Four of them have had coronavirus

Gogglebox is arguably the best it’s ever been. As TV gets more ludicrous and commanding of our most outraged reactions, these people are practically performing a national service by cutting through the bullshit and saying what we’re all thinking. But whatever happened to the original Gogglebox cast members that faded away over the series?

Like Stephen the hairdresser’s mate Chris – he literally just disappears one episode, replaced by Stephen’s mum! Or that German guy who sat there with his family and his daughter’s silent boyfriend? What made the past stars of Gogglebox leave and what are they up to now? 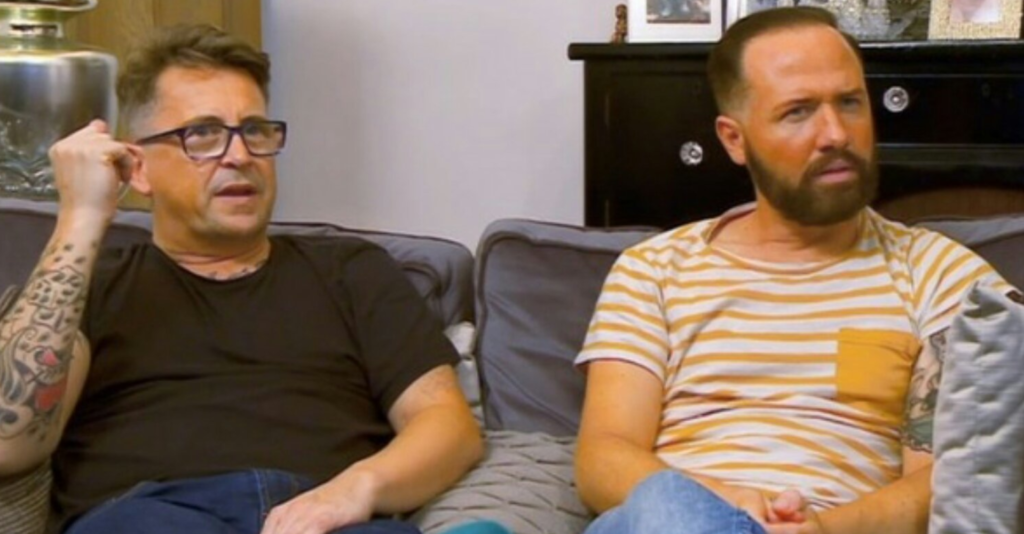 Chris was one of the original Gogglebox cast members with ex-boyfriend and fellow hairdresser Stephen, but suddenly disappeared and was replaced with Stephen’s mum, then Stephen’s husband. But why?

In 2019, Chris came out with a statement claiming that he had been bullied off the show after Stephen decided to go back on their promise 0f breaking away from Gogglebox together and starting their own show.

A year on, I’ve finally had the courage to stand up to a bully and start to tell the story of how @Stephenwebb71 forced me off @C4Gogglebox and how it’s affected my mental health since. Hopefully, the truth of my story will help others who are struggling. https://t.co/0vwclUoonv

Chris told The Mirror: “We had a production company that was interested in taking us on. They wanted to get us out there as a brand. But Stephen decided to copy me into an email to the studio saying he was going to terminate our joint venture. After he sent that email I didn’t speak to him for a little while because I was hurt by it.

“Then the studio called and said they would like to offer us the position back on Gogglebox. I spoke to Stephen and his attitude was ‘I’m not sure I can put up with you every other week filming.’ which was a bit of a blow.”

Stephen declined to provide comment to the mirror. Chris still works as a hairdresser in the Brighton area. 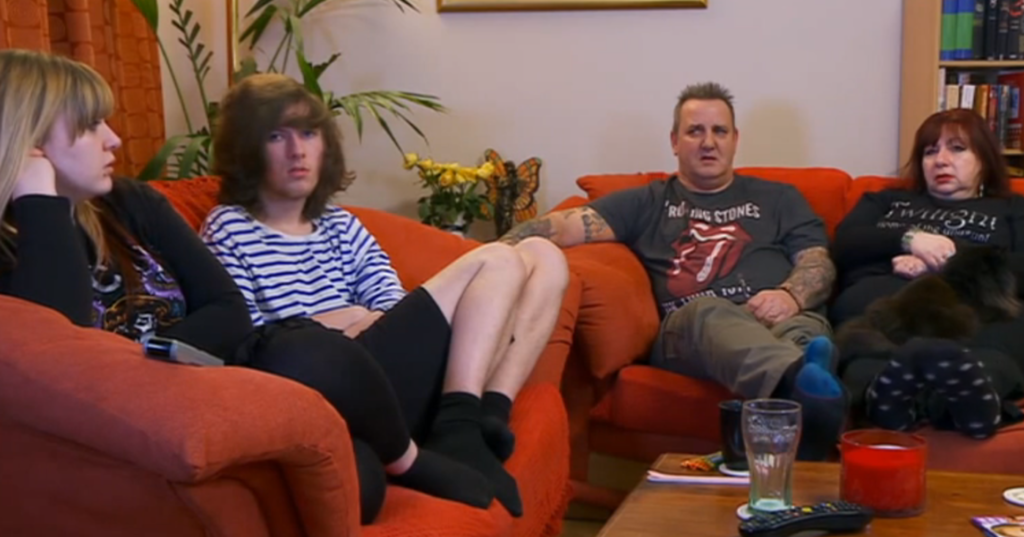 The Woerdenwebers were recognisable for two things: the father’s straight-talking and vaping, and the daughter’s boyfriend who never spoke. Like, at all. In fact, he was even named “Silent Jay” by everyone because that’s pretty much the only character trait he had.

The family, who live in Tranmere on the Wirral, have been up to a lot since leaving the show. As of 2015, the mum Viv runs a shop which stocks everything “goth”, while the dad Ralf works for Bosch. They caused some excitement recently by suggesting that they may appear on the show again:

Aww thank you we miss filming because of lockdown hope to be back soon . Ralf’s always indignant about something you should here him now when social distancing isn’t observed!!*$#£#@! 🤣🤣stay safe and well

The daughter Eve eventually got engaged in 2015 to a guy called Josh, leaving Silent Jay. As of 2015, Silent Jay been working in a bar. And probably still being silent: 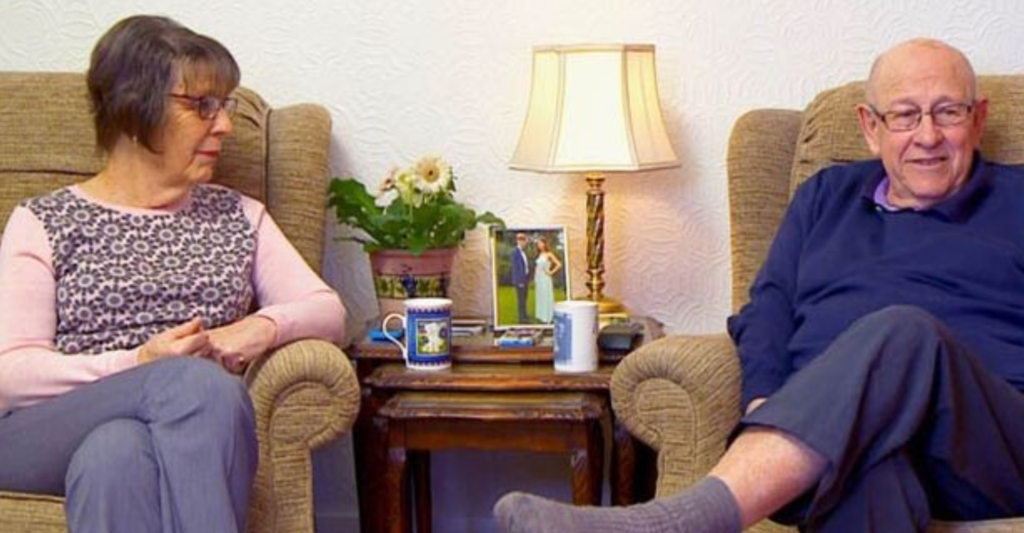 Both retired schoolteachers, Leon and June proved that you could bicker with your partner as much as you could love each other, and they were married since 1960. Unfortunately, Leon died in 2017, and June died in 2o20. Many of the cast paid heartfelt tributes:

Rest in peace June. It was an honour to be on Gogglebox with June and Leon for all those years.

June always took the time to message kind words to me and the boys which shows how lovely a person she was. All my love, thoughts and prayers to the entire family.❤️ pic.twitter.com/WGCO1Ar7o7 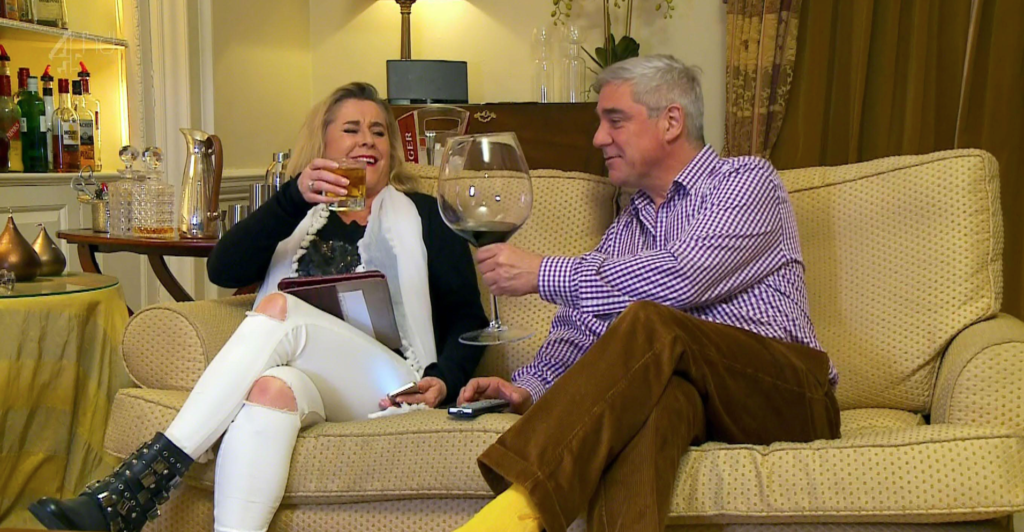 Steph and Dom were everyone’s favourite original Gogglebox cast members because they made us feel okay for the amount we ourselves get pissed on a regular basis. They actually first appeared on Four in a Bed with their hotel, which they purchased in 2004 for £2.6 million.

After Gogglebox, they hosted a radio show for just over a year and a half, finishing in November 2019. They’ve also hosted a couple of TV shows about hotels since. Sadly, their hotel had to be shut down recently because they weren’t making any money from it. They now live in Kingston. 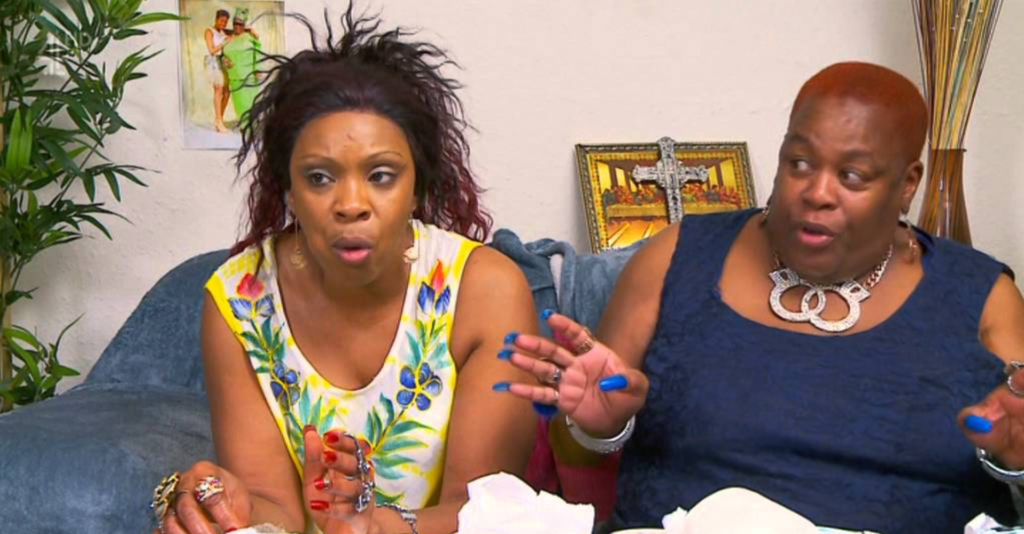 Sandy departed the show after season eight, and Sandra after season nine. After a few appearances on various shows including Celebrity Big Brother, not much has been seen of them on television, and it seems hard times have hit Sandra in particular.

According to The Sun, Sandra now lives in an old people’s home after being made homeless from spending all of her money on haircuts and takeaways. Supposedly she had to “leave her flat in Brixton, South London and was left living off benefits and in cheap hotels.”

As if this wasn’t bad enough, according to The Mirror, Sandra has lost five members of her family to coronavirus: “She lost her friend’s dad, her sister-in-law, her uncle, and her good friend to coronavirus and sister-in-law within a week of each other.” 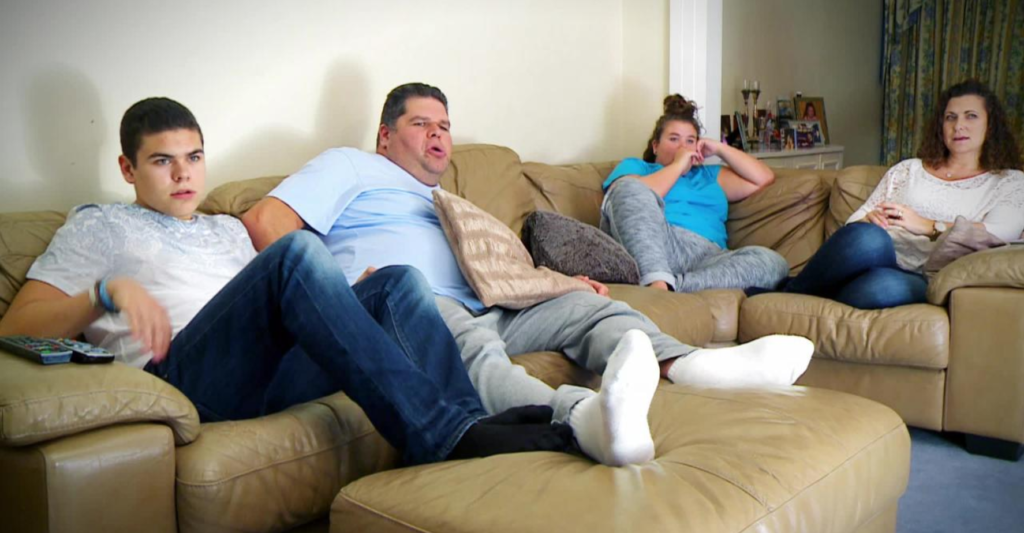 The Tapper family were one of the original Gogglebox cast members, appearing from the beginning until season 11, whilst the son Josh was on until season 10. Jonathan the father ran his own kosher restaurant before becoming a chauffeur, and the mum Nikki was a nursery school teacher.

Josh stepped down from the show due to getting into politics, getting a placement on the Government Communications Apprenticeship scheme, working at Number 10 Downing Street. He now works at a British think tank and charity called Demos. His sister Amy appeared on Celebs Go Dating.

The whole family came down with coronavirus, but dad Johnathan became seriously ill, reportedly struggling to breathe and move. Thankfully he has since recovered.

Kate and Graham appeared on Gogglebox from season three to season seven. Since then, Kate has gone on to do plenty of work in media, having written for The Guardian, The Independent and The Radio Times.

She’s also appeared on multiple game shows, such as 8 Out of 10 Cats, Richard Osman’s House of Games and Pointless. By the looks of it, Graham is as unassuming as ever:

Regular viewers will know the game of Graham Buckaroo. Usually reserved for Christmas fun, we see how many items we can balance on a sleeping Graham. It seems it also works as a year round activity. With Cheerios #GrahamBuckaroo @majordufus pic.twitter.com/dNSee1uRwW

• Raw chicken and pink mash: The 11 most woeful Come Dine With Me meals of all time