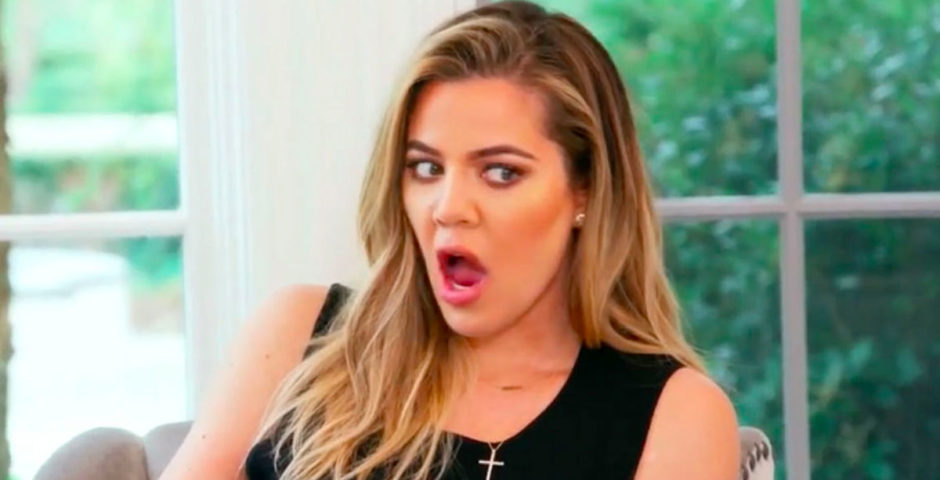 These are the wildest KUWTK moments you totally forgot about

Remember when they brought the FBI in to look for Kourtney’s nudes?

In the 13 years of Keeping Up With The Kardashians there have been a load of iconic unforgettable moments. The Jordyn and Tristan cheating scandal, Caitlyn’s transition, Kim’s 72 day marriage, Kylie keeping her pregnancy a secret and Kim and Kanye’s wedding. These moments will forever be imprinted into our minds.

But there’s still loads of drama that was also truly iconic that is sometimes forgotten about, particularly in the early seasons. Scott used to cheat on Kourtney all the time, Khloé was married to Lamar after a month of knowing him and Kylie used to have thin lips.

There’s a lot of wild moments that truly deserve your attention. The girls’ Dash store was vandalised, Kris got high and Brody revealed Kim once kissed her step brother Brandon.

These are the wildest Keeping Up With The Kardashian moments that need to be remembered:

In the last episode of season one Kim stole Kourtney’s nude photos and because it was 2007, they were proper physical copies. Kim left them in her bag, which was then stolen.

They called in the FBI to help make sure the photos weren’t leaked as Kourtney was underage in them.

The famous quote “Kim can you stop taking pictures of yourself, your sister is going to jail” comes from the first episode of season three of Keeping Up With The Kardashians.

Khloé was arrested in March 2007 for driving under the influence. Then in July 2008 she reported to jail for violating her probation. She was in jail for a total of three hours. Naturally her hair and makeup was done before she went in and Kris suggested stopping off for pancakes on the way.

The girls had their DASH store and it was vandalised

Ok so first of all I always forget the girls had loads of tacky stores called DASH dotted around LA, Miami and New York. In season two a man entered their store, threw a drink at one of the workers and knocked over a mannequin. None of the girls were there but Khloé rushed to the scene.

Khloé married Lamar after one month of dating

I know we all remember Khloe marrying Lamar, but they literally got engaged after one month of seeing each other! One month! They planned the whole wedding in 10 days.

Scott shoved $100 down a waiter’s throat

In the early years of Keeping Up With The Kardashians Scott’s behaviour was out of control and in one episode in season 4 they all go to Las Vegas, where Scott goes off the rails. He gets too drunk and Kris tells the waiter to stop serving Scott alcohol, he gets really mad and shoves a $100 bill down the waiter’s throat.

Kris got a chimpanzee

In season three Kris has a lot of empty nest syndrome, despite Kendall and Kylie still living with her, but they make no money at this point, so they’re effectively useless.

To help Kris out Kim and Kourtney get her a monkey. Kris dresses it up for the show and tries to feed. It was obviously only in it for an episode.

A guy felt Kendall up and Brody went in on him

Just another example of men not respecting women. The Kardashian/Jenner clan were on one of their many extravagant holidays. Brody and Kendall went to go get a drink when a guy felt Kendall up and she tells Brody and he gets very angry. 15 year-old me was shocked when I first saw this.

That same holiday Brody revealed his brother Brandon kissed Kim when they were teenagers. Yes, they’re step siblings and it happened when they were young, but it’s still gross.

2016 was a dramatic year with the Kardashians and Blac Chyna. Kylie was dating Tyga, who had a baby with Blac Chyna, and she was dating Rob. Blac Chyna, Amber Rose and Khloé were also involved in some beef.

But the cherry on top of the dramatic cake is when Rob gave Blac Chyna the iPad, pen and keyboard Kendall had given him for Christmas. Safe to say Kendall was fuming.

Kim got beaten up in a charity boxing match

In season four Kim, Rob and Caitlyin all got involved in a charity boxing match. Kim obviously wore pink boxing shorts and her opponent easily punched her within an inch of her life.

She was drunk, pissed off with all the other kids so got the girls names tattooed on her.

When Kris’ lip swelled up

True Kardashian fans will always remember this iconic moment, but for the non Kardashian obsessed, Kris had an allergic reaction on one of their holidays and her lips swelled up. They all took the piss out of her and it was a funny moment no one should forget.

Kim got flour-bombed at an event

Kim was at her own perfume launch when an anti fur campaigner allegedly shouted “fur hag” and threw flour all over her.

Kim starts investigating crime and goes on a ride along

Before her days studying for a law degree, Kim was very much into solving crimes, she had a few episodes with a private investigator when she helped him on his “missions”. And in one Kourtney and Kim take Miami episode she goes on a ride along.

Kris and MJ ate a few weed gummy bears after MJ was complaining about back pain. They look like they’re having a great time, despite Caityln telling them off.

Kim casually revealed she did ecstasy

Kim is always thought of as the pretty tame sister, she hardly drinks and you never see her get into trouble. In season 15 Kim revealed she has done ecstasy a couple of times including at her first wedding to Damon Thomas.

She also said she was high on ecstasy whilst filming her infamous sex tape.

The first two seasons of Keeping Up With The Kardashians lands on UK Netflix from June 1st. For all the latest Netflix news, drops and memes like The Holy Church of Netflix on Facebook.

•QUIZ: Which Kardashian sister are you, really?