All the crazy differences between The Stranger book and Netflix series

Urrr, The Stranger is a man in the book?

The inspiration for The Stranger novel came after author Harlan Coben read about a woman faking her pregnancy by using a website, like the one featured in The Stranger.

“I read about a woman who had gone to a website to help fool her boyfriend into thinking she was pregnant”, Coben said. “Websites sell fake bellies, fake sonograms, even fake home pregnancy tests that will always show up positive!

“I asked myself, ‘What if a stranger walked up to a man and told him his wife had done this to him?’ ‘What if the stranger could find out more secrets like this?’ That was the seed.”

Coben, who was the creator and executive producer for The Stranger on Netflix, said the main changes made were around the series subplot involving the teenagers.

However there’s some other major plot lines that have been changed from the book – like The Stranger is meant to be a man and Katz is meant to be called ‘Kuntz’, lol. 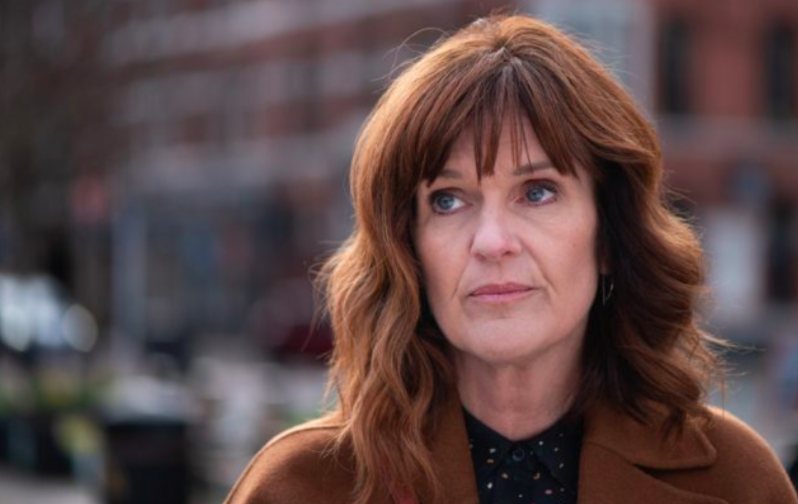 The Stranger is a man in the book

In the book version, The Stranger is a man called Chris Taylor. His dad, like in the Netflix version, is also not his biological father.

Harlan Coben changed The Stranger to a woman after watching Hannah John-Kamen’s audition.

Adam admits to killing Tripp in the book

The Stranger ending shows Adam and Joanna on the football pitch side lines discussing how they covered up Tripp’s murder and added his and Corrine’s deaths to Katz’s prison time. However surprisingly in the book, Adam admits to killing Tripp, claiming it was self-defence. He’s cleared of all charges.

Corrine’s secret of faking her pregnancy comes out in the wash when The Stranger approaches Adam at the football club and reveals all. But in an interesting twist, in the book The Stranger starts off all their shady behaviour working at a fake pregnancy website. 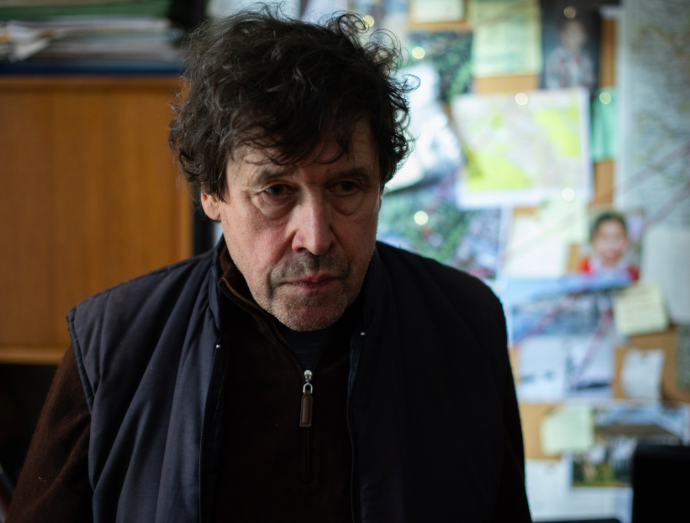 Katz is called ‘Kuntz’ in the book, lol

Katz he has three kids in The Stranger novel, one of which has bone cancer and requires a lot of medical procedures, which Katz works overtime to pay for. In the series, Katz has one daughter called Olivia who is ill all the time, thanks to his wife poisoning her with rat poisoning.

Oh, and in the book Katz is called Kuntz lmao. They obv changed this for the series.

It’s meant to be set in America

The Netflix series is filmed across Manchester and located in the fictional town of Cedarfield. But in the book, The Stranger is located all over the United States.

Adam’s dad is dead in The Stranger novel

He died of a heart attack.

DC Wesley Ross’ character was made for Netflix

In the book, Norbert Prendergast is Detective Joanna’s side kick.

DC Wesley Ross was brought into the Netflix show to be Joanna’s right hand man, and to be someone more brotherly who she could mess around with and banter.

In the book, The Stranger works alongside four people, not one

Eduardo, Merton, Ingrid and Gabrielle all work alongside The Stranger in the book. In the Netflix series, we only see The Stranger work with Ingrid.

In the book, Killane’s wife has dementia. He doesn’t want to move so she won’t recognise her surroundings. In the series, Killane’s murdered her and hid her in the walls.