Did you audibly gasp at *that* scene at the end of Netflix’s The Stranger? If you didn’t, were we even watching the same show? The Stranger ending finally wrapped up a lot of the loose storylines connecting all the characters together, but you’d be forgiven for getting slightly lost along the way, especially when you find out The Stranger is Adam Price’s half-sister and Katz’s boss was the sugar daddy sleeping with Heidi’s daughter.

It’s like that meme of the guy with the huge map trying to connect everything together. Yeah, that’s really resonating.

Me trying to figure out what the hell is going on #TheStranger pic.twitter.com/eqfdf1B0gS

But The Stranger ending also left a lot of questions, like is there going to be a The Stranger season two? Will The Stranger mess up the Price’s life again now Adam’s murdered his neighbour? And why did The Stranger give Adam the gun in the ambulance??

Here’s a detailed run through of Netflix’s The Stranger ending explained, and a reminder of how all the characters know one another

We find out Corrine was murdered by Tripp

At the end of Netflix’s The Stranger, we finally find out what happens to Corrine in The Stranger. Corrine, who goes missing at the end of episode one after having a bust up with Adam over her fake pregnancy, has been murdered by none other than Tripp, the Price’s neighbour. The whole time you’re asking did Corrine kill herself? Is Corrine The Stranger? Did Corrine run away with all the club’s money? When really, it turns out she was dead all along.

Tripp stole money from the club, and convinced Bob Corrine was going to blame him

Tripp stole thousands of pounds from the sports club to fund his lavish lifestyle. Corrine, who was the club’s treasurer, knew Tripp had stolen the money, but as a family friend gave him an opportunity to pay all the money back. Bob, the football manager, was convinced by Tripp that Corrine was going to blame Bob for the lost money due to him expensing unnecessary things during a trip to Harrogate.

Bob hired The Stranger to dig dirt on Corrine

Because of this, Bob hires The Stranger to do some digging on Corrine. So Tripp never hired The Stranger to tell Adam Corrine faked her pregnancy. The Stranger only told Adam because whilst digging dirt for Bob, she found out who her real father was (Adam’s dad) and that Corrine had faked being pregnant. As someone big into not having any secrets, she was trying to protect her new found family by telling Adam.

When Tripp failed to repay the lost money, Corrine confronted him, telling him he’d ran out of time (as we saw when they were arguing in his garage). Because of this, Tripp smacks her with a hammer, killing her. At The Stranger ending, we see he buried her in the woods.

Jo makes it look like Katz killed Corrine and Tripp

All of this comes out when Adam is taken to Corrine’s body by Tripp. After revealing all, Adam shoots Tripp, killing him. Jo, the detective, sees Adam has killed Tripp, but decides to cover up the murder by wiping the gun all over Tripp’s t-shirt and putting it back in The Stranger’s house, where Katz had shot both The Stranger and her friend Ingrid. By doing this, it makes it look like Katz shot Tripp and killed Corrine, allowing Adam to go free. The Stranger ending shows The Stranger watching Adam and Jo talk, making me think season two?????

If this scene doesn’t bring on a The Stranger season two, I don’t know what will

How all the characters link to one another in The Stranger

Look, there’s nothing wrong with feeling like you need to be in the FBI to fully understand all the links between The Stranger characters. Episode by episode, you were trying to piece together how one character was working for another, and who was doing something dodgy and probably criminal with another character.

But chill – here’s how all The Stranger characters connect to one another:

The Price family The Stranger

Adam Price is The Stranger’s step-sister. We find this out when The Stranger discovers she is Adam’s dad’s biological daughter. Adam’s dad, who is also a lawyer, was known for sleeping around a lot when Adam was younger, so it’s not a complete surprise to find he has more unknown children.

Killane’s long lost daughter, Chrissy, is The Stranger. Killane murders his wife in order to keep Chrissy leaving the family home. However, Killane is not Chrissy’s biological father like he thinks he is – Adam’s dad is. 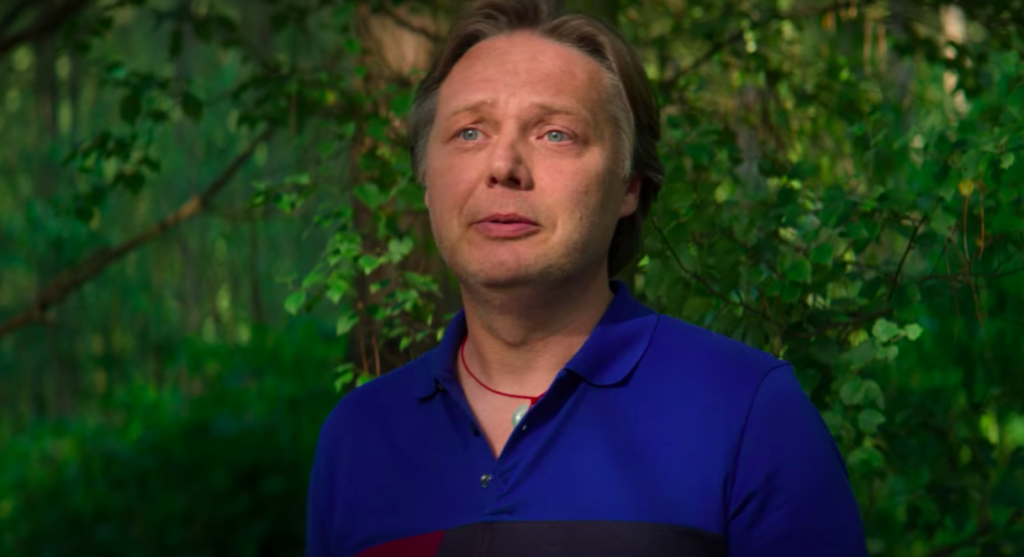 Heidi, Katz, Jo and The Stranger

Katz kills Heidi when she tries to escape her bakery. Katz works for a posh bloke called Powers, and is employed to investigate the person who is blackmailing Powers (The Stranger). Katz goes to Heidi, as she too has been blackmailed for £10,000, to get information on The Stranger. Heidi is being blackmailed because her daughter, Kitty, is a sugar baby, with one of her sugar daddies being Powers.

Jo connects to both of them, due to Heidi being her best friend and Katz being her colleague.

The football club, Price family and The Stranger

Okay, in short, The Stranger was hired by Bob at the football club to investigate Corrine, because Tripp (also from the club) convinced him she was going to blame Bob for the missing money. The Stranger only told Adam Price his wife faked the pregnancy when looking into Corrine for Bob, and after she discovered her and Adam were related. This is essentially what we’re told in The Stranger ending.

Tripp’s family and the Price family

Urrr, anyone else think it’s kind of awkward Tripp killed Thomas and Ryan’s mum, and Adam killed Tripp – Thomas’ best mate’s dad? That’s some serious therapy right there. Both events happened because of The Stranger revealing the fake pregnancy secret to Adam, which caused Corrine to think Tripp had been digging up dirt on her, to which she retaliated by saying he’d ran out of time to pay back the money lost in the football club. This ultimately caused her death. Which in turn, meant Adam went on this investigatory whirlwind hunting down The Stranger thinking she was connected to his wife’s disappearance, when it was Tripp all along.