Holly and Phil have attempted to silence rumours of a rift between them after numerous reports that their friendship is on the rocks.

King of daytime TV Phillip Schofield told Radio 1 Newsbeat that anyone who thinks that they’ve fallen out is “mistaken”.

His This Morning co-host Holly Willoughby followed up by commenting it would be “impossible” to do the job “without getting along.”

The pair were at the Dancing on Ice launch when Holly commented they are so close they even holiday together. Phillip even said Holly is “like the sister I’ve never had.”

This is not first time Phillip Schofield has come under fire for rift allegations, first with Holly and numerous other ITV presenters.

The Sun reported eight ITV presenters have complained of a toxic environment caused by Phillip Schofield.

Just who does Phillip Schofield have beef with?

The iconic presenting duo began working together on This Morning over 10 years ago and appear to have a perfect friendship.

However recently there have been reports of Phil’s jealously of Holly’s growing success.

When Holly won a Bafta for co-hosting I’m a Celeb last year alongside Dec, Phillip was apparently “furious” and “didn’t want Holly mentioning her triumph when they reunited on This Morning.” 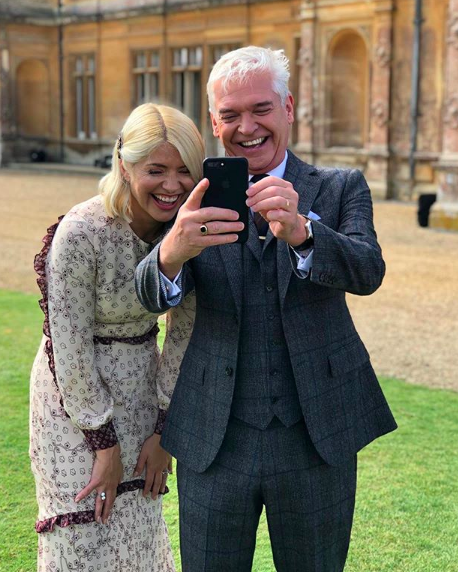 Phillip and Holly were also in a reported bust-up over a Sunday Times Magazine cover, which featured Holly with a cartoon crown and the title “Queen Holly”.

Phillip was apparently fuming, and the mag had to issue an apology letter. The cover with the crown is missing from the mag’s Instagram.

More drama occurred when Holly reportedly didn’t want videos of her knocking back shots to appear on Phillip’s Snapchat, and had to get their shared agent to deliver the awkward message.

This is a widely documented feud and has actually been publicly confirmed by Amanda herself.

It mainly stems from Phillip reportedly stopping Amanda being Holly’s replacement when filming I’m a Celeb last year, instead lobbying for Rochelle Humes to be his co-presenter because she was “easier to manage on air”.

Phillip then went on to deny the accusations on Twitter, claiming they were “untrue” and that it caused him a “very sad weekend.”

The end of another really sad weekend. When you try for 35 years to be the easiest, most fun person to work with and you read such hurtful and wildly untrue stories from nameless ‘sources’. Obviously I’ll take it on the chin.. I just hope you know me better.

Amanda has spoken about the disagreement on her Heart radio show and told how she had actually tried to reconcile with Phillip over coffee, but sadly he never replied to her.

We’ve all been there Amanda.

Amanda was also asked on the radio show what three things she wouldn’t want to find in her home, to which she replied: “Spiders, flies and Phillip Schofield.”

Fellow This Morning presenters Ruth and Eamonn Holmes are also reported to be annoyed with Phillip’s behaviour.

Ruth has made an official complaint to ITV’s head of daytime TV after an incident in April.

In a recently unearthed video, Phil cuts Ruth off and Ruth is seen throwing a pen in fury on Loose Women in response, saying: “Well I only had about two more words to say… don’t worry.” 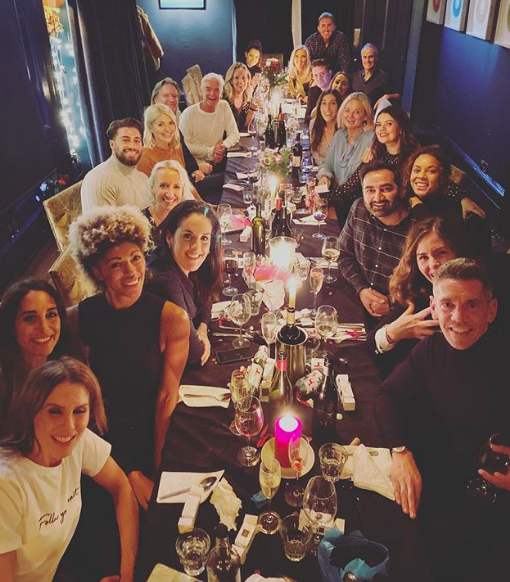 Ruth and Eammon reportedly skipped out on the swanky This Morning Christmas party to avoid Phil, and they also didn’t invite him to Eammon’s 60th birthday bash, as it was a small intimate affair of “60 people”.

Dramatic to say the least.

•Sure, Phillip Schofield is hot, but look how H-O-T young Schofe was back in the day

•Which iconic Phillip Schofield Snapchat are your Soton halls?