Maybe you might actually get rid of that £50k

Labour will launch an official consultation into wiping out student debt, John McDonnell has told The Tab, providing new clarity on what Labour will do for students graduating thousands of pounds in the red.

The Shadow Chancellor told The Tab: "When we get into government we'll do a proper consultation about how we go about it."

In the past, Labour have been vague on what they'll actually do about existing debt. Last week, McDonnell told Radio 4 Labour would "look at" graduate debt, which was echoed by Corbyn at Labour's manifesto launch on Thursday, who said "we'll look at the burden".

On Monday, Corbyn told Metro: "We are looking at how we can support those who are suffering from a student debt at the present time".

Now, beyond that vagueness, his left-hand man has said they'll launch an actual, official process. 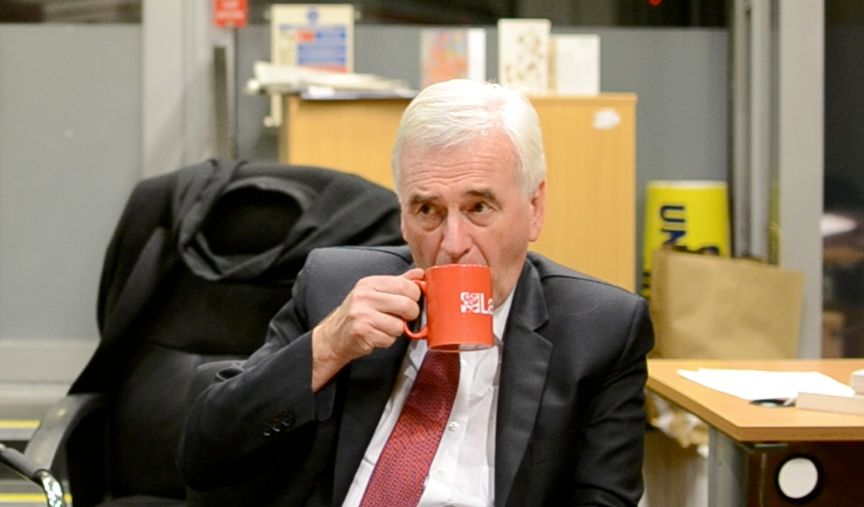 In an interview with The Tab at Labour HQ, McDonnell tore into the existing student debt system, and said Labour would try to bring other parties along as they launched a consultation.

McDonnell said Labour will be "looking seriously at the options that we've got."

"I keep saying to the government, the system isn't working. I don't want to sound conceited but but Jeremy and I both predicted that the system wouldn't work. We said it would rack up debt that was unsustainable, that students often wouldn't be able to pay it, and then the government would eventually have to write it off."

He defended his past record of opposing student fees, saying: "You look at some of the speeches we both did then, that's why we voted against it. That's exactly what's happening. The government has just been writing debt off so it's unsustainable. It's not working."

Then, outlining some plans, the Shadow Chancellor said: "We've got to look at the options. I'm trying to say to the other political parties, you better get on board with us on this one because you can't go on like this. The system's collapsing anyway.

"When we get into government we'll do a proper consultation about how we go about it.

"There's a whole range of technical things we can do to alleviate the debt burden on people immediately. I want to bring people with me."

Asked about his preferred outcome for student debt, McDonnell said: "At the moment, there's an element of government write-off. We've got to sustain that, and we've got to have a more realistic, objective assessment of what that would mean in the future.

"I don't want to reveal too much at the moment, because, again, when we get into government, I want to make sure we take people with us on it, and that we build consensus.

"I know that sounds a bit feeble but on something like this, you need to make sure people understand the issue, the actions available, and then the consequences.

"It's part of Jeremy Corbyn's style, building a consensus."

Last election, Corbyn heavily implied Labour would write off existing debt. In the years since, Labour have stepped back from that edge and only said they would "look at" existing debt.

In their manifesto, Labour pledged to get rid of tuition fees and bring back maintenance grants. The manifesto mentioned the £57,000 debt most grads leave uni with, but didn't say what Labour would do.

However, a government consultation is a formal process. Responses are open to members of the public, and the process usually lasts 12 weeks.

• Jeremy Corbyn took over a uni yesterday. Here’s what happened

• Jeremy Corbyn has heavily implied that he would write off historic student debt, even if you’ve already graduated