Rebekah Vardy is getting a forensics team involved?!

In the past day everyone has been talking about Coleen Rooney and Rebekah Vardy. The WAGs have been at it since Coleen sent a tweet that accused someone using Rebekah Vardy’s Instagram account of leaking stories about her to The Sun.

And now there’s memes everywhere, Coleen is being compared to Agatha Christie for her top notch investigative journalism detective work and of course, Becky Vardy is denying the whole thing. The drama has been a lot. So here’s a rundown of absolutely everything that has gone down between Coleen Rooney and Rebekah Vardy in the last day.

The whole drama started yesterday, when Coleen Rooney said in a wild tweet that stories about her were being sold to The Sun newspaper. But WAGatha Christie Coleen Rooney was one step ahead of the game and said she had suspicions about who it was selling the stories about her. So she blocked every account on her private Instagram from viewing her stories apart from one account, and began posting fake stories to see if they would get picked up – which they were. The one account that was still able to see everything? It’s………. Rebekah Vardy’s account.

This has been a burden in my life for a few years now and finally I have got to the bottom of it…… pic.twitter.com/0YqJAoXuK1

The world went wild and the memes were on fire

After that, everyone went nuts for the story. There were hundreds of Coleen Rooney and Rebekah Vardy memes and it was being talked about everywhere.

Twitter was in meltdown, newspapers stopped press and breakfast shows this morning were lapping it up. 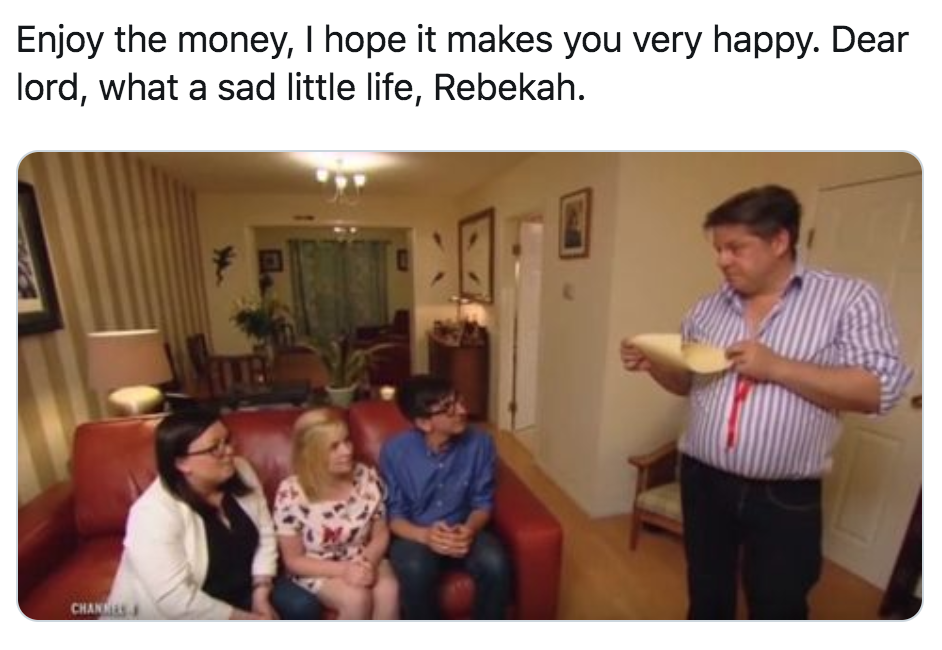 Rebekah Vardy has denied it all, of course

Rebekah Vardy is obviously denying all involvement in Instagram-gate. She posted a note, that appears to be addressed to Coleen, on Instagram. It was captioned: “Can’t believe I’m even having to write this. I’m pregnant & on holiday & am at a loss to why she would do this. I’m now having to take legal advice as I can’t deal with this stress myself when I’m this pregnant.” 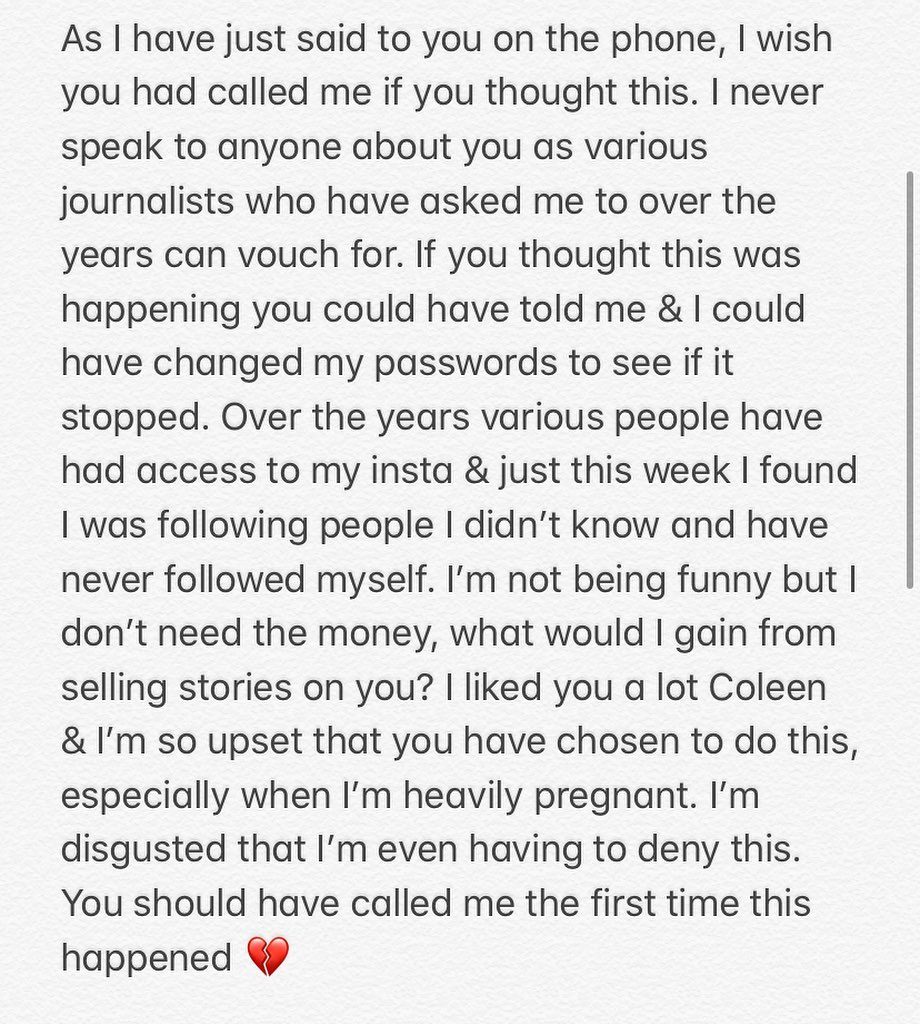 The note said: “As I have just said to you on the phone, I wish you had called me if you thought this. I never speak to anyone about you as various journalists who have asked me to over the years can vouch for. If you thought this was happening you could have told me and I could have changed my passwords to see if it stopped.

“Over the years various people have had access to my Insta and just this week I found i was following people I didn’t know and have never followed myself.  I’m not being funny but I don’t need the money, what would I gain from selling stories on you? I liked you a lot Coleen and I’m so upset that you have chosen to do this, especially when I’m heavily pregnant.

“I’m disgusted that I’m even having to deny this. You should have called me the first time this happened.”

Rebekah allegedly sold three stories to The Sun about Coleen Rooney. Someone on Twitter has noticed that Rebekah Vardy’s Instagram account is following the reporters that wrote the fake stories about Coleen. ?

she actually follows the person that wrote the article ???? pic.twitter.com/qhXThUN4gE

Apparently Rebekah was ‘inconsolable’ and ‘begged’ for Coleen’s forgiveness

According to The Sun, Rebekah Vardy sobbed down the phone to Coleen Rooney after being accused of leaking stories about her.

A source said: “Becky was really upset and pleaded with Coleen to believe she hasn’t gone behind her back. She really did want to smooth things over in the friendliest way possible and tried to get Coleen to see it from her point of view by staying calm.

“But as soon as the phone went down, Becky started mulling over their call and was furious about how she’d attempted to call her out publicly without speaking to her. When she posted her own message on social media, she did it to put the boot into Coleen. They will never be friends again after this.”

The Mirror reported a friend of Rebekah’s said: “She rarely cries, if at all. She’s a tough character. But she’s inconsolable. She’s crying her eyes out and is heavily pregnant. Coleen knew Becky and was friendly with her and she didn’t know there were any issues. Now she’s getting relentlessly trolled and is just beside herself.” 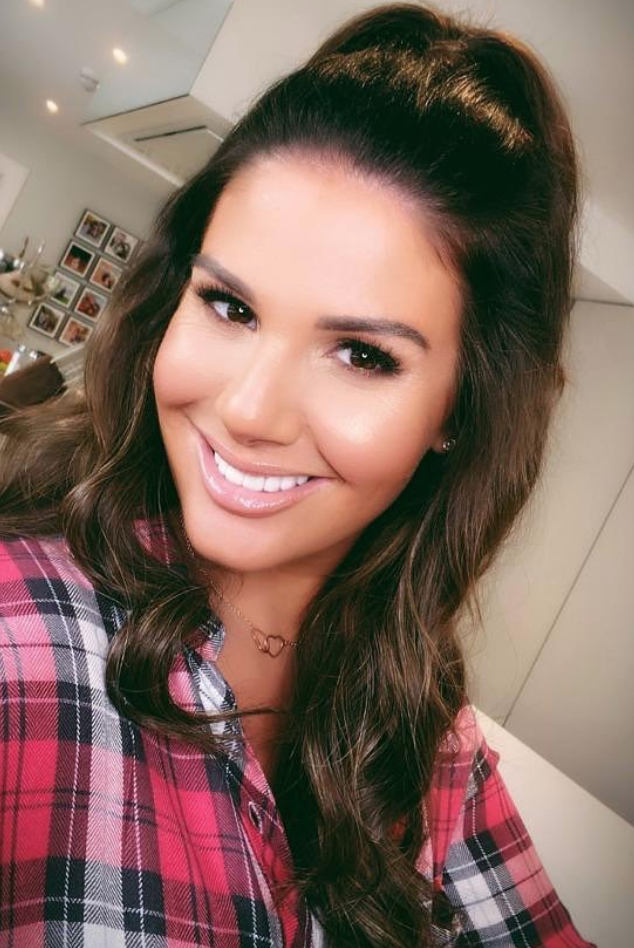 And now Rebekah is said to be hiring a forensic IT expert to prove that she’s innocent. This came after a representative for Coleen said: “It is irrefutable that the leaks came from one account, and one account only.”

A source told The Daily Mail Rebekah is flying home from her ruined holiday in Dubai and “is working with a lawyer and IT experts who can look at the forensics of her Instagram, which several people have access to.”

This just got veeeery deep.

TV personality Lizzie Cundy, who is friends with both Coleen and Becky, said in an interview with Channel 5 News she is in “total shock” over the drama. She said Coleen has been “doing her detective work for a couple of years now”.

She added she finds it “very tough” to believe Becky would have done it, but Coleen must have had “concrete evidence” to put it out the way she did. Lizzie said there is “no way” Coleen would have posted unless she knew 100 per cent. 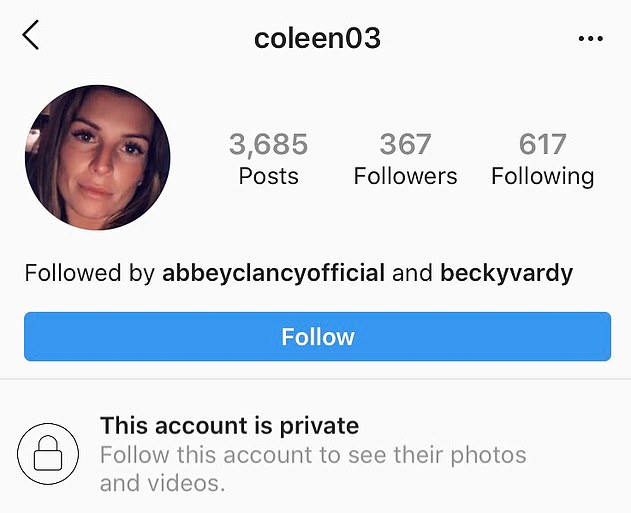 Rebekah Vardy has sold stories to the press in the past

According to The Guardian: “Public records show that Vardy has previously provided The Sun with articles. In 2017 her agent approached the newspaper’s Sunday edition to offer an interview about her past relationships which was promoted on the newspaper’s front page, according to a subsequent complaint filed with press regulator Ipso.

“She previously sold a story to the News of the World in 2004 about her brief relationship with the singer Peter Andre, although she has since insisted she was coerced into doing so.”

What does every good drama need? A Netflix documentary. And Netflix always gives the people what they want. When the drama was at its peak and the memes were coming in thick and fast, Netflix tweeted saying: “We’re going to have to make a documentary about this, aren’t we”.

we're going to have to make a documentary about this, aren't we

YES NETFLIX, YES YOU ARE.

Someone has even gone to the trouble of designing the imagery for it. I’m so ready.

And the number is still rising, at the time this article was published the account had 410k followers, a further 25k from yesterday.

INJECT THE DRAMA INTO MY VEINS.

Featured image via Coleen Rooney and Rebekah Vardy on Instagram.

• QUIZ: Are you a Coleen or a Rebekah?