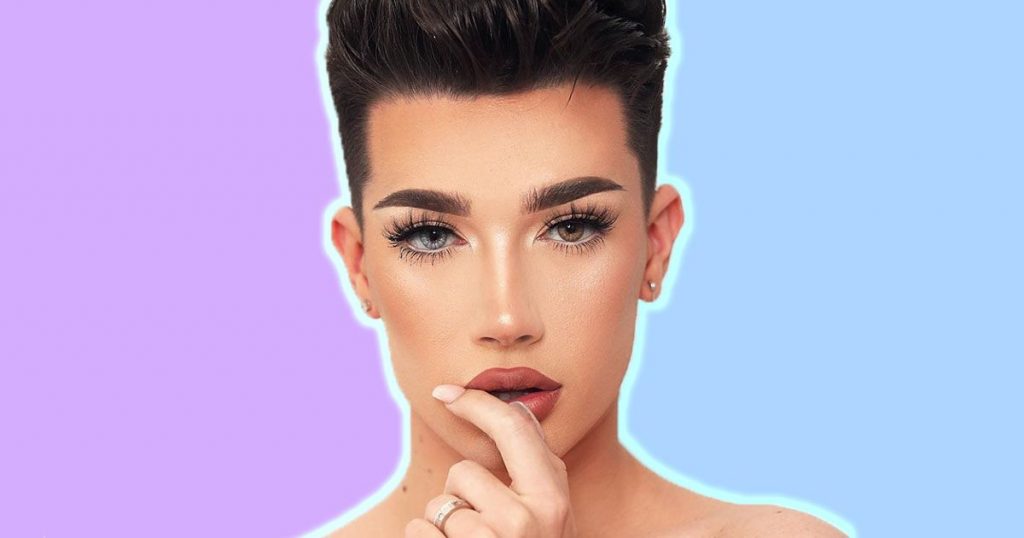 James Charles’s cancellation was the biggest pop culture moment of 2019. After a fallout, Tati Westbrook made a video accusing him of predatory behaviour, and his reputation suffered irreparably as a result. The memes were savage, celebrities were quick to disown him, and even Tati Westbrook herself felt the need to tell people to stop hating on him. James also uploaded a video to clear his name. But it was too late – the damage had been done.

But here’s the real tea. The reason everyone enjoyed the “cancel James Charles” party as much as they did was because it fed directly into a homophobic narrative that loves to paint gay men as predators. Once allegations began to surface, it was like all the straight men who feel insecure around gay men suddenly had an excuse to air their prejudices.

James Charles was being used as a scapegoat for toxic homophobic anger, and here’s how:

In the “No More Lies” video, James Charles holds his hands up and says he’s slid into DMs of guys he’s interested in. Loads of alleged DMs were leaked in the wake of Tati’s video. They say things like “hi daddy”, “lmao you’re hot”, “oh wow you’re so hot”, “you’re extremely good looking”, “you are so nice and funny and also so cute”, “wow really shot my shot and missed there”, and “how are you – you’re very attractive lmao.”

While not exactly subtle, it’s hardly what you’d call predatory. It’s the sort of message you might get on Tinder and ignore. Plenty of straight celebs have DM’d fans in the past and no one’s bat an eye. The idea of James Charles doing the same to straight guys only makes people uncomfortable because he’s gay.

It feels odd in 2019 to remind people that sexuality is fluid, but here we are: Labels like “straight” and “gay” do not dictate who people chose to be intimate with.

Men who identify as straight hook up with men who identify as gay a lot. Don’t believe me? Download Grindr and see how many profiles within 20 feet of you are straight men looking to shag. This, James says, is what he and Jeffree Star have been referring to when they’ve said they have spoken about being interested in straight men.

Ultimately, Jeffree Star outlines it best, saying: “I am not attracted to anyone but what we call in this world as a ‘straight male’, or a ‘normal dude’ and what I mean by that is I’m really into straight guys.

“I have always been into straight men and the problem with that, my entire life, is that I’ve never found real love because straight men – behind closed doors – they love people like me. They love hooking up. They love having fun. They love the relationship as long as other people don’t know.”

It’s not a subject which is spoken about a lot, but it’s also not a case of “predatory” gays taking advantage of unsuspecting and vulnerable straight guys.

Zara Larson joining in on the fun was peak straight privilege

So if you missed this tidbit, Zara Larsson waded in on the cancellation by saying: “I’m cackling because he [James] hit up my boyfriend in the DMs multiple times knowing goddamn well he’s straight,” before clarifying that this was somewhat of an exaggeration.

And yet, Zara herself found her boyfriend by thirst-tweeting him. At the time, people thought this was great – that Zara had got her man by shooting her shot. James doing more or less the same thing is supposedly only unacceptable because the men he messaged were predominantly straight.

Zara’s reaction to being called out by James was to compare his behaviour to a straight man trying to “turn” a lesbian. This kind of comparison completely misses the fact that the power dynamic between a man and a woman is different to that of two guys. In any case, James repeatedly says his interactions with these boys were consensual.

Zara’s tweet was liked over half a million times before it was deleted, because people just love jeering at a gay teenager daring to approach a straight man.

Describing what it’s like to grow up gay, James hits the nail on the head. While most of his mates were experiencing their first kiss or their first relationship and talking openly about it, James was looking at online forums in an attempt to educate himself.

Like James, most gay teens simply don’t get to have the same dialogue about sex and relationships as their straight peers, leaving their understanding stunted. Most of them don’t even come out as early as James did. Trying to navigate coming out of the closet as well as the messed up world of sex would be a lot to manage even at uni, so imagine trying to do that under the glare of the YouTube spotlight.

the only picture I got of my outfit yesterday ?

James is movingly upfront about his virginity and immaturity when it comes to discussing sex and relationships. That kind of honesty and representation is rare, since gay role models in in the media either don’t talk about these problems, are much older, or just seem to have it all figured out.

James Charles is a 19-year-old. Yes he’s an adult, but he’s one who has grown up under the eyes of millions of viewers. While he presents himself as sure in his identity and confident in his sexuality, the reality is different. 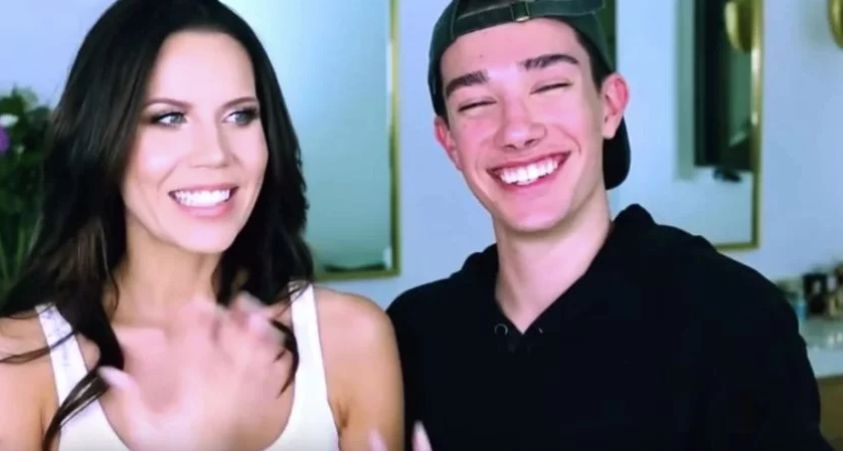 As he says himself, James hasn’t got the best grounding when it comes to approaching guys he’s interested in. Knowing just how naive he is makes him more relatable than you might think – there will be thousands of closeted gays who empathise with just how much James has to learn. The kind of representation James offers is rare, and to see it suppressed by a heteronormative audience who find it uncomfortable is troubling.

Tati Westbrook, on the other hand, is a 37-year-old woman. In her “BYE SISTER” video, she bigs up just how much of a mother figure she has been to James, all the while throwing shots at James’s own mother. But is it not odd for a mother figure to dedicate a 40-minute video whose sole purpose is to tarnish the reputation of its subject? Tati later claimed she had no idea the video would cause the uproar it did, meanwhile James said the hate it triggered sent him to a “dark place” he was worried he might not have come back from.

Celebrating the actions of a grown woman abusing a position of trust – not only to humiliate publicly someone who regarded her as a mentor figure, but to wreck their mental health also, is deeply fucked up.

Logan Paul filmed a dead body in a forest, terrorists have been filmed shouting “subscribe to Pewdiepie” before launching attacks, and this YouTuber kissed his actual mum for a prank. There’s more to James Charles’s downfall than a simple narrative of “arrogant YouTuber gets called out and loses three million subscribers.”

We were quick to believe every allegation made against James Charles, and now that he’s debunked many of them, we have to ask ourselves why that was. The narrative that casts gay men as desperate predators out to steal straight women’s boyfriends came out in full force when it was time to cancel James Charles, and we all went with it.

• A comprehensive ranking of the UK’s most insufferable YouTubers