Tati has uploaded ANOTHER video about James Charles

She wants people to stop hating him

Tati Westbrook has uploaded another video explaining why she chose to call out James Charles last weekend.

In the 18-minute video, she says she wants to stop “the hate” directed towards her former protégé, and that she would “give back” all the subscribers she’s gained from the controversy.

Tati also claims the video was meant to be a “wake up call” for James, after previous attempts to reach the 19-year-old had failed.

She announced she will be taking a break from YouTube following the controversy.

If you don’t want to watch the 18-minute video, these are the main points covered:

She was surprised at the level of controversy the video created

Tati Westbrook tells viewers: “All of this has been way way bigger than anyone could have ever imagined.

“Never in a million years did I think the situation would reach what it did.”

Tati explains that, as a YouTuber with a smaller audience, she expected her video to be met with more backlash – including a drop in subscribers. In making the video, she thought she “would be the one to take the hit” in calling James Charles out.

She says: “I thought I was going against millions and millions of subscribers, and that my separate part of the internet – my five million – would be affected and that I would be the one losing subscribers for speaking up.”

Tati Westbrook says, while she knew the video would be controversial, she did not make it with the purpose of damaging James Charles’s career.

She maintains the video was intended as a “wake-up call”, as James “had become completely unreachable.”

“I had been trying to deliver the same message so many times because this wasn’t just about one thing.”

Brought my 24 hr wear foundation to Vegas 😎🎲🎰✨Who Watched the video? Link is in my bio.

Tati Westbrook was motivated by friendship, not contractual obligation, saying: “I care about you and I think you’re in a lot of trouble – and you need to stop behaving this way because it’s gonna go real bad if you don’t.”

She claims the relationship between the pair was one of “no respect” and was all “on his terms.”

“That showed me there was never going to be any getting through to him – face to face or on the phone.

“This was a last ditch effort for me to be really loud and vocal – and to wake up someone that I really love and still do before they go and make some serious mistakes.”

She thinks people are focussing on the wrong things

Tati Westrbook points out that viewers have been quick to “zero in on” aspects of the video – including her and her business, betrayal, “the allegation of the guy in Seattle”. She claims the real focus should be on James’s responsibility to his young audience.

LOADING… MAKEUP 75% COMPLETE 🔁 have you guys seen my new video yet?! 🥰 recreated from my babe @keilidhmua @cakefacerj

“It’s about someone who reaches out across platforms of 30 million people, who are predominantly children.”

Tati later adds: “[For people] to have it shrugged off and laughed about is not okay.”

“I want the picking sides, the abusive memes, and the language – all of that – I really hope on both sides it can stop.

“I don’t hate James Charles – I don’t want you guys hating on him.” 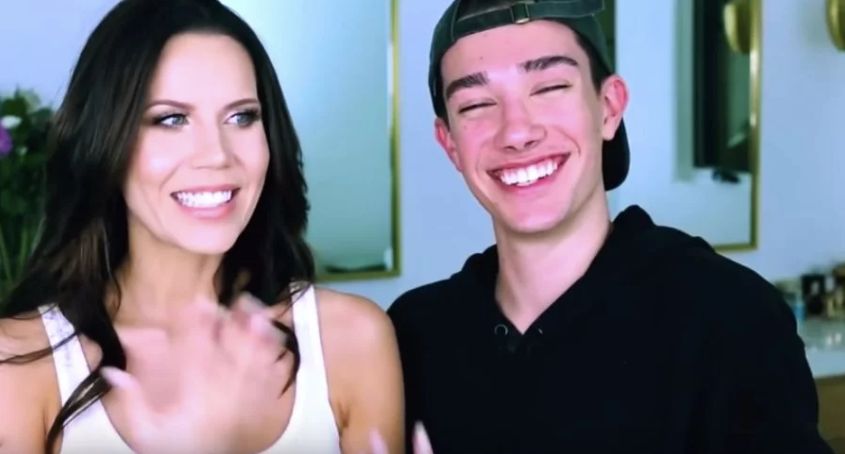 She says she “can’t even go online” as the level of internet hate towards James is too extreme.

“It’s painful to watch someone you have cared about be dragged and to know that this all started because of me. I don’t think anyone deserves that.”

Tati Westbrook tells viewers she was planning on meeting James that night at one of the Google offices “in a safe space”. She acknowledges the relationship will likely “never be repaired,” but still wanted the chance to talk to him.

“I’d wanted the opportunity to tell him to his face that I don’t hate him. I love him.”

She also advises James to “seek out” better people to surround himself with – not just those “on his payroll”.

She doesn’t regret uploading the video

She explains how she could not ignore Charles’s behaviour any longer, and would have regretted not calling it out.

“No one’s really stopping him. No one’s gonna get through to him. This is gonna end badly – then I will have to sit for the rest of my life and feel like I never said anything.”

She maintains James was nearly 20 years old, and recalls telling herself it was “time [for him] to grow up”.

“Someone owed him to say something,” she adds. Tati also believes we now “owe it to James to let him figure it out and heal.”

She later says: “I hope that one day he’ll be able to look back and see this was from a good place.

“I feel like a very public conversation was had between me and James Charles and I’m sad that it had to get to that, but he did publicly apologise. I’m hoping we can leave it at that and close this up.”

Tati Westbrook maintains she did not upload the video to gain popularity, and would ‘give back’ all the subscribers she gained

She claims the controversy was not about her and that she doesn’t “need team Tati.”

“There is no celebration in what’s happening. If I could give all the new success back and all the new subscribers back, I would. That’s not why I did this.”

my first met gala 🥺 thank you so much @youtube for inviting me and @alexanderwangny for dressing me! 💕 being invited to such an important event like the ball is such an honor and a step forward in the right direction for influencer representation in the media and I am so excited to be a catalyst. video coming tomorrow!

“When someone is called out on their crap, they can do a few different things. They can change and make a great comeback and really look at what they’re doing that’s not right and fix it – that’s what I hope for.

“I was offered to do interviews and if I really wanted to cancel James Charles, I’d have been at every studio. I’d have been sharing every little detail that I could.”

Tati says she’ll be taking a break from YouTube

Tati tells fans she won’t be filming again “for a while” and that any future uploads would be “pre-filmed stuff.”

She says: “I’ve always wanted my channel to be an escape where I can play with make-up and fun stuff like that – and I still want my channel to be that. But right now, I need to take a time out.”

Tati’s “BYE SISTER” video has been viewed 47 million times. In the clip, she accuses James of coercing straight men into relationships with him.

In response, James uploaded a video apologising to Tati and his fans.

• People are destroying their James Charles palettes after he got cancelled