This is so messy

This weekend the YouTube world was shook when beauty vlogger Tati Westbrook released a video full of accusations against fellow YouTuber James Charles. His former mentor Tati accused him of predatory behaviour and personal betrayal. James has since lost nearly three million subscribers on YouTube, whilst Tati's subscriber count has nearly doubled. Now, more and more people are coming forward with James Charles screenshots, which appear to show him sliding into their DMs.

Influencers, fans and fellow YouTubers are sharing their alleged experiences with James Charles all over social media. There are A LOT of leaked screenshots.

Here are all the alleged James Charles screenshots on social media:

The model and influencer, Jay Alvarrez, posted on Instagram screenshots of what appear to be his messages with James Charles. Jay Alvarez revealed James Charles had allegedly DM'ed him when he shared the screenshot on Instagram, captioning it: "People give this kid too much props. He got no game." 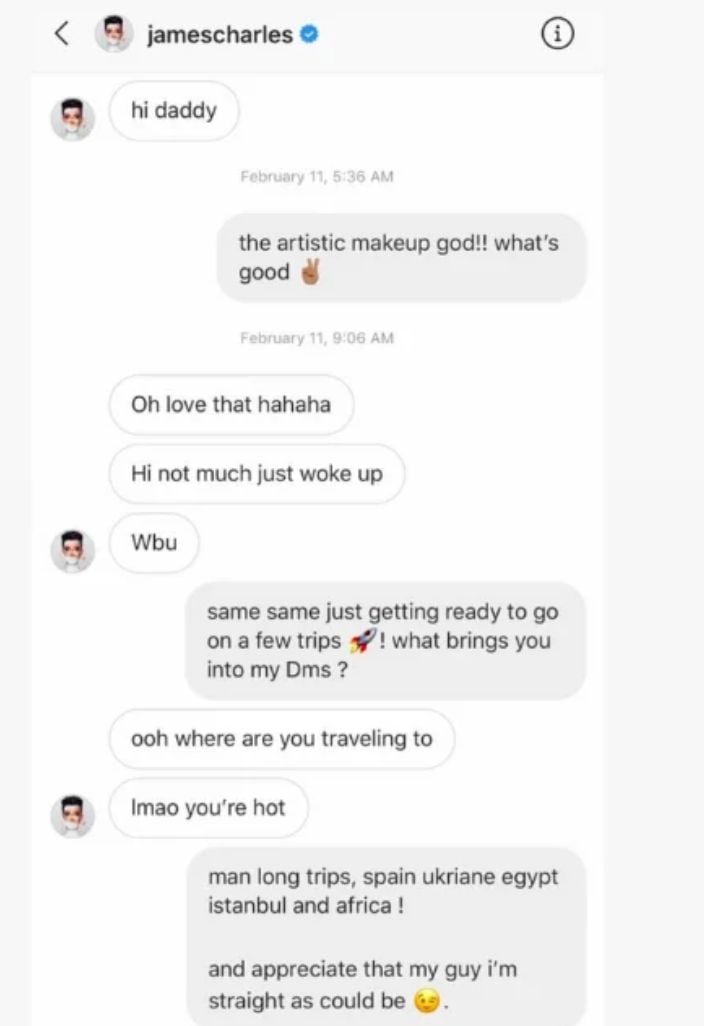 Instagrammer, Stephen Harrison, shared on his Instagram story screenshots of alleged messages between him and James Charles. He captioned the post: "Not a lot of people know that I troll 99 per cent of the time. Except for this instance. James, you are not getting this married man. Don't ever feel you should accept a compliment. Even it's by a dude with 16 million followers." 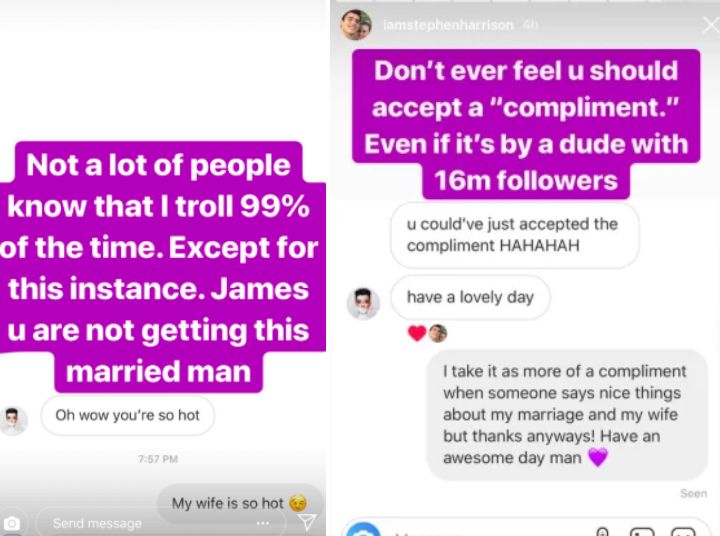 In the screenshot James appears to say he could have accepted the compliment and there is no evidence James has said anything since.

Carmie Sellitto is an English YouTube star, known as touchdalight. According to the Daily Mail, James Charles tried to "seduce" Carmie Sellitto "with flirty texts and had him question his sexuality."

Carmie Sellitto said: "James kept telling me how I was the hottest guy he ever laid his eyes on.

"James made me question myself. He asked me, 'Are you sure you aren’t gay or bi? Are you sure?'"

Carmie also shared a video to his YouTube channel about his experience with James Charles, which includes alleged screenshots of messages between them.

Musician Sebastian Javier has been very open about his experiences. He posted screenshots of alleged messages on his Twitter page. The first was captioned: "So… last year I used to watch James Charles quite a bit & I knew I was heading to LA so I thought I’d DM him & see if he wanted to hang. I didn't know a lot of people in LA, so i was just trying to make some friends".

so… last year i used to watch james charles quite a bit & i knew i was heading to LA so i thought i’d dm him & see if he wanted to hang. i didnt know a lot of people in LA, so i was just trying to make some friends; pic.twitter.com/7VlpZoUikK

In a follow up thread he explains the story further, saying: "We all turned out going to an escape room and that night I noticed him constantly trying to be touchy with me and overly compliment me but i just took it as him just being friendly.

"Then after the escape room, we (his friends, him and I) went to his house to just hangout.

"As soon as we got to his house, he kept trying to just be alone with me & tried to get his friends out of the room.. as soon as they started to leave, he just went and hugged me really tight and started calling me names which made me really uncomfortable ?".

He then shares more screenshots of his alleged texts with James Charles. The first was captioned: "I really just wanted to leave so I asked his friend if they could just take me back to my hotel.. that night he apologized about being overfly flirty and i was just trying to be nice and say that it was all okay.. I thought he had figured out I wasn’t interested". 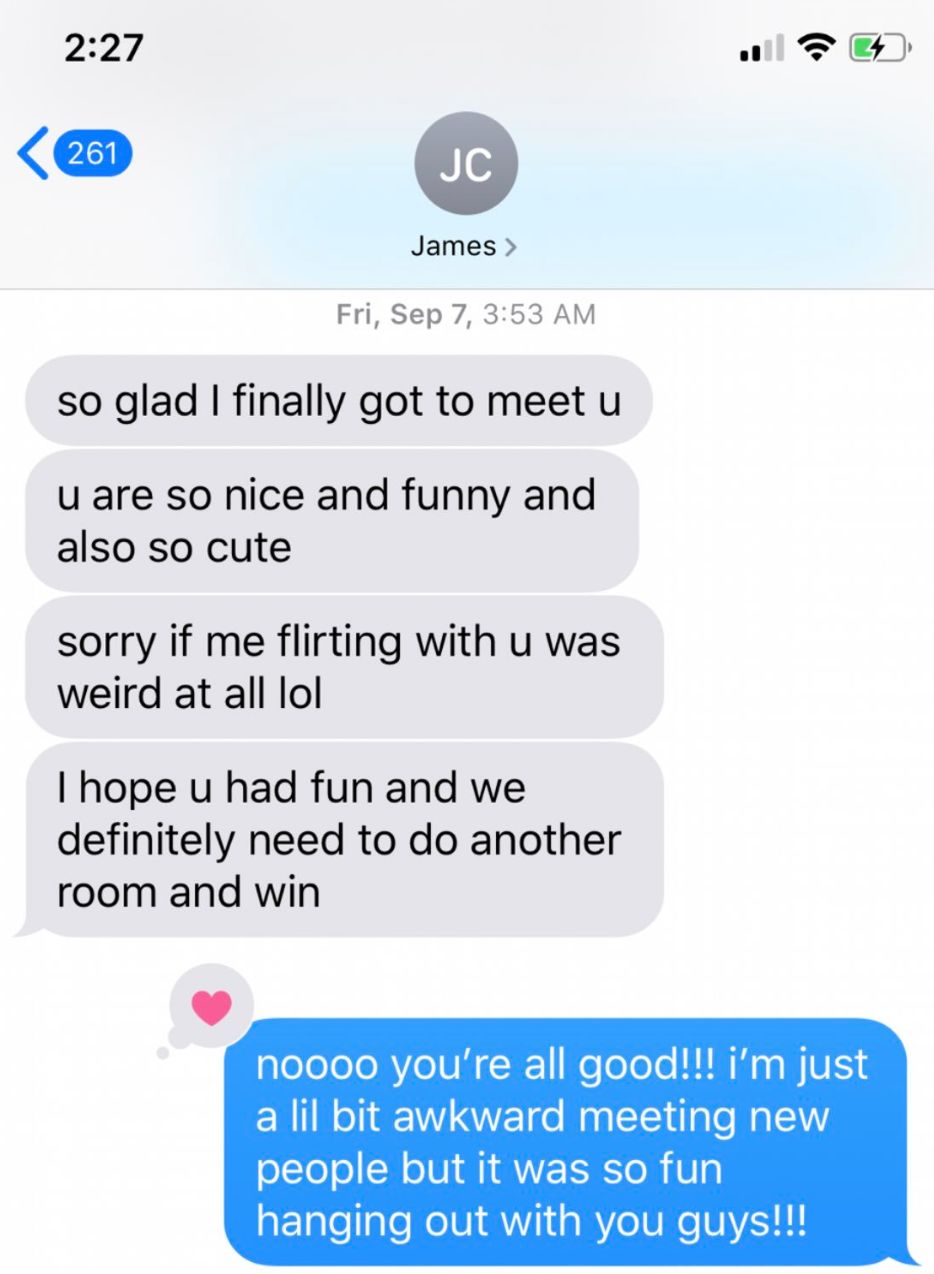 The next tweet in the thread said: "But after realizing I was honestly just trying to be friends with him, he kept calling me names like cutie every time we would talk and would send me messages like this… again.. I didn’t know what to say so I uncomfortably just kept saying it was alright". 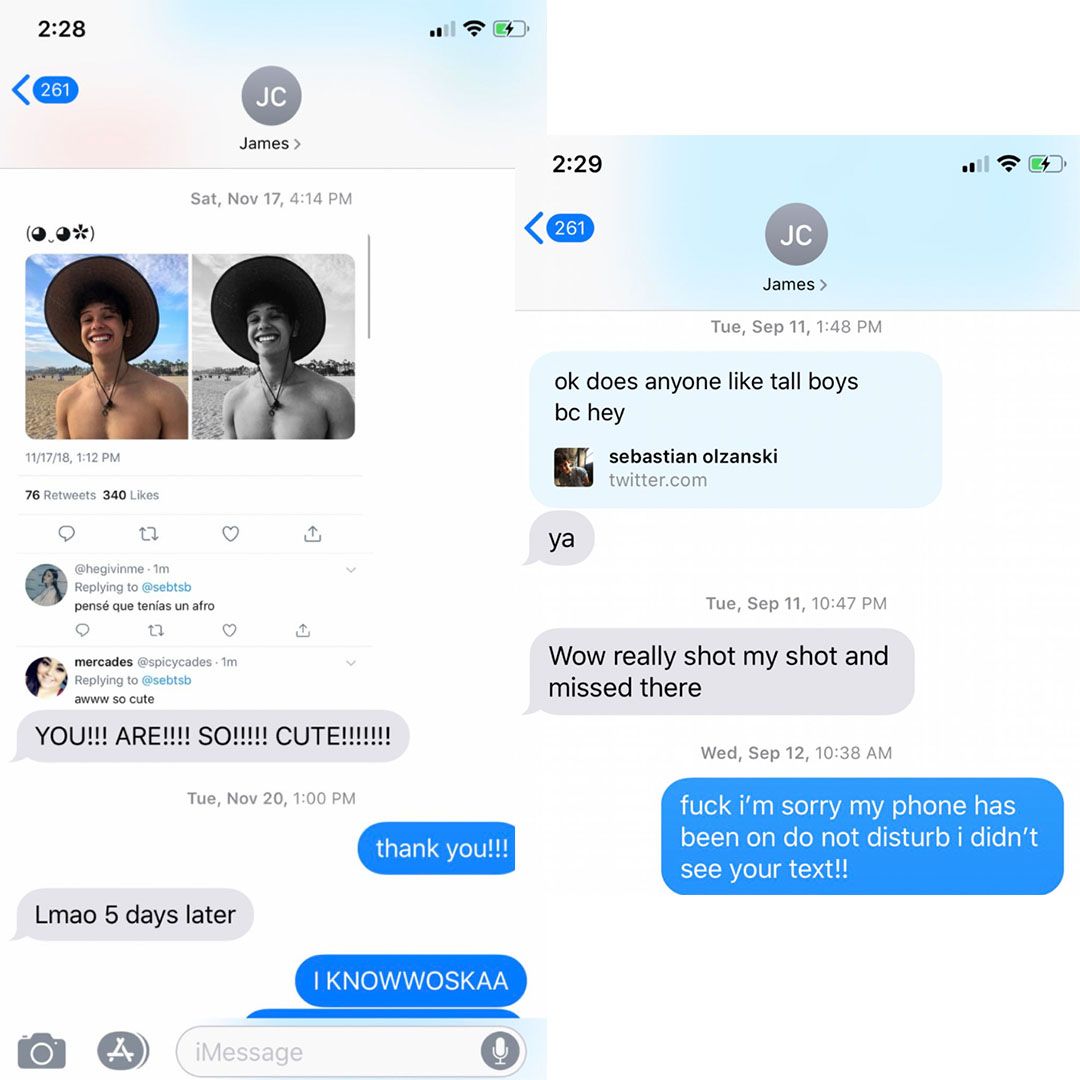 YouTuber Grayson Dolan also appears to have received messages from James Charles. Both of the Dolan twins have unfollowed James on Instagram after Tati Westbrook shared her video at the weekend. 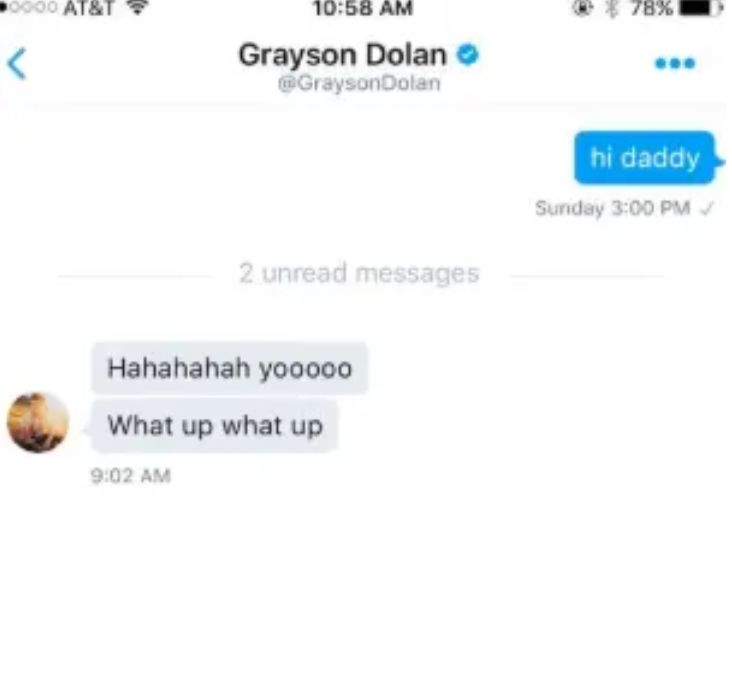 A fan leaked these alleged James Charles screenshots on Twitter.

Sam Cooke is the waiter at the restaurant where James Charles was with Tati Westbrook. She raises this encounter in her video. Sam has since spoken out about his experience in a video, he claims James was paying a lot of attention to him and telling others he thought Sam was attractive. Sam then DM'd him, and the messages are in the video. Here's the full explainer:

Some of the alleged texts between James and Sam Cooke say:

"Sam: Lol it's Sam the busser from John Howie [the restaurant]

James: How are you hahaha. Sorry about last night, you're very very attractive lmao

Later in the conversation, James allegedly said: " When you're drunk, the truth always comes out. You're not straight, no matter how many times you tell yourself."

Gage is a guy James Charles is said to have met at Coachella festival. This relationship was pretty bitter, and there have been messages, tweets and videos made all over the place of them being pretty aggressive towards each other.

In a video, it is claimed fans had thought the pair were dating after being spotted together. James replied saying he was single, and that Gage had "played him for months". Gage replied to the tweet with his own video saying James' tweet was lies and had been deleted. There were more indirect tweets and claims made – including alleged leaked screenshots of messages. Watch the full video here:

Influencer Kahlen Barry has also got involved in the "James Charles tea" on Twitter:

since everyone else is spilling their James Charles tea, i met him two years ago at playlist live and he was disgustingly rude to me not once but twice. i made a video talking about my experience without saying his name and he then proceeded to victimize himself in my dms. pic.twitter.com/aDYqdtwRPt

Singer Zara Larrson has also claimed James Charles DM'ed her boyfriend, but she hasn't given any evidence. She's also deleted her tweet since.

The Tab has approached James Charles' representatives for comment.

• These 35 savage memes about James Charles will have you cackling

• People are destroying their James Charles palettes after he got cancelled