The 25 boys you will inevitably sleep with before turning 25

The internet makes lists about absolutely everything. The 25 books every feminist should read. The 25 places you should put on your bucket list. The 25 recipes you should try if you've just gone vegan.

But has anyone ever made a list of all the 25 boys you will sleep with? Because that's a list I would have wanted to read before I embarked on my journey of mostly terrible one-night stands.

Look. This isn't me saying you should sleep with 25 boys. But the chances are that you'll sleep with a few guys before you turn 25 and some of them will be these losers:

Sooner or later in life, you will sleep with a promoter. He’s a total flirt, that’s why he does what he does. He’ll get you and your mates free drinks, extra queue jumps, so you’ll think you’re really special. But don’t be fooled. All he wants is your money and your commitment to come to the nights he organises??? It’s sad but true. 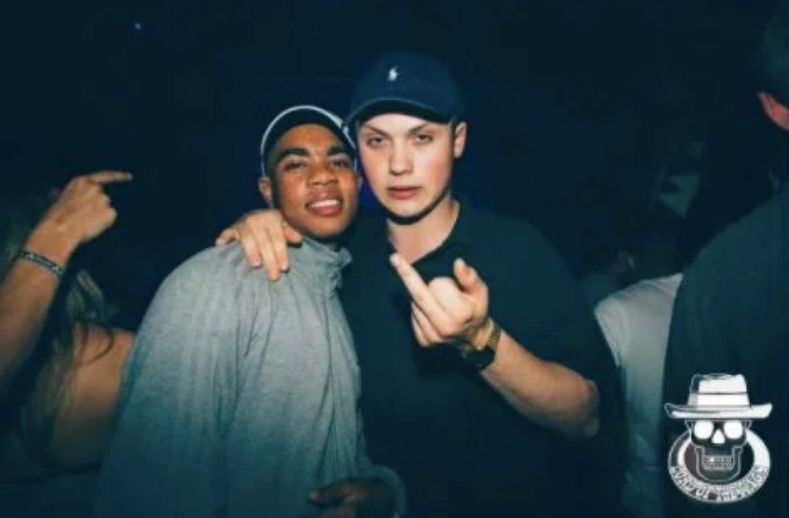 2. The random local man you pull at your uni club

The experience you will want to etch out from your memory. Will probably happen during a more tragic stage of you life. Maybe you’ve just broken up with someone or had waaaay too many jagerbombs, but somehow you’re going to pull the geezer/slightly sexist 27-year-old man you got chatting to in the smoking area.

3. That guy who just gets OBSESSED with you

Ewwwww. Why is he calling you??? You’ve only slept with him three times and told him you love him already!!! Ooops.

He’ll think he’s so special. He might even write you really bad poems. He might try and “draw you. (really badly).He always makes himself out to be a victim in past relationships. But mark my words, he won’t go down on you.

He might vote Tory from now until the day he dies, and he might not have ever tried hard in anything he’s ever done, but deep deep down you just wanted to be talked down to. The degradation of shagging an entitled full-on posh boy is the closest you’ll get to actual sadomasochism.

It’s 2am. You’ve just had sex. He gets out his phone – you’re like oh haha what why? He opens Soundcloud. That’s when he will put on Glue by Bicep and you'll then realise something that will only keep making more sense as time goes on: You can take the guy out of a regional club DJ booth but you can’t take the regional club DJ booth out of the guy. Before leaving though you ask him if it’s pronounced Hoo-ni or Hoo-nay. You have nothing to lose.

7. The one guy who was actually your boyfriend at the time

Yeah you have a boyfriend and you sleep with him, that’s it really.

8. Someone you just met on a Wednesday night

You’ve just downed five pints because your Social Sec kept picking on you all night. You’re in a bizarre fancy dress outfit. All your friends are getting with people, so you pick a random Rugby boy and start getting with him. Just another Wednesday night isn’t it?

You’ve heard rugby boys talked up for the longest time and now you’re ready to see what all the fuss is about. In reality, he reeks of beer and vom, and delivers three and a half minutes of incredibly sub-average missionary before grunting like a walrus and passing out. Never again. Until next week.

Oh babe. OH BABE. How did this happen? We talked about this before. Why would you walk straight back into a burning fire??? It’s familiar. You try to justify it to yourself by thinking that sleeping with him means you’re over him. The good news is, you’re still superior in bed to him, the bad news is, now you feel incredibly empty inside.

The date will be going well – he’s picked a lowkey bar which do really good gin and tonics and he’s paying for everything on his black AMEX. You get onto the conversation about where each other live, expecting him to say somewhere off the Northern line. Instead he points to the new build apartment block 20 metres from where you’re sitting and says “right there”, winking. All aspirations of this becoming a marriage with two children have gone out the window, along with the shared credit card. It’s no more than four gin and tonics and some 7/10 sex. There will be doggy and a bit of consensual choking.

In fairness, you had considered getting with his mate before you settles on this one. You knew they were close but you hadn’t expected them to be so ready to get this into being naked together. They’ll share unnecessary banter while they go at it and will boast about it to their mates for months after. Will put you off threesomes for life.

12. The guy still obsessed with his ex

You’ve fancied him since you sat next to him in Year 7 science but nothing ever happened. You’re buzzing every time he likes your Insta but he’s never made the move and slid into the DMs. You bumped into him in your shit hometown club reminisce on old times, pretending that you’ve forgotten all about him since moving to uni. You get together and go back to his family home to shag which is a bit weird but you’ve been waiting too many years for it not to happen. It’s just as good as you’d imagined – maybe even better.

14. Your flatmate’s friend from home

This will happen somewhere around end of second year, when your standards have eroded entirely. Shagging the boys at uni has become one big blur, so a change is welcome.

15. The one you meet at a festival and then shag in a grim tent 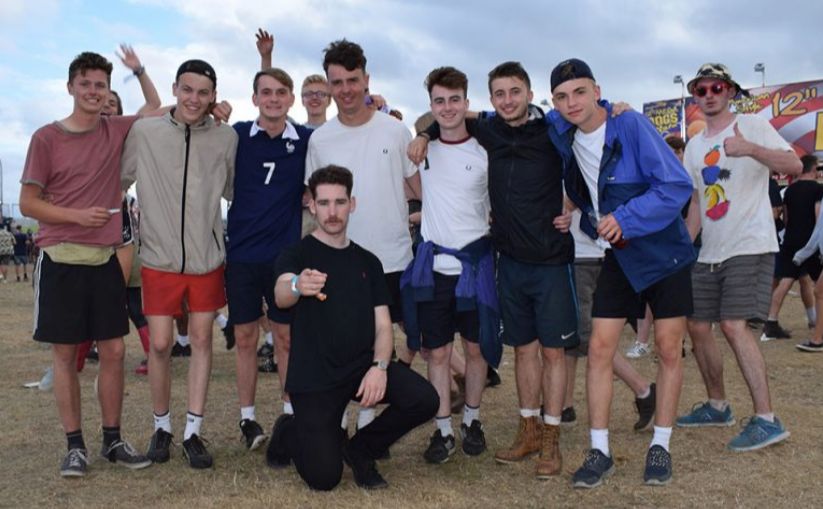 16. Someone who lives in your building and was just THERE

You were probably walking home, or bumped into him drunk on the stairs and then couldn’t awkwardly get rid of him. Next thing you know you’ve invited him in to have a coffee or meet your flat.

17. The grad that comes back for nights out with his old sports team

They really don’t make 'em like the used to and you realise now that you’ve been hard sold with this crop of hockey boys. This grad is everything they’re not: Tall, confident, and in possession of a disposable income. After spending the night buying the freshers jagerbombs he’ll snare you in the corner of the club – away from prying eyes. The shag will be decent, but you will never ever see him again.

18. The guy who's obsessed with the gym

You didn’t meet him in a club, or even at a bar. This man does not drink alcohol or coffee, which is a shame, because you imagine that a few liveners might stop him from yakking on about how early he gets up every morning. You wanted to shag him because you wanted to try being thrown about, but the only thing getting wrecked in his boudoir is your self esteem as you realise you’ll never be happy with your body. RIP.

19. Someone you kinda knew at school

You'll bump into them in the local pub and initially won't remember their name. They didn't go to uni and lived in Australia for a few years instead. Next thing you know you're shagging. Oh okay then. 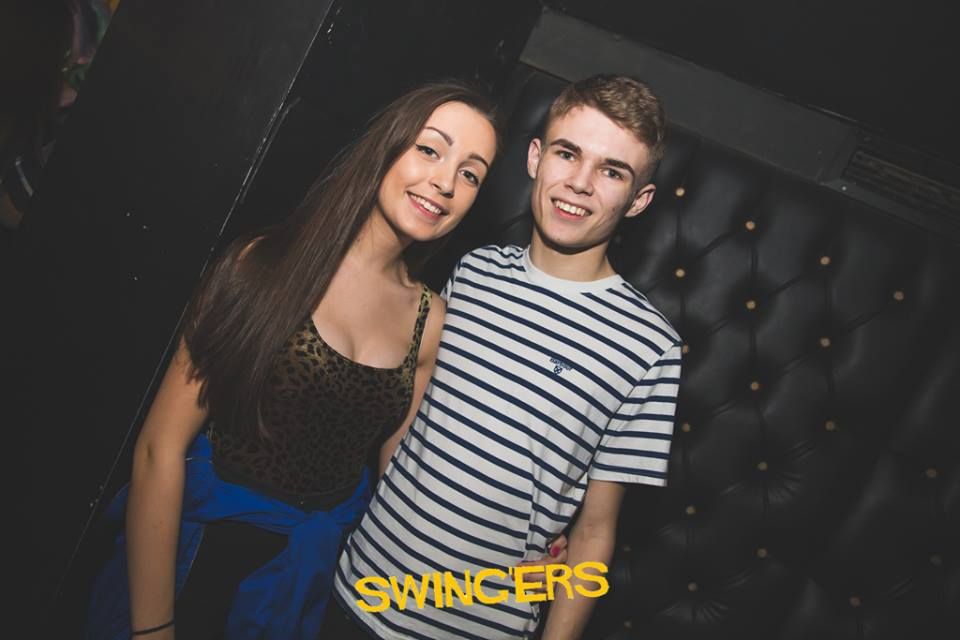 20. The one who’s visiting from abroad that you never see again

Maybe he’s here on an exchange program, or maybe he’s doing an internship with a company that could afford to fly him out here. Either way, you can feel his future successes. He’s an ambitious type, you get along great, and the sex is pretty great. You’ll never see him again, but you’ll watch him live his best life on Insta for the rest of your days, liking his pictures… forever.

He’ll just never be fully present with you. Having sex with him is chilled but it’s never *gripping*. At the end of the day, he’ll always pick his weed over you. Sorry not sorry.

The soft posh boy will give you a nice time. Unlike his more full-on counterpart, he’s enlightened to his own privilege. He’ll take you on nice dates and you’ll have perfectly serviceable sex, but one day you’ll shatter his heart into a million crystalline pieces.

23. A fresher when you’re about to graduate

All your mates had boyfriends or girlfriends and you were feeling very single. You ended up in a rubbish club and saw him across the room when you’d had one too many. No sS rubs comes on and you just find yourself dancing your way over to him. Before you know it you’re on your way back to his halls and suddenly feel way too old for this. You tell yourself he did a gap year so he’s not that young, until you realise he’s still a teenager. It’s too late by then, you have some average sex and decide that it’s be best not to stay the night in a first year flat and leave just after he’s finished. He has to let you out though because of halls security – tragic

24. The one you met on holiday

You met him on Tinder the one time you slid that slider beyond past the point of no return. Here be daddies who’ve stayed single a little too long. The sex won’t be great because he hasn’t gotten laid in a clean minute and you’ll run away tail between your legs when they suggest meeting up for a date next time.

• Girls reveal their biggest turn ons in bed, so you won’t disappoint ever again

• How to have sex for longer than a minute

Which weirdly obscure Love Actually character are you?

Tag yourself I’m the octopus