Dirty John is the latest Netflix series that has got everyone talking. It's been called the real life 'You' – and after watching it, you can really see why. The dramatised series follows the true story of John Meehan, a con artist and sociopath. He was nicknamed "Dirty John" whilst at uni, and it doesn't take long to see why. John Meehan meets Debra Newell, an interior designer and businesswoman, and within weeks they are married and living together. Their relationship spirals, and John's lies soon unravel. There are so many Dirty John moments that have you screaming at your screen. You just want to grab Debra and shake her so she can see what John is like.

Here are all the Dirty John moments that will have you screaming at your screen:

1. Erm, when John collapses on Debra's bed after the very first date???

He's a creep from the get go. He walks right in to her apartment, starts snooping around and just lies on her bed like that's completely normal behaviour for someone you've just met?

2. Debra buys a house for the two of them after only five weeks

Ok, I'm all for whirlwind romances and being spontaneous and why not! moments but come on now, this is waaaay too soon. Debra does not know this man at all. And, did you see that house?! It's unreal – Debra is really investing all this in him?!

3. Debra ignores her daughters on SO many occasions

Debra outright ignores her daughters Veronica and Terra who tell her that John is weird, she doesn't trust their instincts at all. If your own flesh and blood are uncomfortable with someone like that, don't their opinions and feelings come first?

4. Debra and John get married – after just over eight weeks!!!

How Debra moved on so quickly from this I will never know. A random woman was in her house!! And John tackled her to the bed out of nowhere!! This was not normal!! 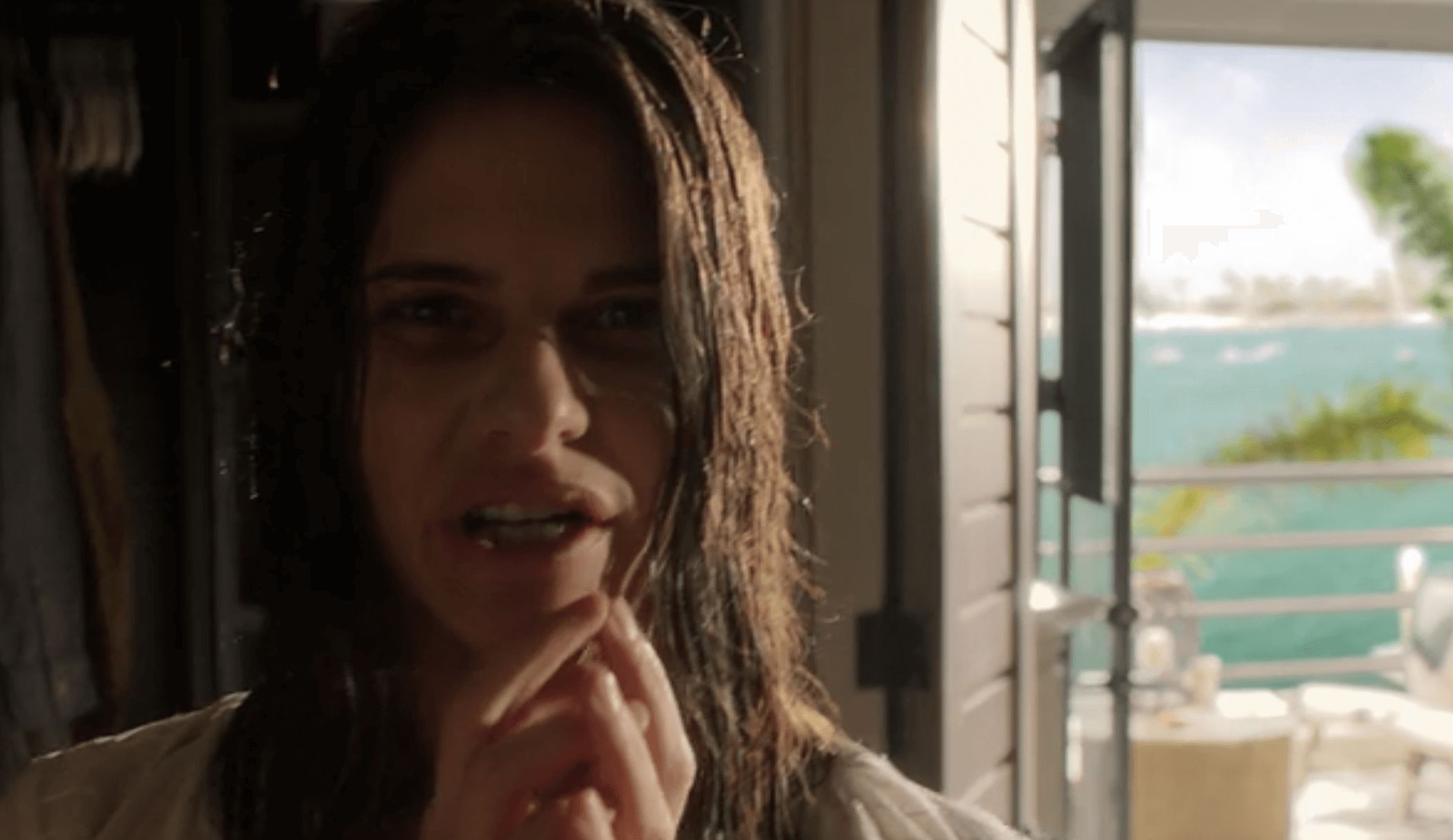 6. When John is a huge dick to Terra and her boyfriend

First time he has properly met Terra and he's just a massive dick. She just wants to see their new house and her mum and meet him, and John's all like "go and walk your dog", wow ok.

ew a man being rude to your kids is a huge red flag. #DirtyJohn

7. That moment when Debra touches John's mail and he is SO angry

Debra simply picks up his mail and scans it and he is fuming. Like, obviously rifling through someone's post is illegal but he kicks off hugely, he is clearly a man with something to hide.

8. When Debra found the drawer full of documents

Debra finds documents stashed away that say how John has previous drugs charges against him, has been arrested multiple times and has restraining orders from women against him. On the papers, one woman has described him as an "infinity psycho". Why would you have those documents just in a drawer?? Surely you'd get rid of them right? It's almost like he WANTED Debra to find them.

9. WHY HAS JOHN CUT OFF ALL OF HIS FAMILY?

John admits to Debra that he isn't in contact with any of his family anymore, but he is insistent on not saying any more about it. This is weird, right?

10. When he took all the money from the safety deposit

He talks about money all the time, he is OBSESSED. Then he takes all of Debra's money out of the safety deposit without even telling her!! Debra just responds "oh" like he's just taken a few coins out of purse without asking.

I feel this part of the show was greatly overlooked. John is in the lounge of their house and says he's had a notification on his phone that told him Debra was with the private investigator. RED FLAG.

I’m up watching #DirtyJohn and I cannot believe this woman is ignoring all these ????????

12. Ok, why are so many women freaked out by just John's name?

All you have to say is "John Meehan" and women everywhere recoil. His name could empty a room in seconds.

13. When he pockets the drugs because HE'S NOT EVEN A REAL ANAESTHETIST

He doesn't give his patient the drugs she needs, instead, he pockets them!! IT'S ALL LIES.

When Debra tells John that she has found out about all of his lies, he responds with "I wanted to be great for you". SHUT UP. He is trying to make everything her fault, and what's worse, she actually does feel guilty and bad for him. Debra is completely under his spell and it is nothing short of painful to watch.

No matter what, she's back with him and back trying to help him. CUT HIM OUT.

16. When Debra's family stop inviting her to their events

To Debra's family it's pretty clear she has made her choice, and her choice is John Meehan. They don't want her around anymore because Debra and John come as a package, and it's understandable.

17. The entire scene with the lawyer was just a huge, fat, waving red flag

This is one unhappy man

He was livid at even the idea of a post-nup, he starts threatening Debra over it and he's getting so angry at her for talking about it and practicing it. Damn, he's even managed to push her out of her own home. DEBRA EVERYONE SAW THIS HAPPENING BUT YOU.

18. HE'S BEEN MESSING HER ABOUT SO MUCH THIS ENTIRE TIME

Ok so now it's been shown that whilst he's been with Debra he's tracked her every move, hacked her iCloud, stolen money from her, deleted her emails and messages, flirted with other women and basically lied about absolutely everything.

19. WHEN YOU FIND OUT HE FAKED THE HOUSE INVASION

So rewind to when that random creepy woman with wet hair just turned up in their house and came at Debra saying she was "so pretty" (the weirdest moment ever imo). Yeah, John Meehan FAKED THAT. IT WAS STAGED. Literally wtf. Why do this? This guy is fucked.

20. He turned up to court and OF COURSE he's getting away with it

Oh poor old John has a walking stick and can't afford a lawyer, we obviously can't do the hearing now!!! GET A GRIP.

Can we just take a moment. I don't think I'll ever be the same again. TERRA CAME THRU. HUGE STYLE. She really did that, like seriously I'm so shook. "I think I killed your husband" – icon.

All of these Dirty John moments may have been shocking, but the real question I have after – did he actually really love Debra?? His only real possession in his RV at the end is their wedding photograph.