Dear vegans, stop moaning because you’re not an oppressed minority

Last night, the editor of Waitrose Food magazine, William Sitwell, made a joke about vegans in an email. Now, he's stepped down.

When a freelance journalist wanted to write an article about veganism, he replied: "Thanks for this. How about a series on killing vegans, one by one. Ways to trap them? How to interrogate them properly? Expose their hypocrisy? Force-feed them meat? Make them eat steak and drink red wine?"

New: The editor of Waitrose Food magazine proposed a series about "killing vegans” and force-feeding them meat after a vegan freelance journalist sent him a pitch https://t.co/qxQ0EG9U3S pic.twitter.com/PV43Oi7TH9

Okay the joke was a bit extreme and unprofessional, but it was still, clearly a joke.

Though some replies from outraged vegans included: "Yep @waitrose, you've lost me as a customer until he's gone too" and "OMFG @WilliamSitwell how could you write this in your position of authority? You do know what the right side of history looks like? @waitrose please reconsider this hire – Sitwell is highly problematic!"

@waitrose what disgusting vile humans do you have working there? Let’s get this going&get this piece of garbage fired. This man: @WilliamSitwell,was asked to do a vegan series&his hostile response was to kill all vegans. What a piece of garbage human. https://t.co/aASlD3aIJY

Problematic? This entire situation would be problematic if vegans were some sort of oppressed group, but they're not. As far as I'm aware, they haven't been historically persecuted.

Sure, humans have murdered 60 per cent of animals since 1970 and we basically have 12 years to save the world from irreversible climate change damage. It's understandable why environmental veganism has contributed to the rapid increase in people identifying as vegan.

Veganism is a choice. And it's a good one, but it's undeniable that though veganism is undoubtedly one of the most effective movements for the preservation of our environment, people who preach about it as the only way to save our planet can often stink of hypocrisy. What I'm saying is, it's fine to point out flaws in the movement, even if it's a progressive one:

Firstly, veganism is very expensive for the average person

Have you ever walked into a Tesco Express and tried to get a vegan meal for lunch time? Because I have. You'll end up walking out with a pot of houmous, some carrots and bread sticks because everything has traces of milk in it. And it won't even fill you up. Or alternatively, you'll end up paying £3.50 for a vegan sandwich, which is about two quid more than a Tuna Sweetcorn one. The only way it's not expensive is if you have the time and energy to learn how to cook, make packed lunch and carry it around with you. And fyi, not everyone has that privilege.

Veganism can often be kinda classist

Worldwide, veganism hasn't always had middle class roots. And of course, in a lot of countries vegan meals are the most accessible. But in the UK, veganism is largely a middle class hobby practised by a small portion of society. Classism can be a huge barrier in most people getting involved.

Firstly, there is a hidden cost associated with the preparation and storage of the food. Secondly, you're assuming that everyone can instantly access the same resources you can, when that's just not true. 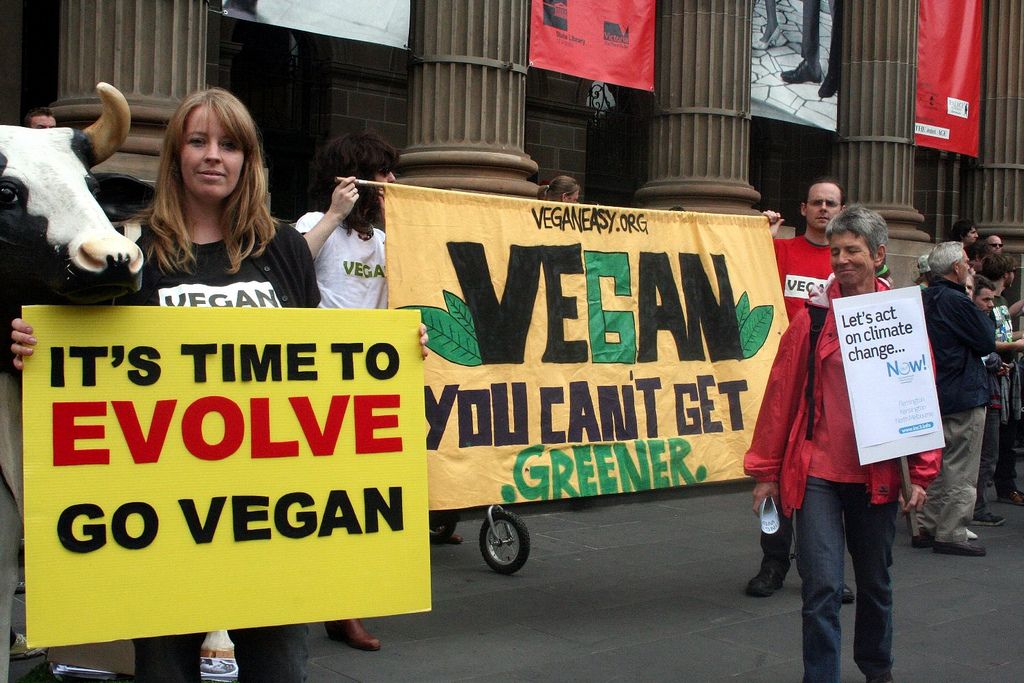 Obviously not all vegans do this, but I've had it up to here with Instagram influencers who will shout down on anyone who consumes "chicken period" (eggs), whilst simultaneously doing five thousand sponsored posts a day for Pretty Little Thing and Missguided. Please recognise your hypocrisy before you start sitting on a high horse. Fast fashion is a disease for the environment.

Of course it's better to do something than nothing, but not consuming meat or dairy doesn't give you a free pass to destroy the planet by other means.

Not everything "vegan" is good for the environment

The key is to be aware of your consumption. For example, avacados are technically vegan, but the recent increase in demand means some of the ways they're produced is extremely unethical. Long story short, there aren't enough bees to pollinate avacados naturally, so farmers transport hives into their fields, all in order to pollinate their crops and the bees have much shorter lives than they would have in their original environment.

Or what about the fact you need over 929 litres of water to make just one litre of almond milk?

Also, buying fruit and veg that's been flown in from across the world creates a large carbon footprint, which could be avoided if you buy locally sourced produce. Having a plant-based diet doesn't mean you should stop learning about the other ways you can be more environmentally aware.

You don't need to be a vegan to save the world

No one is saying veganism isn't great for the world. And honestly good on you if you're a vegan because it's not easy and more of us should be. But there are also plenty of other ways we can all do our bit. Use a reusable bottle, eat sustainably, cycle or walk more, don't treat clothes like they're disposable, put pressure on corporations and governments to be more ethical. Veganism is just one of the ways you can make a difference. Stop thinking you're a victim just because that's the choice you decided to make.

• Surviving a vegan diet for a week