Remember the jilted exes of Made in Chelsea? Here’s where they all are now

Some may argue Summer 2018 has been defined by either Love Island, the extraordinarily hot heatwave or possibly the World Cup. But actually, it's definitely the fact Louise Thompson and Ryan Libbey announced they are due to be wed!

The next logical step is to wonder about all the relationships that didn't work out, and more specifically what are those jilted exes up to now?

I know there's a part of you that is itching to know what Alik is up to these days, and what the hell ever happened to the likes of Gabriella Ellis and Funda?!

Well, we've done some digging and have all the information for you here, in one neatly packaged article, enjoy.

You hope, and you dream, but you never imagine it will turn out like this @kimberleylondon ?

Kimberley Garner founded her own swimwear company in 2013 called "Kimberley London" that makes swimming costumes made with real gold.

She also seems to appear in the MailOnline sidebar of shame literally every other day, being spotted only three days ago on a beach sunbathing alongside an anonymous ex. Jilted no more!

Working the bump! Still can’t believe there’s a tiny human in there! ??

One year married to the love of my life… ?

A quick flick through Alik's Insta shows he's just as tragic as ever, but he may now have found the perfect partner in crime, Love Island's equally tragic Eyal Booker!

It's hard to track down exactly what Alik does, now that he's not spending 90 per cent of his days moaning at Louise in his New York accent.

He seems to work for his Dad's leather company, in what role we can't exactly figure out.

In a photo of the "Libra Leather" team on the company's website, it looks like Alik is also searching for his purpose in a medium-to-large personality hat. 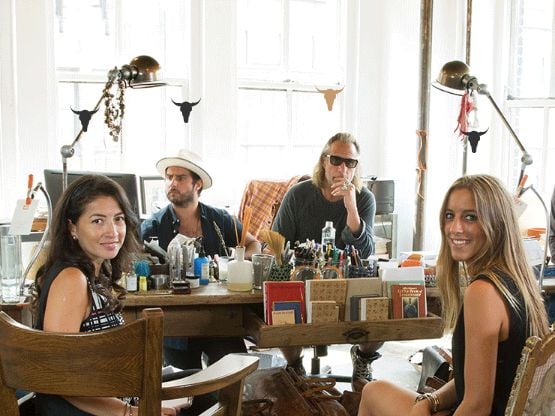 After splitting with Jamie, Tara packed herself off to uni, enrolling to study Politics at Bristol and graduating with a 2:1 last year.

At uni, Tara worked as a student ambassador for Uber and also as an influencer for social network app Yubl, which has since shut down.

Tara has also found the time to ask Jeremy Corbyn for a selfie before absolutely slating him, possibly the least surprising thing to come from a former Made in Chelsea cast member.

Had the best week shooting in some warmer weather last week for @jamindustries01 in Fuerteventura. The legends @starsurfcamps Put us up and as always picked all the best surf spots, so we got some fun surfs too. Thanks @jackharries for this picture and for being the best company we could have asked for! (For the sweat see link in bio)

Andy is now almost exclusively into surfing, even going so far as setting up a surf fashion brand with his family.

His mum and brother run the business whilst, according to the bio on the company website, Andy is: "Our own 'creative nightmare'" and helps to design the products and promote them on his Insta, which basically means he does fuck all work.

Spending so much time on the beach, Andy will have known there are plenty more fish in the sea, and now has a new girlfriend, a stylist and creative from London called Carlotta Constant.

Here’s to spending the bank holiday with you ❤️ @carlottaconstant

Ok so, Gabriella has inexplicably changed her name to London Ellis? And she seems to spend almost all of her time on holiday doing sponsored Instagram posts.

You'll also be pleased to know she's continued pursuing a career in music.

"London" also has a blog, called "The London Life", and a YouTube channel where she posts music, workout vids and travel vlogs. The most recent of which got a whopping 165 views. The channel is more tragic than you could even imagine so we wrote an entire article about it.

This is the most comfortable bikini I’ve ever worn @odeandrae ! My friend and I turned up in the same one unknowingly #greatmindsthinkalike @mandylarkin89 ? Bagged myself a discount code too , she’s fuming I got it after she bought hers ?? NICOLAH20 for 20% off ??

After being dumped by Alex Mytton via text (who said romance was dead), Nicola bounced back after being romantically linked to Cheryl Cole's ex-husband Jean-Bernard Fernandez-Versini.

The pair were spotted leaving swanky London restaurant Chiltern Firehouse together and then seen again leaving a party together a few months later.

Nicola currently works as a social media influencer, boasting to be Ireland's biggest!

Who doesn’t love a strawberry @beefeatergin mix ?#onwednesdayswedrinkpink #ad Check out my cocktail making on my story ?

So many reasons to smile ??

Since leaving the show, Tiff has launched two companies, a vegan restaurant with her sister Lucy and also an accessories company that sells phone cases, notebooks and inspirational quote posters.

Her Insta is full of sponsored posts, of course, but more interestingly she she uploaded a pic earlier this week hinting at a new romance.

The pic, captioned "showing this one the British countryside", hid the identity of the mystery man as fans commented begging to be told who he was. Could this be the same guy that Tiff was rumoured to be moving to Australia for a few months ago?

Showing this one the British countryside ????

Stephanie left the show in 2013 after dating Spencer Matthews for three months, Stephanie wrote a tell-all book about her road to reality TV fame.

She then briefly dated Joey Essex after appearing on Celebs Go Dating before moving onto Love Island star Jonny Mitchell before the pair split in late 2017 amid claims Jonny cheated.

In terms of other business ventures, she collaborated with fashion brand Goddiva on a series of dresses but the link in her bio to the site returns the following message. One can only assume they sold like hotcakes!

Press the pause button. I had a lot of inner conflict before I made the decision to go on a fitness retreat> leaving max, The expenses, missing out on work.. I thought of a million reasons why I “shouldn’t” go. Even the day before I was tempted to cancel. But a little voice got louder and told me I needed to take a pause from life stresses & take care of my self. To put the oxygen mask on me before another (I’m trying to adjust my way of thinking to that great metaphor). This wasn’t indulgence, this was SELF CARE. This year has been all about changes & well last year was just awful. For me the sun, working out, eating well, meeting 20 new people and letting myself get close to everyone- was the most amazing way to reflect on what’s important to me in life- and that is connection, happiness & being able to stay calm in the storm, having faith & knowing that “this too will pass.” When my heart is in the right place, & I am genuinely kind to everyone (old & new) I am being my authentic self. I used to say I get all of my self esteem from working- and up until March I thought that was true. But your job, your gf/bf, your children are great and all but you can also get your self-esteem from who you are daily: do you do nice things? Cheer on friends? Smile at strangers? Take a pause, don’t let life get the best of you… you only have one pls take care of yourself. I’m practicing getting my self-esteem on the mark I leave on people & on this planet- not by a grade on an exam or a job promotion. Smile at a stranger today or give your seat up on the tube for someone ?? I love you all ❤️ #selfcare #pressthepausebutton #behappy #bekind #ripsophie

Had such a lovely evening at @frogbyah the food was amazing! I also love love this jumpsuit from the new fall collection from @pslottiemoss

Tina swapped the pavements of Chelsea for the sun loungers of Love Island series two.

In the villa, she fell out with Kady McDermott over Scott Thomas, and eventually was kicked off the show after Adam Maxted chose to recouple with Katie Salmon. Yeah, me neither.

She's since been pictured cuddling up with Matthew Mawhinney, son of top politician Patricia Scotland who was the Attorney General under Gordon Brown between 2007 and 2010.

When I haven’t any blue I use red ~ Picasso ❤️? ? @antolozazd ? @kimbestyle ? @caprichealc #spain #streetstyle #alicante

After her relationship with Spencer Matthews ended, Lauren swapped Chelsea for LA to set up fashion brand "Joel and Frazer" with Hugo Taylor's ex Natalie Joel. The company was shut down in January 2018.

On to the positives though, as last year Lauren was romantically linked to Leonardo DiCaprio.

Apparently, Lauren partied with the actor at a Hollywood mansion after the 27-year-old model apparently met Di Caprio in 2014 on holiday in the Caribbean.

Phoebe Lettice works as a stylist and creative consultant, having worked with Charli XCX on her merch and on music videos for the likes of Rudimental, Major Lazer, and Nick Jonas.

Not too keen on coming home tbh

• Made in Chelsea’s Louise Thompson and Ryan Libbey are ENGAGED

• Who is Emma Louise Connolly? The design grad and model engaged to Made in Chelsea’s Proudlock