Who is Emma Louise Connolly? The design grad and model engaged to Made in Chelsea’s Proudlock

Sure, Louise and Ryan Libbey have just announced they're getting married, but don't let that take the shine off the Made in Chelsea engagement of summer 2018.

Last week, Proudlock proposed to long-term girlfriend Emma Louise Connolly. He got down on one knee during a romantic trip to Sweden where they were celebrating their four-year anniversary.

But who is Emma Louise Connolly? Sure, the couple are so fit it should be an actual crime, but Emma is also a successful model with over 300k followers on Instagram. Here is everything you need to know about her.

and then I said yes. and split my jeans from excitement. ❤️ @proudlock

Emma is a 26-year-old Scottish model

Emma is from the Scottish town of Dunblane, where she was born on September 21st, 1991.

And today we are 4. I love you more every second, minute, hour and day. I love you more than I could ever possibly articulate so I’ll save it from Instagram and scream it in your face. BUT I will say thank you. Thank you for loving me and for encouraging me to fulfill all of my hopes and dreams. Thank you for being my best friend and for your friendship right back. Thank you for being as much of an idiot as I am and thank you for always making me feel home. I truly adore you with every ounce of my being and I can’t wait to be right beside you laughing my head off until the end of time. #OPxEC #4thBday

She has a Nasty Gal clothing line

Emma suffers from endometriosis and started her menopause aged 22

According to MailOnline, Emma suffers from endometriosis and started her menopause aged 22. She has recently campaigned to raise awareness of the condition.

Emma shared a photo of her stomach on her Instagram story, captioned:

"For those girls who messaged me about my most recent post – things you don’t see…that endometriosis flare up.

"Vbloaty, veiny and v sleepy. All other girls who suffer from endo please send me tips – it’s so painful :(" 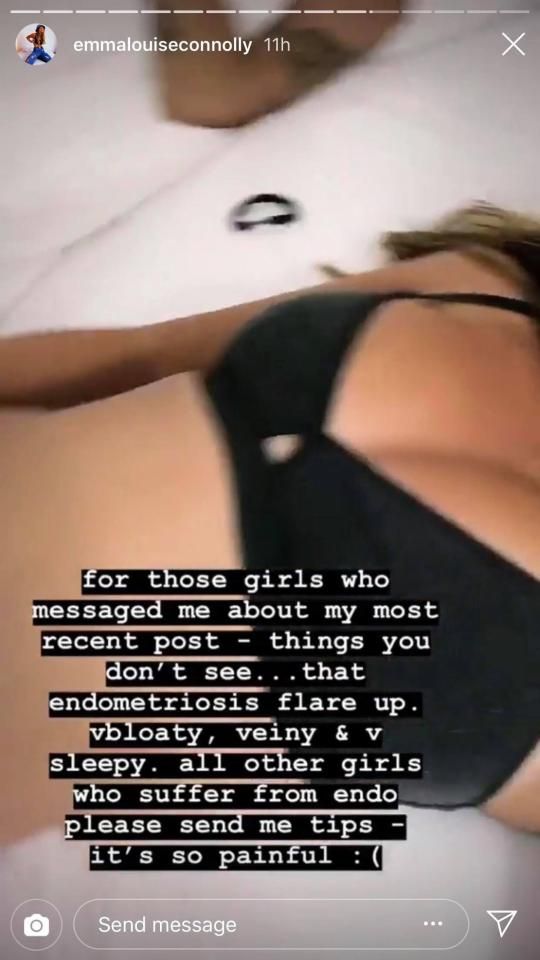 She then posted a follow-up pic, saying: "Up and dressed and trying to ignore the pain.

"Thank you all so much for your messages. I just love you so much. Sisters unite." 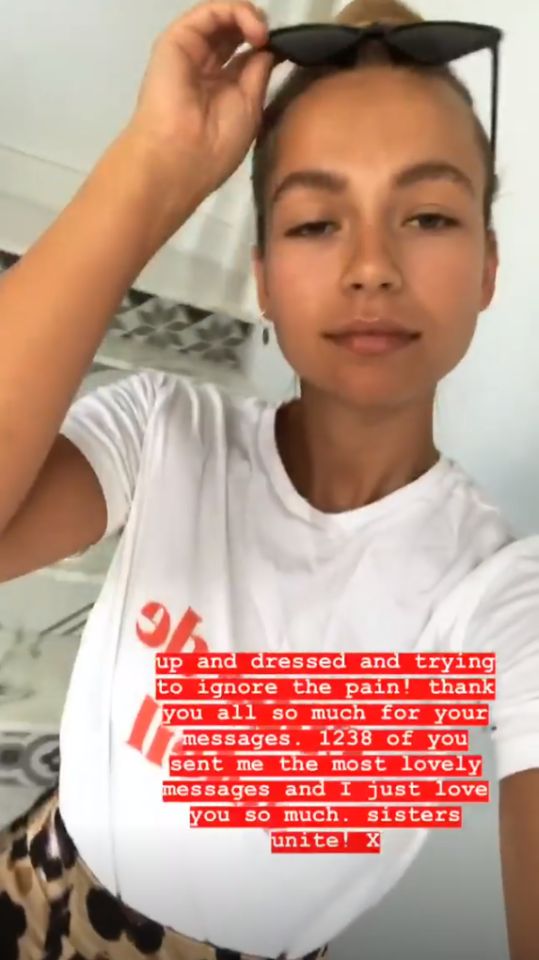 She also starred in a Maybelline beauty campaign

Emma appeared in the Maybelline Color Sensation campaign. Nice work if you can get it.

#AD | I am SOOO excited to share the NEW @maybelline Color Sensational campaign!!! wearing my fave shade ‘Orange Danger’. Dare to color outside the lines!!! Eeeeeeeee ? ???

This also included appearing on a massive billboard in Piccadilly Circus.

As well as documenting her model work, there are tons of photos of Emma and Proudlock generally enjoying life as successful fit people in their twenties having lots of fun. Jealous, moi? Je ne comprends pas!

just booked a last minute trip for some vit sea this weekend with my Lil bezzi. #MrandMrsRosé2018

last morning by the beach dressed as a 7 year old boy. ? @abatonisland

THE BLUES AINT NOTHIN BUT A COLOUR. HAPPY DEC 1! @frankiesbikinis

YOU are not a model, you don't get to go to all these amazing places, and will probably never be in a couple this fit. But don't worry, I'm sure your life is still really great fun!

I guess you've got to be pretty sure you're going to stay together if you're posing on the front cover of an actual magazine.

Thank you @phoenixmaguk for having us as your August cover! Download online for a peek inside & exclusive interview #TheManual wearing @joshuakanebespoke of course

Emma is keen on charity and humanitarian work

a big congratulations to Miss Lana Munro who has raised £3300 for @the_bhf in just three weeks! Thank you for having us! Please text LANA77 £1 to 70070 to donate to a great cause! X #opxec

Her hobbies include tennis

One of the perks of being a model, a famous boyfriend and a large social media following is that Emma was lucky enough to visit the Evian suite at Wimbledon this year.

?WIMBLEDON WHITE ? thank you for an epic day @evianwater, one of my absolute favourites of the summer!! #Liveyoung #Wimbledon AD

Emma's parents have been together since they were 15

Sure, this is a bit of a weird one to include, but Emma shared the fun fact that her parents have been together since the age of 15 on her Instagram whilst the family were out for dinner.

Can you even believe they have been together since they were 15? My ?. Love you Mama & Papa ❤️

• Made in Chelsea’s Louise Thompson and Ryan Libbey are ENGAGED

• Who is Ryan Libbey? The man holding Louise Thompson aloft in this picture