Remembering Reading Festival, the best and worst five days of your life

It's 8am and mum is frantically pacing up and down in a sweat. Dad doesn't know what day it is – it's just a Thursday to him. But it's not just any old Thursday. No, it's GCSE results day and your whole future (the next two years of your life) relies on you doing above average in the 11 exams you sat in May and June.

But for you, the nerves are over-ridden by the taste of freedom just around the corner: five whole days of no parents, no rules, warm cider, cheap cigarettes, awful sex, shouting "Alan?" at strangers and Enter Shikari on the NME stage.

If heaven is a place on earth it's Richfield Avenue, the home of Reading Festival, or at least it was when you were 16 years old. But looking back at it now, someone would probably have to pay you £200 to go. From hotboxing your mate's tent to getting in mosh pits, here's everything you'd probably rather forget about your time at Reading Festival:

SCREAMING ALAN! OR STEVE! ALL THE TIME

And never getting bored of it.

LITERALLY ONLY DRINKING WARM CIDER FOR ALL FIVE DAYS

Most likely Strongbow, these were in the days before Dark Fruits changed our lives forever, leaving you to sip on a lukewarm apple cider. 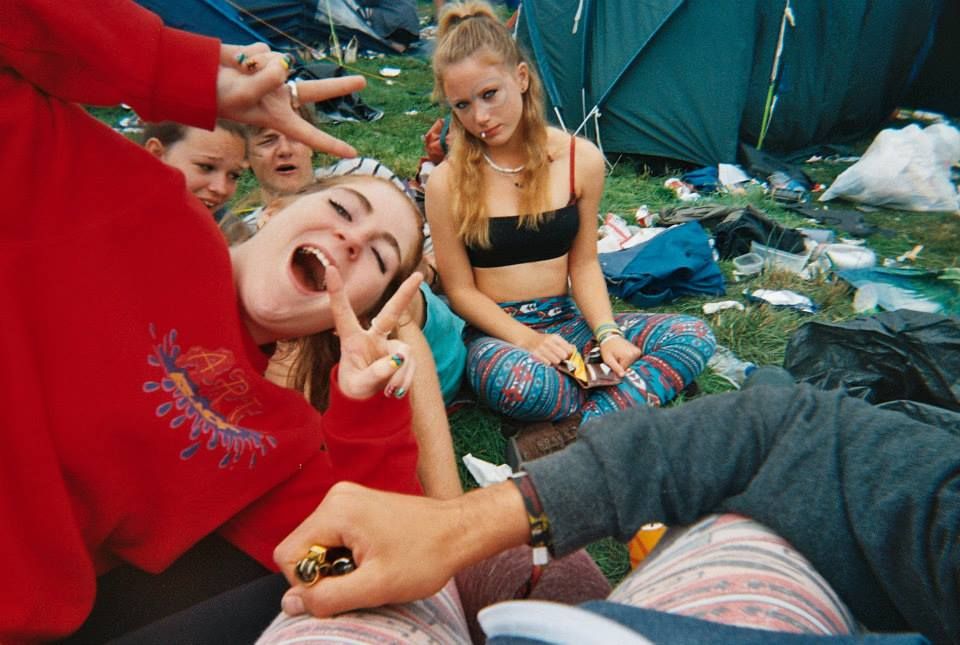 THE STATE OF THE PORTALOOS

Seriously how do people manage to shit like that?

Hope they got counselling.

GETTING INTO A MOSH PIT AND ACTUALLY ENJOYING IT

There’s nothing fun about being caught between a punch and a sweaty topless man with a hairy back.

WHITEYING AFTER HOTBOXING A TWO-MAN TENT

Two-toke passing whilst Ellie Goulding – Starry Eyes Jakwob remix was playing in the background was too much for some.

GOING TO THE SILENT DISCO 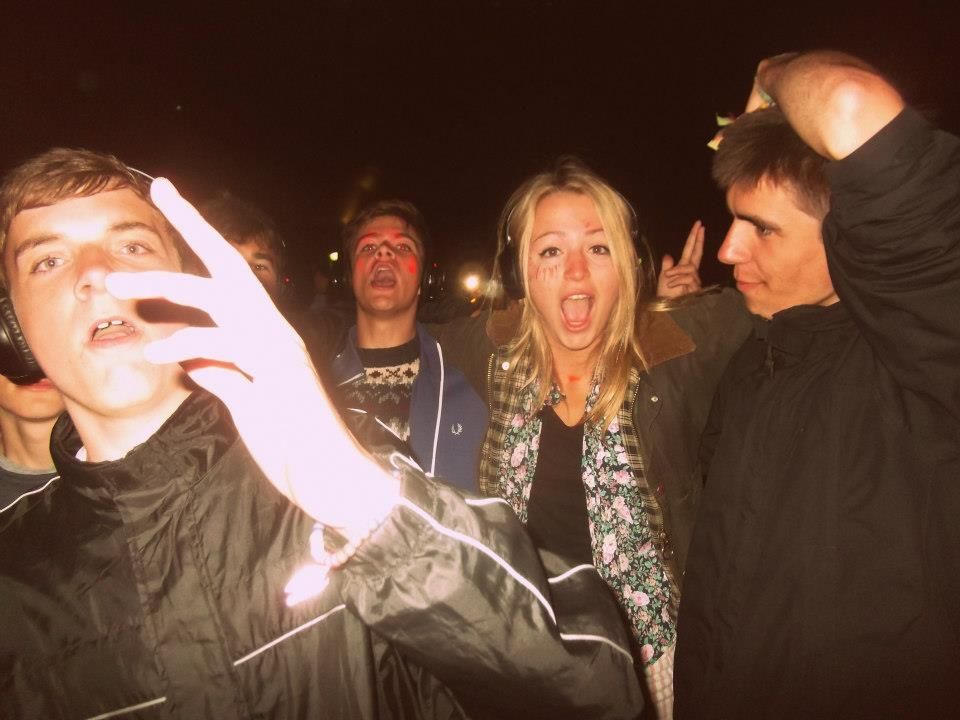 WALKING AROUND YELLOW, ORANGE, BROWN AND GREEN CAMPSITE FOR HOURS AFTER THE HEADLINER

Other than the silent disco, there wasn’t any post-headliner activities. Unlike all other festivals, Reading left you to your own devices to have fun. And “have fun” either meant going back to your campsite and sit in a circle getting cold, or walk round the perimeters of the festival with a four pack of tinnies, chanting until it was time to go and see the newest shite indie band NME were wanking over at 11am on the main stage.

AND GETTING REALLY LOST

….LINGERING OUTSIDE BIG TESCO BUILDING UP ENOUGH COURAGE TO ASK SOMEONE OVER 18 TO BUY YOU A CRATE

Not only that, but also building the courage to then ask them to carry it into the campsite. You sealed the deal by giving them a tenner and two tinnies.

GOING TO AN ENTER SHIKARI SET AND THOROUGHLY ENJOYING IT

Everyone clapping to ‘Sorry You’re Not A Winner’ was the single highlight of your weekend.

“She literally fell down the portaloo and got shit all over her. No one’s seen her since.”

Remember when that woman fell down the toilet at Leeds or Reading festival? Well funny

THROWING YOUR FRIEND'S TENT OVER A FENCE, OR SOMEHOW TRASHING IT

And unpacking everything in it so their pants are all over the campsite.

STEALING OTHER PEOPLE'S CHAIRS AS SOON AS IT GOT DARK

Guess the smell of dehydrated piss and diarrhoea is us for the next five days! 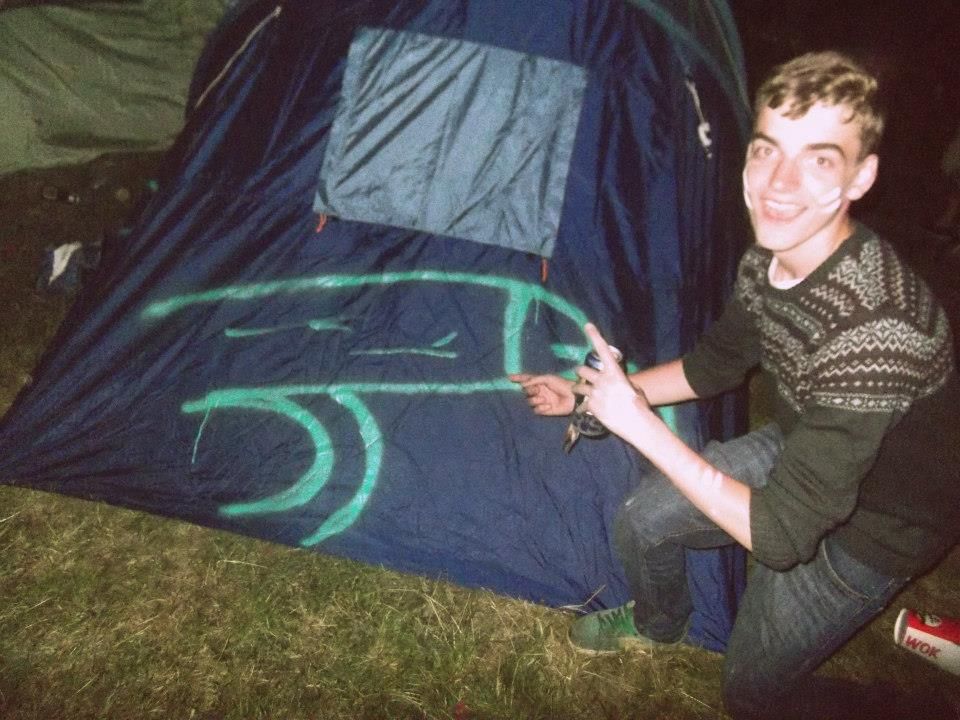 USING ONE OF THE SHOWERS ON SITE

The rumours were true – they were gross and you felt more dirty coming out of them.

SOMEONE WOULD END UP SLEEPING JUST OUTSIDE THE TENT AND IT WAS ABSOLUTELY CLASSIC!

Dave! You passed out literally next to your tent mate! What were you doing! You were so wasted!

Unlike now when you’re petrified they’re going to find your drugs, back then it was all “can I have a picture in your high-vis mate!!!!!” 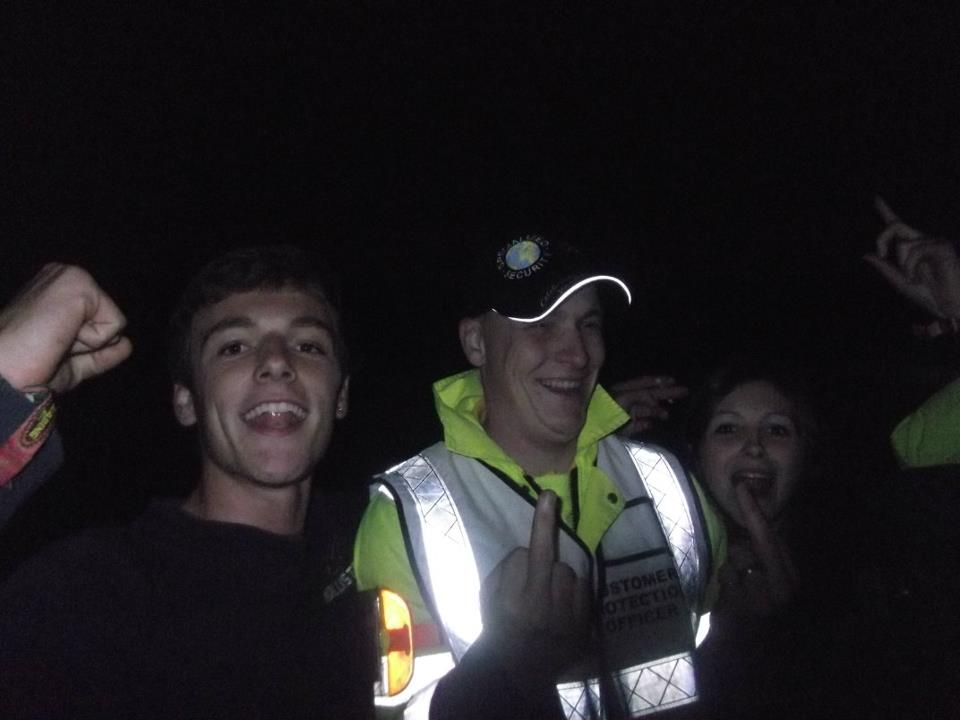 It was worn like a badge of honour when going back to school and everyone knew about your non-existent bowel movements.

It was almost like you'd been informed the world was ending and it was essential to stock up on canned goods, a bit like the war. Beans, spaghetti hoops, Pot Noodle, Pringles, rice cakes, Haribo, apples – the shopping list went on.

GETTING THERE RIDICULOUSLY EARLY ON THE WEDNESDAY FOR EARLY BIRD, SETTING UP CAMP AND GUARDING THE AREA UNTIL FRIDAY MORNING

There is no fucking way someone is gonna pitch up a tent in the middle of our area!!!!

KEEPING THE WRISTBAND ON UNTIL SECOND YEAR OF UNI

“Omg I was at Reading 2011 too!!!” It’s a unifying moment when you and a total stranger have been to the same festival, alongside another 150,000 people – funny that. 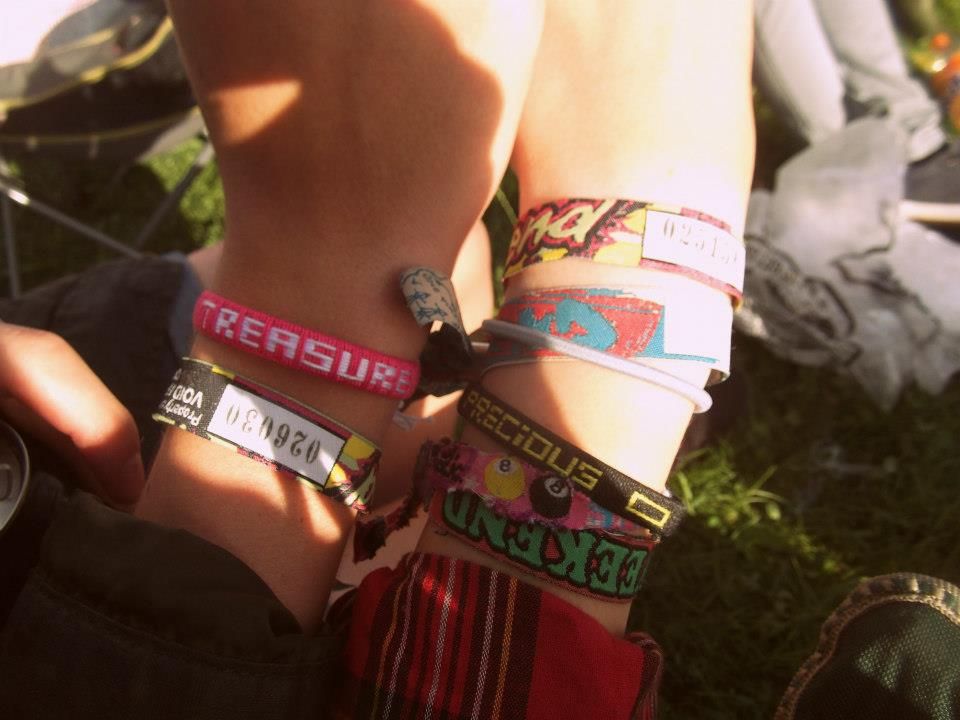 POSING WITH A TINNIE IN EVERY SINGLE PHOTO

People need to know I am consuming alcohol and I’m not even legal!!!!

…AND POSING WITH A CIGGIE FOR EXTRA POINTS

OR POSING WHEN CLEARLY BAKED

Because nutrition is not important when you have three crates of Brothers cider to plough through.

MAKING FRIENDS WITH TOTAL STRANGERS AND TAKING PICTURES WITH THEM, WHICH NOW ON REFLECTION HAS RUINED ALL YOUR PHOTOS

Honestly look back at photos and tell me you’re not thinking who the fuck is that and why did I get a picture with them? 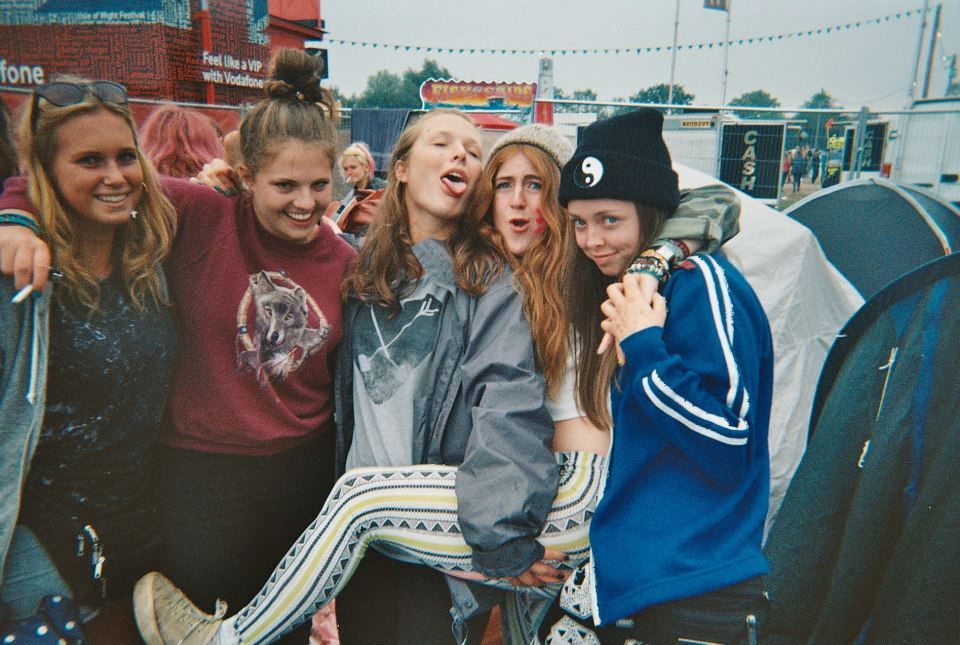 Pills were too scary and unknown for you, but weed wasn't, weed was cool. Someone bought some, it cost £30 and turned out to be mainly crushed herbs but you acted high anyway.

I’m exhausted thinking about it tbh.

And not giving one single fuck.

Because that’s how much spare time you used to have.

To be fair The Vaccines probably deserved it.

RUNNING TO SEE THE FOLLOWING BANDS:

Impressing all the boys with my 32As!

You bought it with that £25 voucher Auntie Janet gave you for your birthday and you rarely wore anything else.

LITERALLY TRASHING THE PLACE ON THE MONDAY MORNING

Flying gas canisters in the air, throwing deodorant cans into bonfires, trashing the perfectly good three man tent dad kindly lent you (you told him it got “slashed” by a randomer and it definitely wasn’t your fault.) 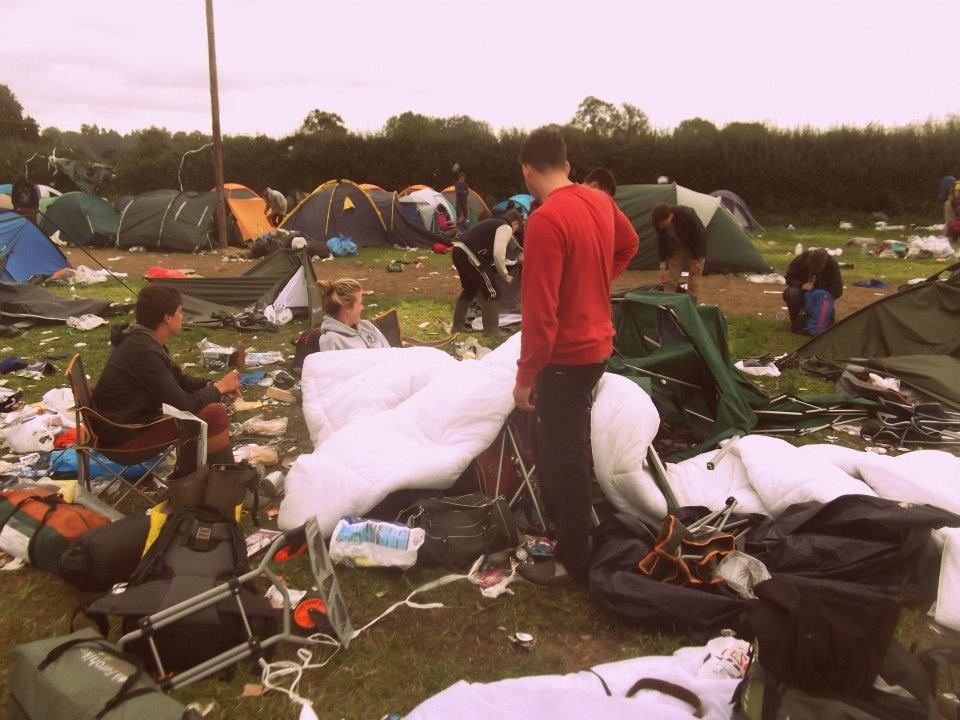 And having to blow black bogies for about two weeks after.

She wouldn’t let you leave even though Fall Out Boy were about to start because she had to find out exactly where his tent was so they could meet up later.

ACTUALLY SEEING A FULL DAY'S WORTH OF MUSIC

Can you imagine going to Glasto now and having the stamina to go from 11am-10.30pm everyday? Absolutely not.

BEING OBSESSED WITH FIRE

Imagine 17-year-old you looking at this year’s lineup of Kendrick Lamar and Travis Scott – mortifying.

2) How to sneak alcohol into a festival without getting caught

3) How to sneak drugs into a festival, with diagrams