MDMA, ketamine, cocaine and pills: The Tab’s guide to drugs

Find out about comedowns, which drugs not to mix and what each drug does to your body

This guide provides the answers to questions you may have about drugs, including MDMA, ketamine, cocaine and pills, like "how long does cocaine stay in your system", "how to have sex on MDMA", "what does MDMA do to your body" and "what's a ketamine bladder". How to get over a comedown is also explored, as well as which drugs you shouldn't mix:

MDMA is a Class A drug, also known as molly, mandy, ecstasy or MD. It comes as either as a crystal, powder – coloured anywhere between brown, yellow, off white and white – or as a pill.

How do I stop gurning on MDMA?

To try and settle a clenched jaw and gurn face, people tend to either chew gum or suck on a lollipop or some kind of sweet to keep their mouth preoccupied. However some users say magnesium supplements are effective if taken before taking MDMA. It's also found in hummus, so the chickpea goodness could help keep your jaw under control on a night out. 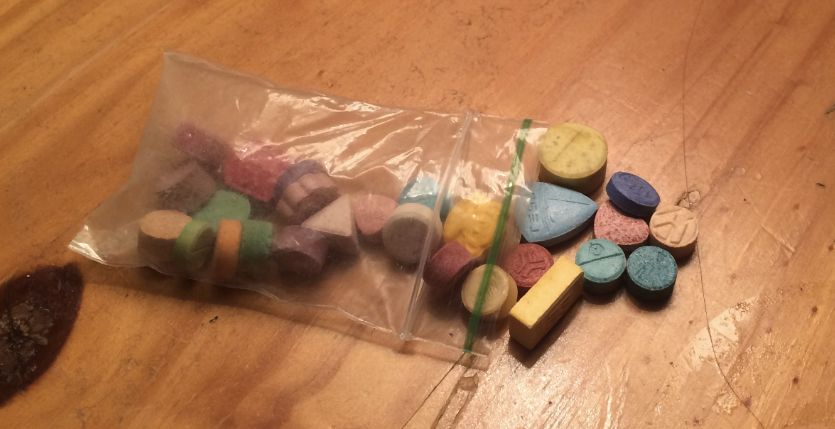 Ecstasy can come as a pill

When you take MDMA your pupils dilate because of the release of dopamine, which make them look like massive black dinner plates. Alongside the constant want to move, the sweating and gurning, MDMA eyes which are constantly rolling back are a big giveaway you're on the drug. You can get wiggly MDMA eyes which makes it hard to see anything clearly like your phone screen.

What does MDMA do to your body?

Taking MDMA will usually produce the following physical effects: the constant want to move, rise in temperature and sweating, eyes dilating and a gurning jaw. Mentally there is an overwhelming feeling of love and euphoria. Mandy triggers the release of serotonin and dopamine, which causes all these things to happen.

How long does MDMA stay in your system

MDMA will stay in your blood for two days, your urine for three to four days and up to three months in your hair.

Unfortunately sex on MDMA can be impossible. For guys, MD can make it difficult to get erect leaving and girls find it hard to get in the mood, even though there is a heightened feeling of love. However some people have claimed being on MDMA and intimate with a partner is great because of all the increase of serotonin and oxytocin – aka love hormones – making it more sensual.

One user who micro-dosed on MDMA for a week felt more motivated to do work, more social and and active. However they lost up losing seven pounds and the comedown left them bed bound for weeks. Although some claim to have had good experiences of taking small amounts of MD per week, most say it's disruptive. 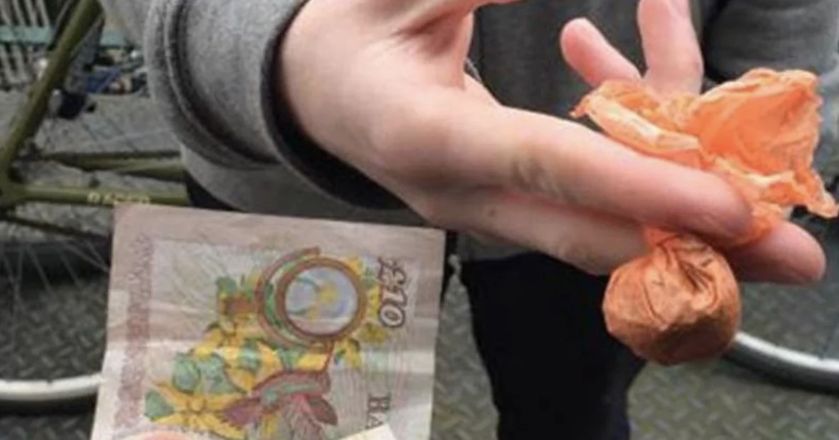 MD is usually taken either by nibbling on a pill, snorting or swallowed in bombs. How much you take will depend on several factors, such as how much sleep you've had, what you've had to eat and drink and weight. Roll Safe suggest the correct dosage (mg) is your weight (kg) + 50. The amount with the most positive effect is 81-100 mg, according to Roll Safe.

People also dab MDMA using their fingers and rubbing it into their gums or dropping the powder in drinks, however it is harder to know how much you have taken this way.

How do you know which pills are safe?

It's best to not take your pill in one go so you can see how you're going to react. The Loop, a drugs awareness charity, regularly post on their Twitter pills which have caused people to fall ill. These are the pills which have been flagged already this summer to avoid.

Ketamine is a horse tranquilliser, but is now also enjoy as a way to get high by humans. Ketamine, also known as ket or K, comes in powder or crystal. People sniff ket in lines, or use a lil ket spoon to snort it.

How long does ketamine stay in your system?

Ketamine will stay in blood for four days and urine for two weeks. It's traceable in hair for 90 days.

Ketamine is really bad for your bladder, so much so that some people have to get it removed from taking too much. Ket damages the tissue and causes the bladder to shrink, meaning the user has to go to the toilet more often than normal. And when you do pee, it's really painful.

Users feel floaty and calm after taking ketamine, with some saying they feel their mind and body separated. Others say it's "like walking on air" or that they're "drug drunk". However when you have too much K, you can have what one user described as "a deathlike experience" – a K hole. Your awareness of everything becomes so blurred, you can't communicate with anyone. People experiencing a k-hole can become delusional and hallucinate.

Cocaine, also called coke, comes as white powder and is taken in lines. The effects wear off much faster than most other drugs, meaning people tend to take lots of bumps, or lines, a night when they start to feel a drop in mood to keep stimulated.

How long does cocaine stay in your system?

Cocaine will be traceable in blood for two days and found in urine for up to three to four days.

Cocaine makes you feel sharp mentally and physically. Your mood is heightened, you're more chatty and awake. However coke can make some people feel depressed, aggressive and over-confident.

Snorting cocaine irritates the inside of your nose, causing it to inflame. If you take too much coke, and by this I mean A LOT, the nasal septum can collapse meaning you have one giant nostril.

Sadly with all drugs, what comes up must come down, and depending on what you take and how you manage it will alter the outcome. Comedowns can last from anywhere between one day to a week, with three days being the average. 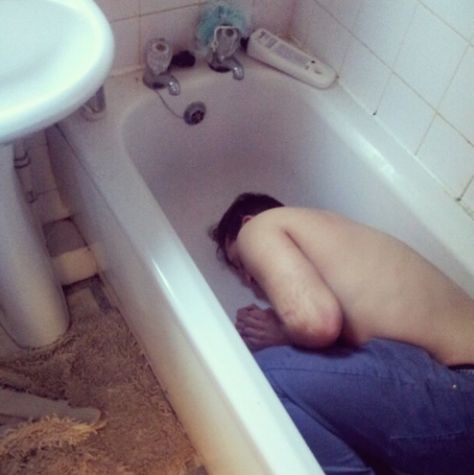 An MDMA comedown can be relatively miserable as you spend the day remembering how euphoric you felt the night before. To help it, take Valium if sleep is disrupted and 5-HTP pills to readjust serotonin levels. Marmite and orange juice can both help with serotonin levels also.

Because ket is a tranquilliser there isn't really a comedown, but more a hangover. Like cocaine, rest and hydration is key. Some ket users can feel nauseous after taking the drug, so drink mint or ginger tea to ease the feeling.

After taking coke your body is exhausted, and the best way to get over it is to sleep it off. When awake, eating nuts, bananas, orange juice and lots of water will bring your serotonin levels up again.

Which drugs you shouldn’t mix

If you're doing drugs, you're probably going to be drinking alcohol during and beforehand. But how do different drugs interact together? Alcohol and MDMA, alcohol and cocaine, MDMA and K, Mixing drugs can be dangerous, but usually only if you take too much of one. The way they interact can make you think you need more of one substance to feel a better high, meaning you could overdose.

Alcohol is a depressant and cocaine is a stimulant so technically they shouldn't really mix. However the mix can create cocaethylene in your system, which will either make you feel euphoric for longer or feel really shit. Either way, the production of cocaethylene will make your heart beat even faster, putting you at risk of heart problems.

Drinking alcohol makes you dehydrated and MDMA makes you sweat a lot due to the rise in body temperature. So they aren't a good mix, with only one alcoholic drink being recommended. It's important to drink water regularly when on MDMA to keep hydrated, otherwise you put yourself at risk of collapsing. How much water should you drink when on MDMA? Around one 250ml glass per hour is the recommended amount.

People typically mix MDMA to get the high and fun of MDMA first before ending the night on a bit of K to chill them out. But mixing both stimulants at the same time can counteract the high either one would typically give you. Too much ketamine with your MDMA and you could lose your euphoria due to feeling sedated.

People in this Reddit thread claim MDMA and cocaine together on the same night is a bad idea. It puts you at risk of cardiac problems, and are better enjoyed separately.

1) How to minimise the comedowns from every drug you’ll take, by drug experts

4) ‘They just said smoke it off campus’: What actually happens when you get caught with drugs at uni