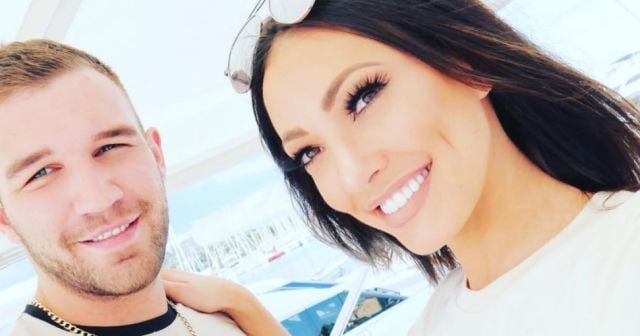 His death is not being treated as suspicious

Aaron Armstrong, the boyfriend of former Love Island contestant Sophie Gradon, has been found dead just weeks after the loss of his girlfriend.

Aaron, who was devastated by his girlfriend's death, was found in his house in Northumberland on Tuesday afternoon.

A spokesperson for Northumbria Police said: "At around 12.20pm today police received a report from the ambulance service that a 25-year-old man had been found deceased at a property on Furnace Road in Bebside, Blyth.

"There is not believed to be any third party involvement and a report will now be prepared for the coroner."

After Sophie's death, believed to be a suicide, Aaron posted messages on his instagram speaking of his grief at her passing. Just yesterday, he posted a tribute to her.

? just wish I could cuddle you all day miss you so much man Sophie not a minute goes by with out your gorgeous smile being a picture in my mind everyday we spent together was so amazing I need them days back ?? I love you princess ??

It's thought that Sophie was suffering with mental health problems before her sudden death, which was mourned by her fellow love island contestants.