Every guy's worst nightmare is having a one night stand and in the following days the girl accuses him of raping her. We know what happens next: the man becomes front page news before a jury has decided whether they are guilty. Their name and face will forever be associated with rape. This could happen to anyone.

This week, those people were Barto Joly de Lotbiniere and Joshua Lines. Barto rose to fame when he appeared on University Challenge. He was later accused of raping a student at York 11 months earlier after they'd gone back together after a night out. Joshua Lines was accused when he slept with a student after a party in Manchester. Both trials were heavily covered in the national newspapers. Both men were eventually found not guilty. 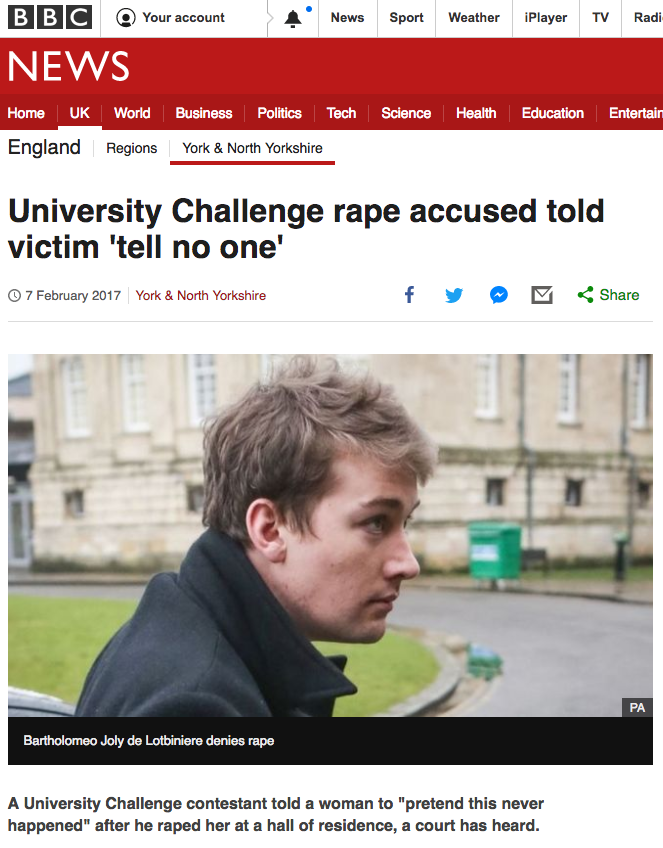 Rape cases are murkier than any other type of crime for two reasons. Firstly, they often rely on the accounts of two people behind closed doors, sometimes drunk, and secondly, a rape accusation indisputably causes the most reputational damage of all. Who hires a rapist? Who is friends with a rapist? No one. And rightly so, it's a hideous crime. People found guilty of it deserve to be locked away forever. This is why rape cases draw media attention like no other. They invite intrigue and speculation that never, even years after the guilt is disproved, leave the accused. Once accused a rapist, always a rapist.

A quick Google of "Barto Joly de Lotbiniere" returns 400 results. Some stories point out he's been cleared, but the fifth headline reads: "Student Bartolomeo Joly de Lotbiniere 'raped girl to help her get over ex'". Only one of the first five search results for "Joshua Lines" mentions he has been cleared of the charges brought against him.

I'm not highlighting anything new here. Nick, another Manchester student, struggled to get a job and his friends stopped talking to him after being falsely accused of rape in 2009. Louis Richardson, a committee member of the Durham SU, was forced to resign from his position in 2016 even before being found not guilty of raping one woman and sexually assaulting another. Former Oxford Union President, Ben Sullivan, went on BBC Newsnight in 2014 to call for anonymity for men accused of rape after he was cleared of any wrongdoing. Interestingly, he didn't call for an outright ban, but for identities to not be automatically revealed the moment you're arrested.

He's far from the only one. 77 per cent of the 2,000 people we surveyed agreed the names of people accused of rape should not be revealed until they are found guilty. 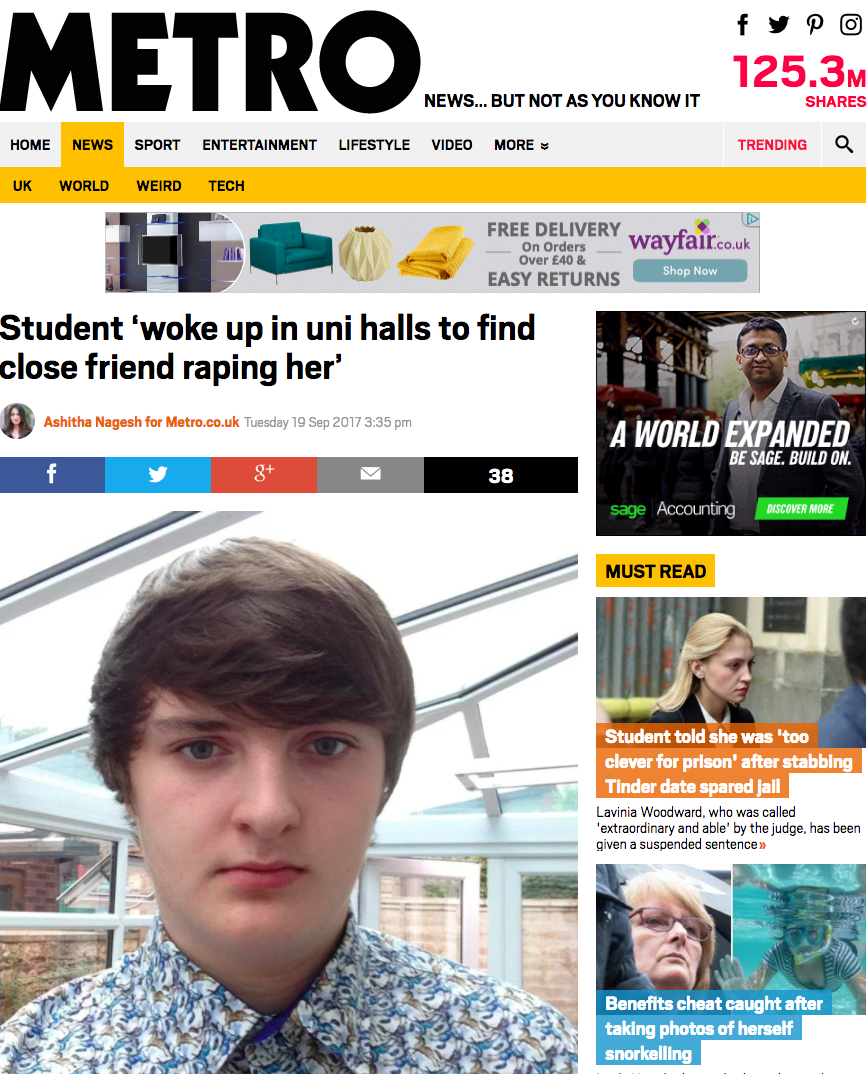 Police say naming rape suspects empowers more people to come forward with allegations, helping to convict a criminal who deserves to be locked up. The number of rapes reported to police has doubled in the last four years, which is obviously a really good thing. This may well be the case, and if we can prove this significantly correlates to the amount of convictions, the case for identifying those accused of rape becomes more convincing. But it's hard to ignore what's happening to the lives of young men found not guilty of rape.

But what about those difficult cases? The ones where the text messages, or his reaction as reported in the papers, made him look guilty? It's easy for us, as people removed from the story to say "He definitely did it. I read the messages he sent her". You might even share an article with their face plastered across it, before you know his fate.

But I wasn't in the room, nor was anyone who has read the coverage of these trials. You and I are not in a position to question a jury's decision. We must respect the verdicts of those who have seen all the evidence.

Do you agree? Have your say in our poll below: