Yesterday a university erected a 10ft statue of a dog in the Students’ Union as a prize for students voting in the annual elections.

University of East Anglia Students’ Union stuck to their promise of putting up a statue of ‘Cloud Dog’, a legendary campus pooch who was frequently seen being walked around campus, if over 1,500 people turned out to vote.

The statue was one of many incentives for students to vote, alongside free entry to SU nights and free food.

The figure is not only a prize for voting in the election, but doubles up as a shrine honouring Cloud Dog, as to campus horror, she died from arthritis in October.

So, who is this prized pooch?

The university boasted a legendary campus mascot who could regularly be seen all over campus. The one and only Cloud Dog She is a Norwich icon, and gained so much fame that she was voted BNOC of the year in 2015 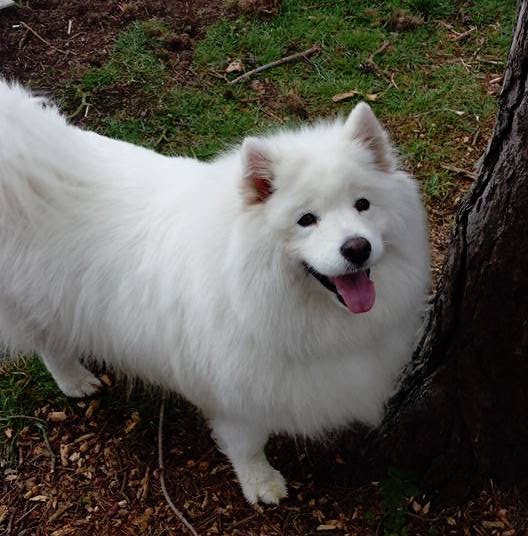 Cloud Dog even has her own Facebook page with over 1,000 likes 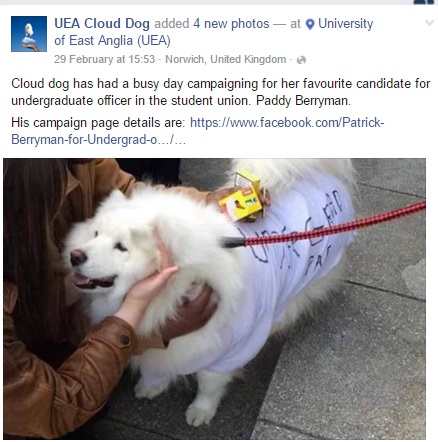 However, this story isn’t all rainbows and smiles, as tragically, Cloud Dog passed away last October 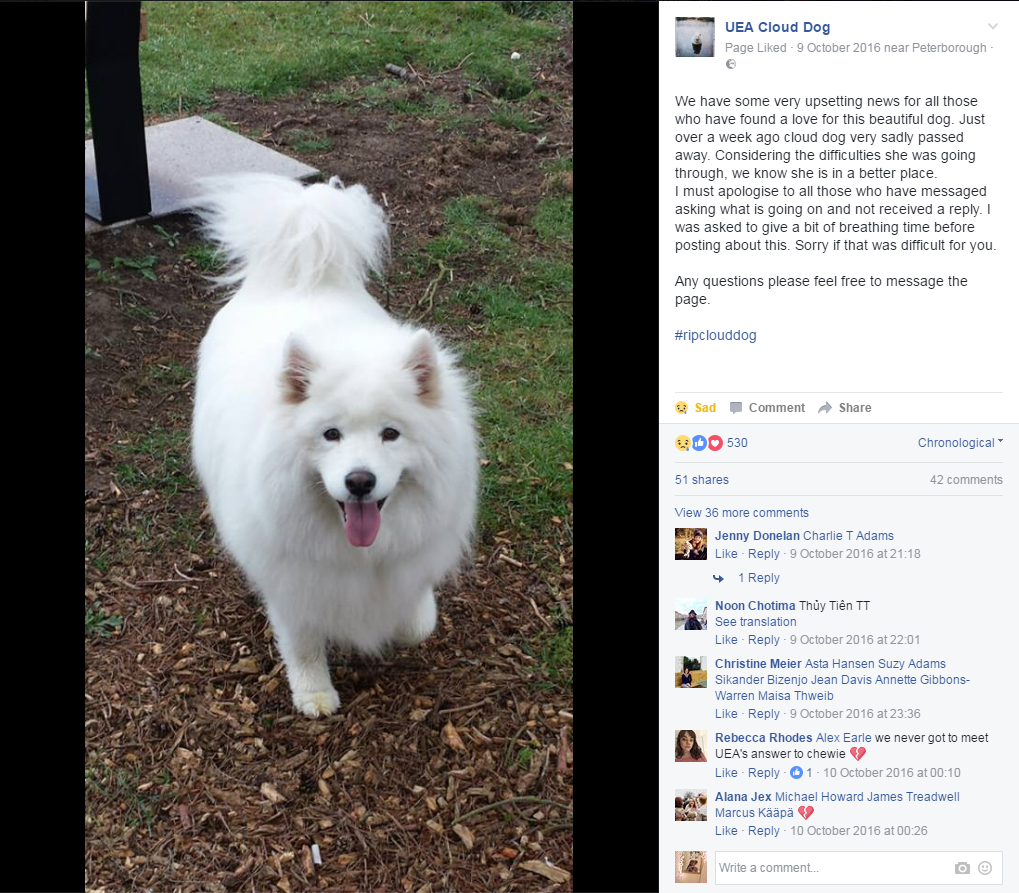 She had sadly been suffering from arthritis for a while, and was mourned by everyone on UEA campus

cloud dog has died and nothing in the world matters anymore

Added to that cloud dog has died, is there any reason to carry on now or…?

But this March, the SU needed a way to get students to vote in the upcoming Union elections, so provided prize incentives

This, for obvious reasons, got UEA students voting like mad, with a record 3,669 people voting in the polls

dramatic reenactment of how @_canndo and I will come for the SU if the cloud dog statue doesn't happen pic.twitter.com/gsnJoyUz2a

And the SU actually kept their word

And here it is, in all its glory, erected in UEA’s Students’ Union for all to see, all 10ft of it 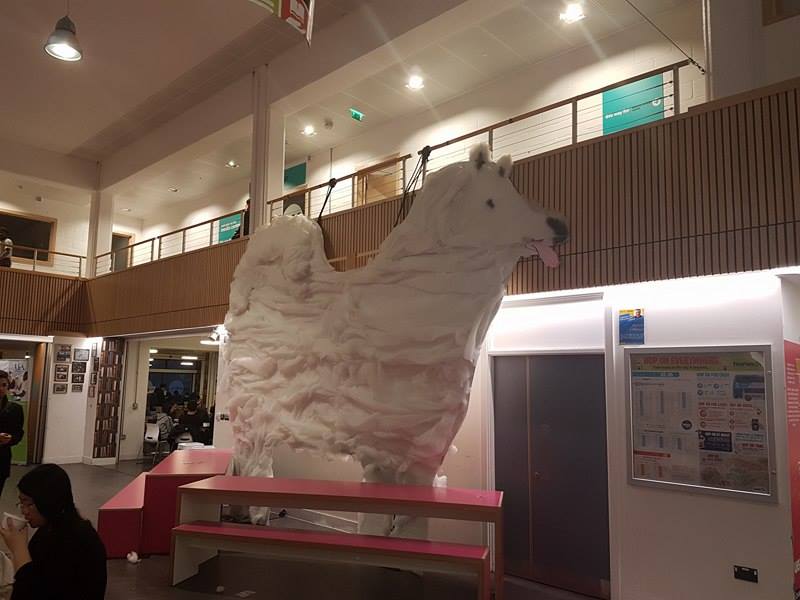 I don’t know if I would call this a ‘statue’, but sure.

Most people are bloody loving it

@megbrowne2 don't know how to feel about this… ?