There were people gathering from 6am

Fans from all over the world were in attendance at the David Bowie memorial today, a year after his untimely death.

The memorial, painted by artist Jimmy C on the side of Morley’s department store, became a makeshift shrine for Bowie following his death. Plans were announced in the summer stating it was to be protected by Lambeth council. 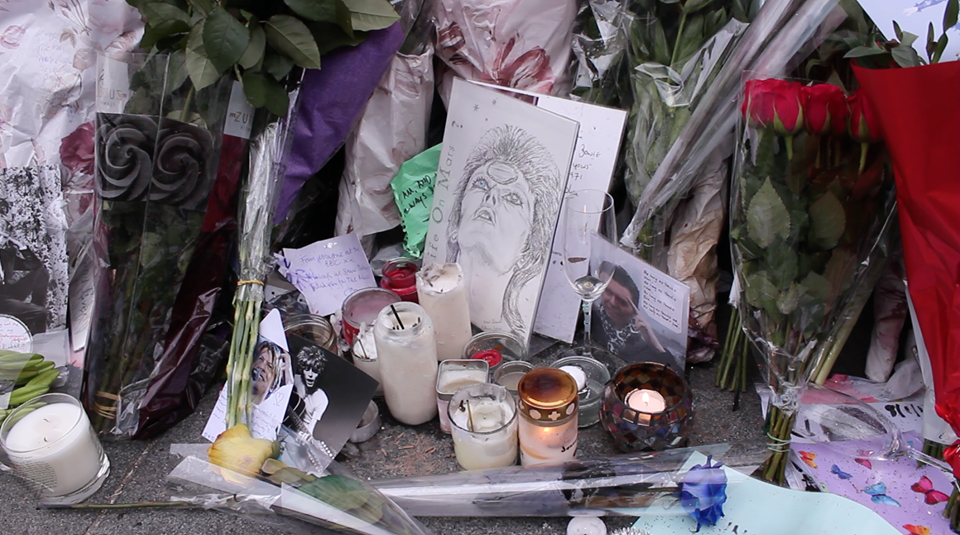 Some travelled for hours especially to tour the sites of London with particular connections to Bowie, including his former childhood home and Heddon Street, the location famous for being on the album cover for The Rise and Fall of Ziggy Stardust. 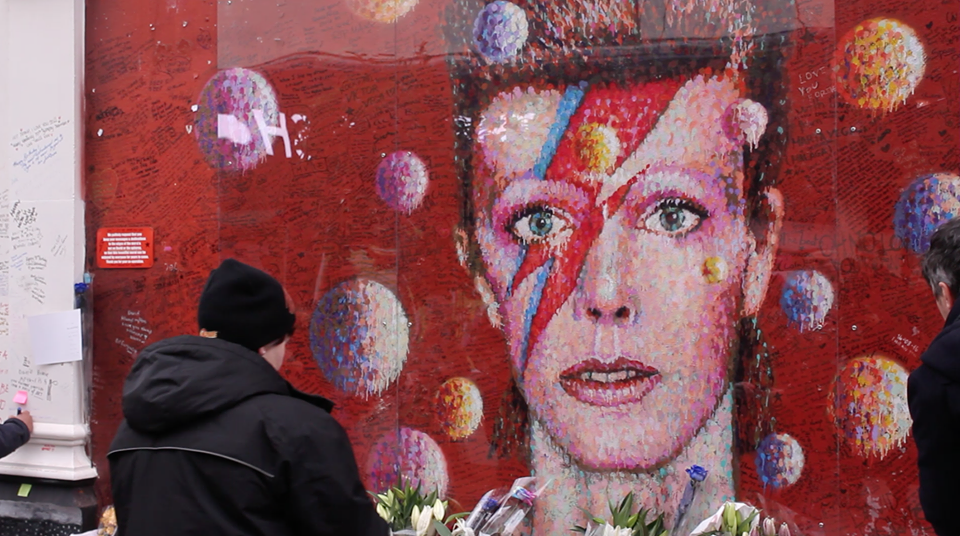 19-year-old Jess Barlow Thorpe, from Matlock in Derbyshire, set up a Facebook event in November encouraging fans from far and wide to gather at the memorial today.

She said: “He was a huge inspiration to me, and to many others as well. I’ve loved him ever since I was nine and he’s been a huge part of my life.

“He was just an icon. He changed music, he changed what people thought of other genders. He makes other people know that they can be themselves. He just changed everything.” 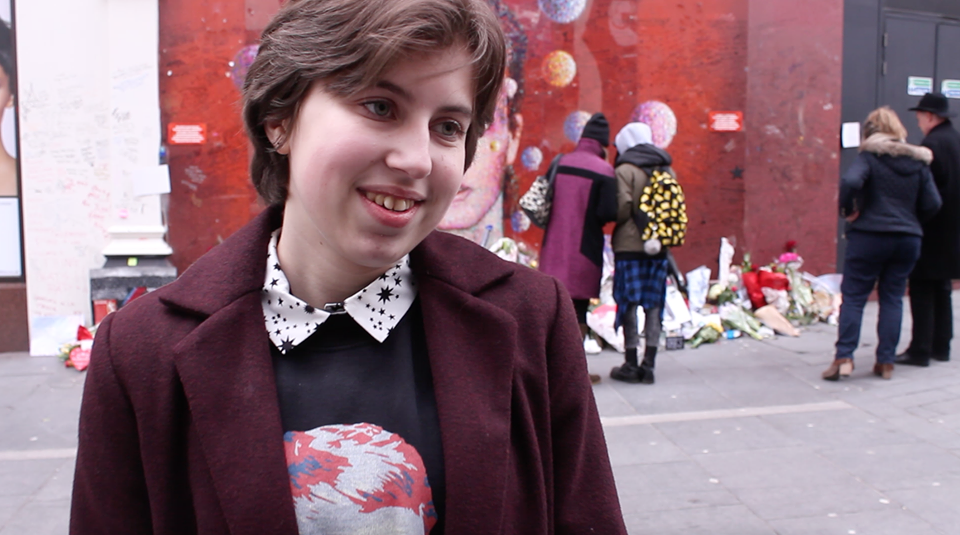 Another mourner recalled fond memories: “I got into David Bowie in 1972. I bunked off school to come and see him at Hammersmith and that was just my love for David Bowie from then on in, for absolutely everything he’s done.

“My son was only five years old and we were stood outside Maida Vale studios and I had a pen in my hand and my camera and I couldn’t say anything. I was shaking like a leaf and he turned around and he went ‘did you want my autograph?’

“He’s just always been very special, everything he’s done, his music, the way he reaches out to people. I never understood when I was growing up why people got upset when Elvis died but when David died I understood.”