He will join the BBC Trainee Journalism scheme

Hamzah Abbas, The York Tab editor and third year English student at the University of York, has won the "BBC Student Journalist of the Year" award.

In winning the award, Hamzah will now graduate with a place waiting for him at the BBC Trainee Journalism scheme in London. 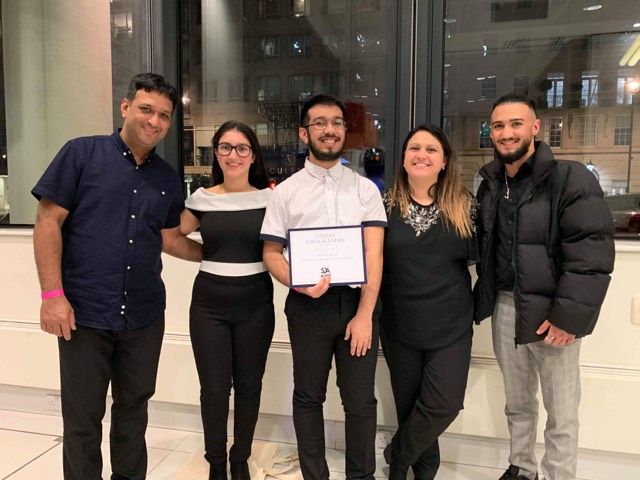 Hamzah and family at the awards

Visit our Instagram @theyorktab for videos of Hamzah winning the award!

The stories submitted from The York Tab included an investigation into Unity Health, in which it was reported the practice had missed a student's potential cancer scare, after she was made to fill out the online form for suspected freshers' flu.

Hamzah wrote: "Nora's problems centred around her inability to get an appointment and Unity Health trusting students to describe their symptoms correctly using an online form.

"Filling out the Unity Health online form led her to a two-minute phone call with a member of staff saying she didn't need an appointment." 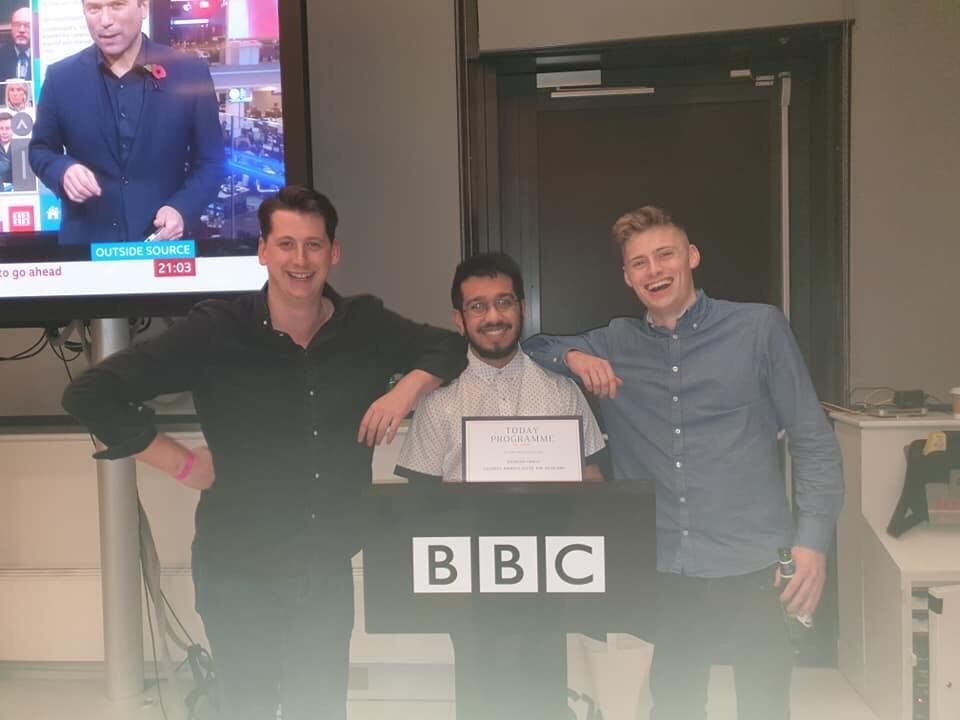 Another story submitted within his application was an interview with Sean Price-Regan, a 22-year-old who never believed he'd get into uni after working on a building site aged 17.

He wrote: "Sean thinks universities need to work harder to get smart young pupils like him into university.

"He thinks university is an option for everyone, even if it isn't typical for people from your family, area or social status to go and everyone should know that.

"Top unis must go in and talk to people in working class state schools so that kids know it is possible."

"Sean's experience of York is typical of many working class students at good unis. Accommodation is expensive and potentially off putting for incoming who can't afford it.

"It can be alienating, and hard, and he feels like half of the people he meets at uni have been privately educated." 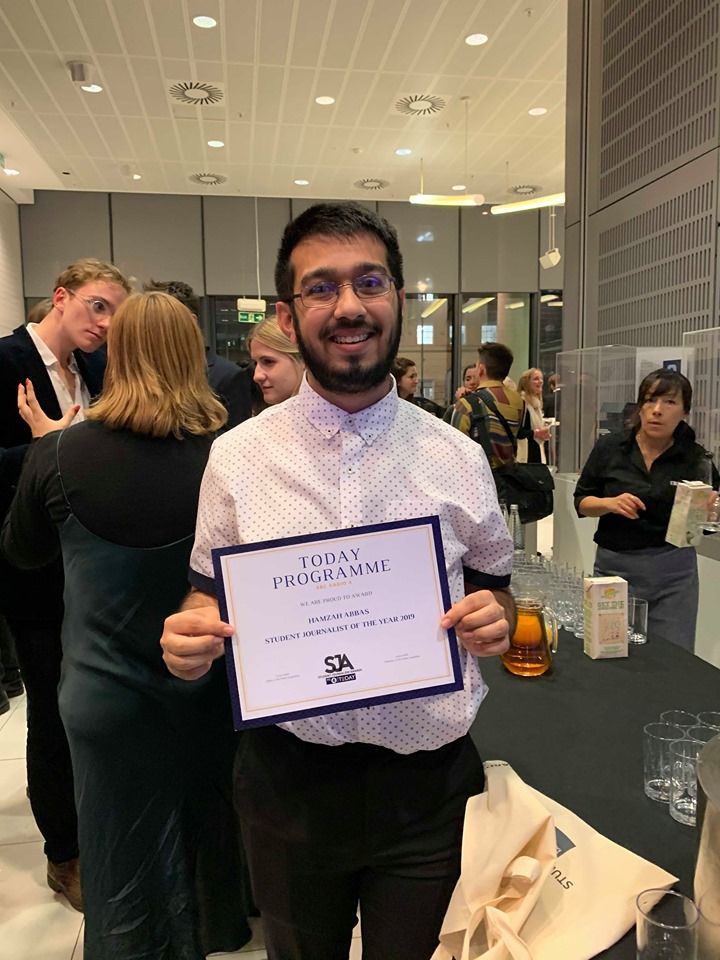 Hamzah with his award!

The third story as part of Hamzah's application was a Russell Group uni ranking in order of how white they are.

The article ranked the percentage of white students and ordered each Russell Group university from highest to lowest.

Hamzah published the rankings in 2018 after a year of increased numbers of racist incidents.

He wrote: "The past year was also seen a number of shocking racist incidents on UK campuses.

"It is therefore maybe of little surprise to hear that on average the Russell Group unis contain 77 per cent white people. But which is the whitest?

"That year, Queen's Belfast was the whitest of the Russell Group unis, with a staggering 95.31 per cent of the student body being white.

"Not far behind it were Exeter and Edinburgh, with 89.51 per cent and 88.86 per cent of the student body being made up of white people." 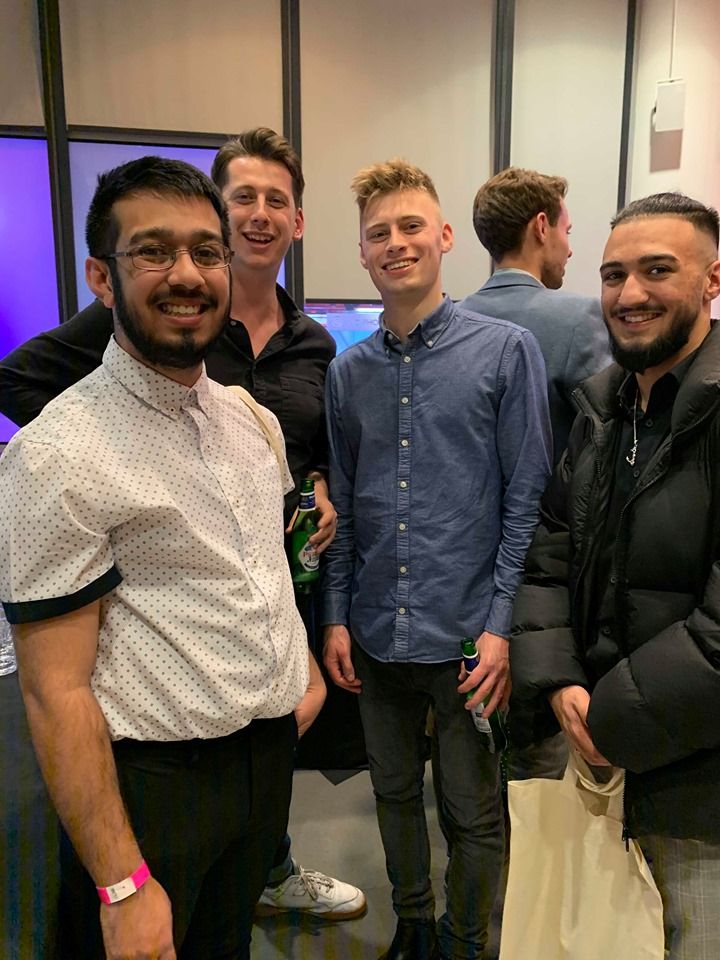 Hamzah and some of the Tab team

On winning the award, Hamzah told The York Tab: "I'm feeling excited and relieved. I didn't expect to win and though it was an honour just to be shortlisted with four other highly talented student journalists.

"I'm excited to start with the BBC next year and having my post uni future sorted means I can really focus this year and not worry about applying for grad jobs."

Hamzah joined The Tab back in January 2018, progressing through the positions of News Editor, Co-editor and then Editor. He also completed a two week internship at The Tab HQ.

Aside from The Tab, Hamzah has featured on by-lines for The Sunday Times through his internship on the Home News Desk this year. Hamzah also writes for Last Word on Football, where he "wanted to experiment with sports journalism."

University of York predicts losses of £100m due to Covid-19