SolidariTee is a national, student-led fundraiser-cum-campaign that raised over £4,000 in Cambridge last year for Advocates Abroad.

The charity is formed of lawyers working pro-bono to provide legal representation to refugees in Greece, Turkey and Italy.

Ataii, SolidariTee’s founder, spent her entire student loan on the shirts she made last year, after working as a translator in Chios and experiencing the refugee crisis first-hand.

This year’s design is uniquely personal. The Farsi writing on the shirt comes from a meeting in Chios between an Afghan refugee and his lawyer for which Ataii was a translator –  it’s a map of his life story. 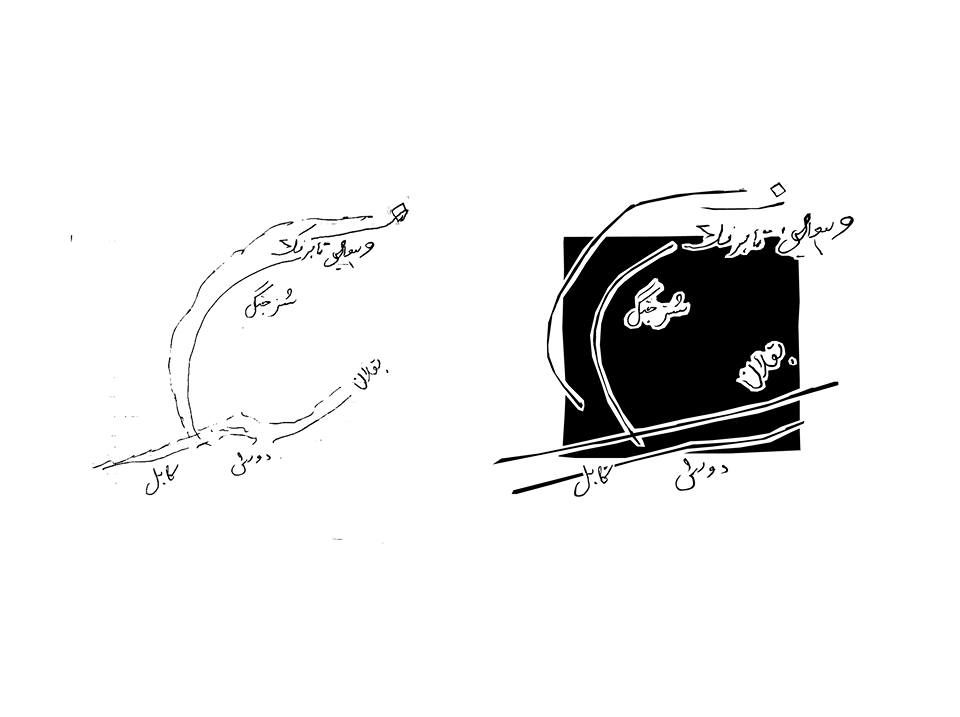 The design on the tote bags is a poem, written ‘neatly and properly’ by his son, dictated by his father between asylum claim discussions.

The £10 you pay for a shirt–the equivalent of two pints down south–pays for one night of accommodation for a human rights lawyer, and with the costs of production kindly covered by JCR donations (thank you Pembroke, Jesus, St Annes, St Hildas, St Johns, Worcester and Keble) and fundraising events like the SolidariTea hosted at St Benet’s last weekend, you can be sure your money is going straight to those who need it.

As Ataii told Cambridge’s Varsity magazine in October: “While many NGOs on the field deal with the symptom, I believe that Advocates Abroad deals with the cause. Legal aid is ultimately the only way that a refugee is going to be able to start their new life.”

And it’s not just a fundraiser: The idea behind the t-shirts is one of silent demonstration. Aside for the ongoing photo campaign on social media, on the 24th of November this year students at universities all across the country–Edinburgh, Durham, Liverpool, Cambridge, Oxford, Imperial, UCL and Exeter to name just a few–will show the world that refugees are welcome in the UK. MPs such as Caroline Lucas, Ian Murray, Tavish Scott and our very own Anneliese Dodds have donned a shirt and pledged their support.

What are you waiting for? Get yours here.

This article was sent in to The Tab Oxford by Mouki Kambouroglou.

What happened after my boobs went viral