Manchester Oxford Road station is offically the UK's worst station when it comes to train delays and cancellations.

In data collected by consumer group Which?, it was found that almost 68 per cent of services at Oxford Road were delayed, and a further 5 per cent cancelled since the beginning of this year. 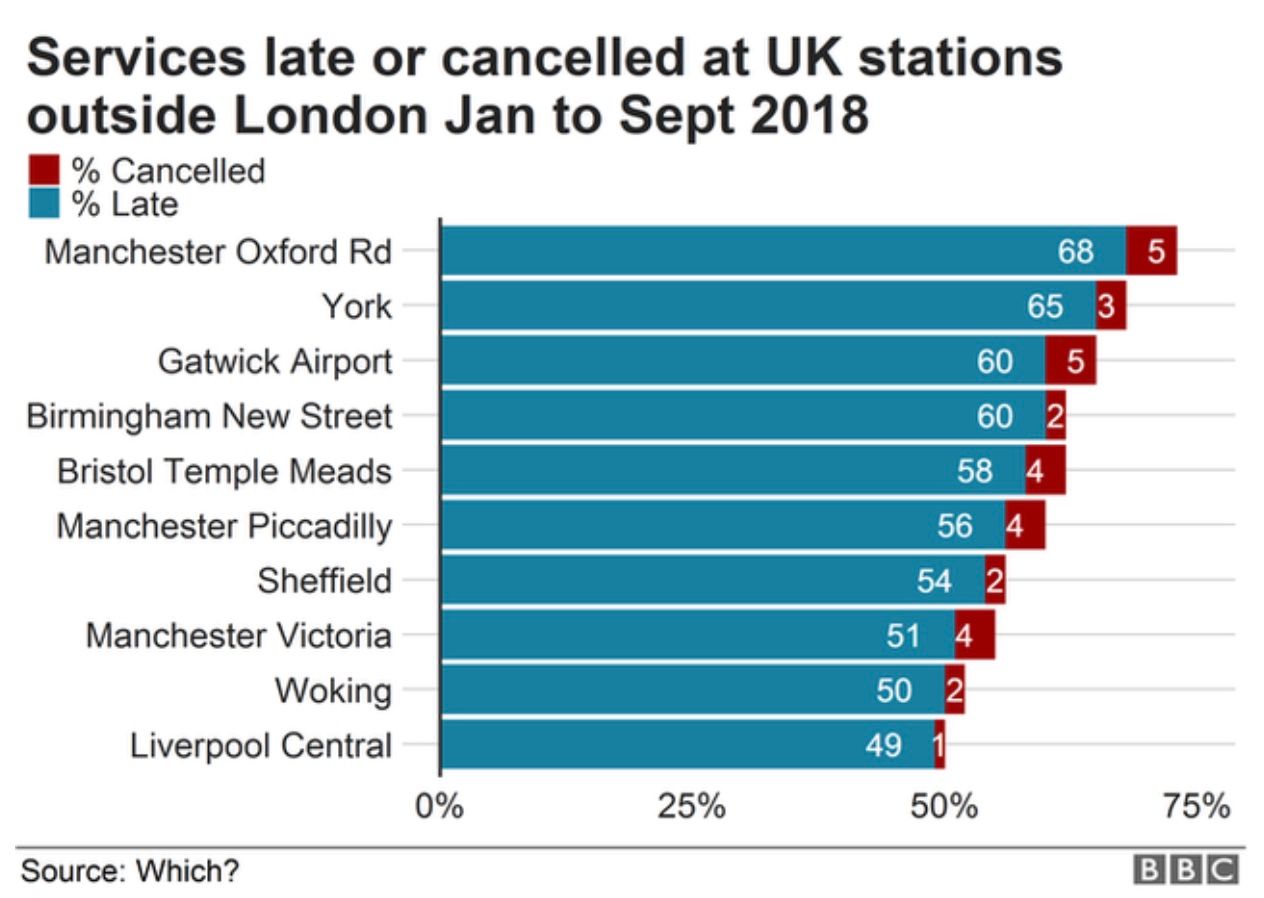 Manchester Piccadilly came in at sixth in the list, and Manchester Victoria ranked eighth, with just over half of services delayed.

Manchester Oxford Road station is crucial to students due to its ease of access directly from Oxford Road, and its proximity to both UoM and MMU campuses. It is also a vital connection to students commuting from the outskirts of Manchester and further, such as Leeds and Liverpool, meaning delays are not just impacting students coming and going for term time, but certain students every day.

Manchester Oxford Road Station is the biggest shithole on earth

Via Twitter, student Emma Kay described Oxford Road station as "the biggest shithole on earth", and also took a photo of the station's departures board yesterday afternoon, showing all but one train not running on time. 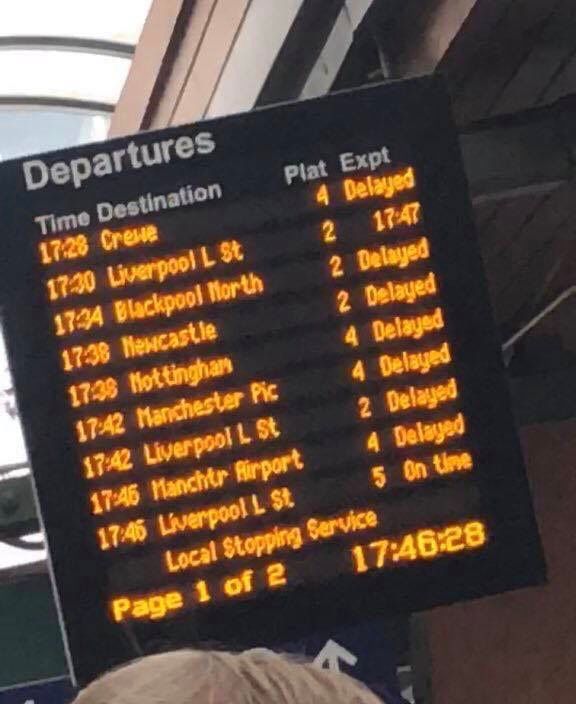 It has been suggested that timetable changes earlier in May could be the cause for the delays, and that hopefully with more time services will run more smoothly.

However, with the delays at Oxford Road affecting up to 77 per cent of services during peak hours, change can't come quickly enough.

Speaking to BBC News, Regional Director at the Rail Delivery Group Robert Nisbit said: "We know how frustrating delays are, which is why as part of our long-term plan, we're investing billions to ease congestion, reduce delays and minimise disruption… We will continue to push for big, bold reform as part of the Williams Review to enable rail companies to deliver even more for customers, employees, communities and the economy".