There was a ‘violent incident’ outside White Hotel on Sunday morning

The White Hotel have released a statement following what they're describing as a "violent incident" that took place outside the club in Salford on Sunday. 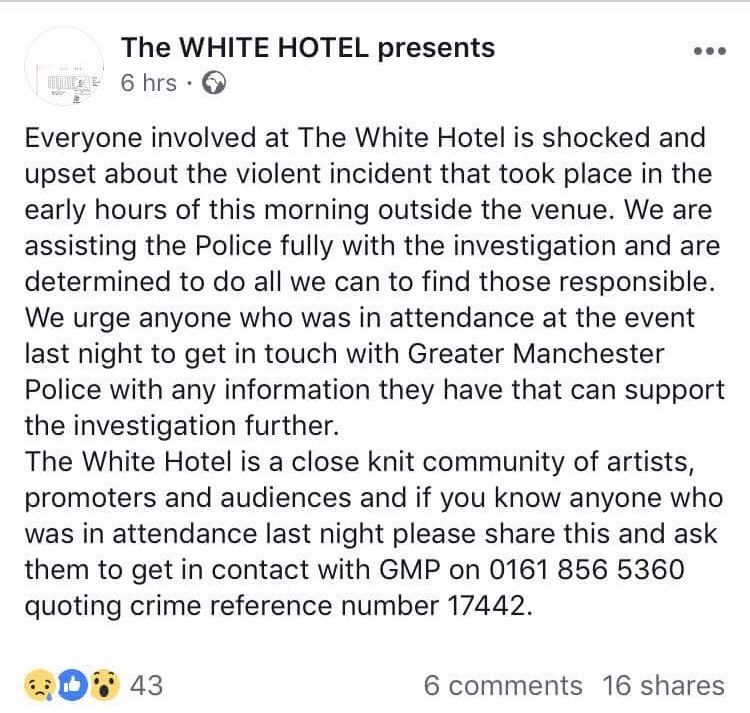 "Everyone involved at The White Hotel is shocked and upset about the violent incident that took place in the early hours of this morning outside the venue.

"We are assisting the Police fully with the investigation and are determined to do all we can to find those responsible.

"We urge anyone who was in attendance at the event last night to get in touch with Greater Manchester Police with any information they have that can support the investigation further.

"The White Hotel is a close knit community of artists, promoters and audiences and if you know anyone who was in attendance last night please share this and ask them to get in contact with GMP on 0161 856 5360 quoting crime reference number 17442."

As yet it is unclear exactly what happened, but posts circulating on Fallowfield Students Group seem to indicate a fight with punches thrown, and the involvement of a car. 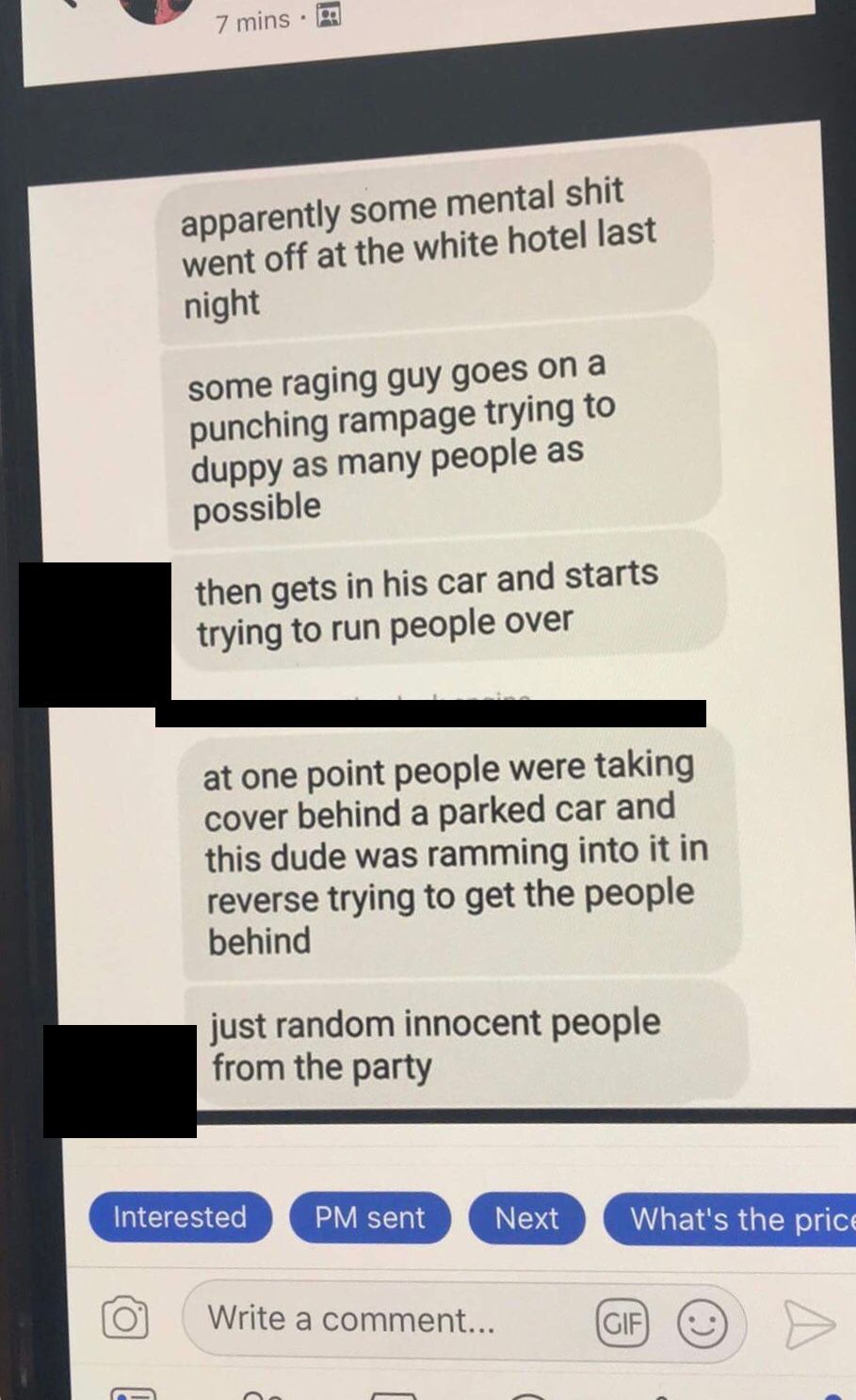 A screenshot from a chat was posted on FSG claiming "apparently some mental shit went off at the White Hotel last night.

"some raging guy goes on a rampage trying to duppy as many people as possible.

"then gets in his car and starts trying to run people over." 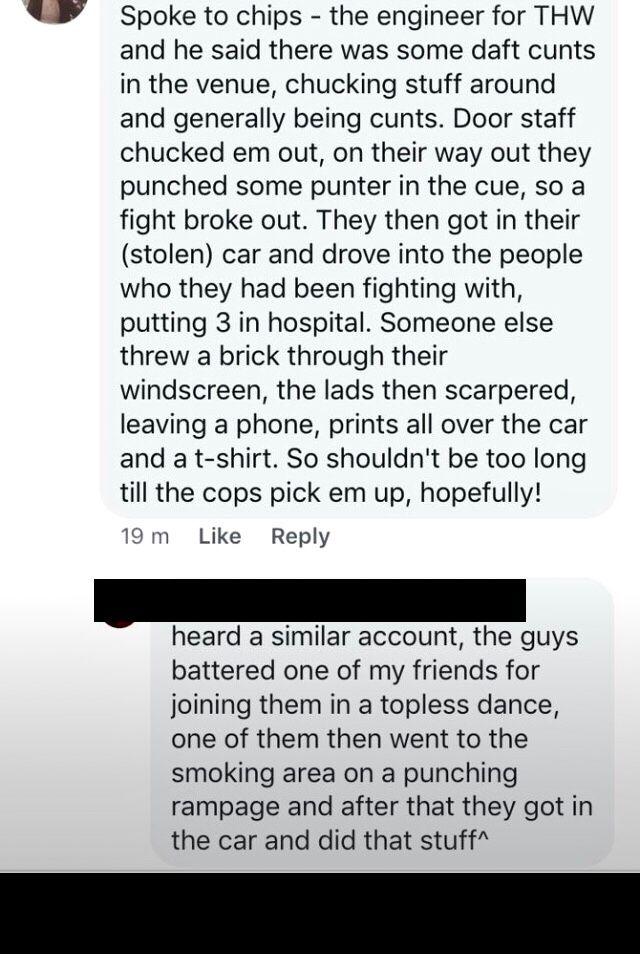 Greater Manchester Police released a statement to The Tab Manchester following the incident .

"Shortly before 5.25am on Sunday 23 September 2018, police were called to reports of a disturbance outside a music venue on Dickinson Street in Salford.

"Officers attended and established that a silver Ford Fiesta had been repeatedly driven in to a parked Vauxhall Corsa.

"Several pedestrians were stood behind the parked Vauxhall but thankfully there are no reported serious injuries.

"Three men fled the scene on foot prior to police arrival.

"No arrests have been made and enquiries are ongoing.

We are recruiting new writers, social media editors, and video creators. Sign up to join The Tab Manchester here.