It’s the third time that this has happened

On Thursday the 19th April, a University of Manchester student posted in Fallowfield Students Group reporting being masturbated at from a car on Egerton Road.

She stated this was the "third time" this had happened. 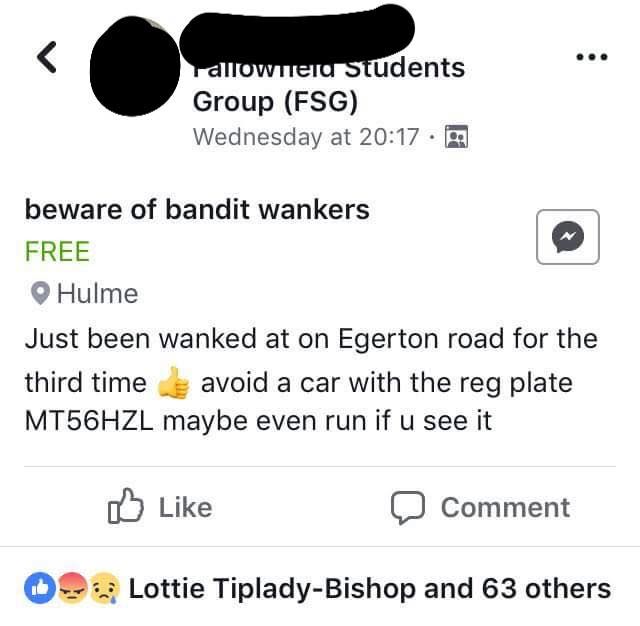 The incident has been reported to Greater Manchester Police, and in the meantime FSG members were warned to "beware of bandit wankers" and to "avoid a car with the reg plate MT56HZL" in Hyer's post.

Meanwhile, the comments of the student's post were less than supportive, facetiously adding their mates in comments, joking it may have been them. 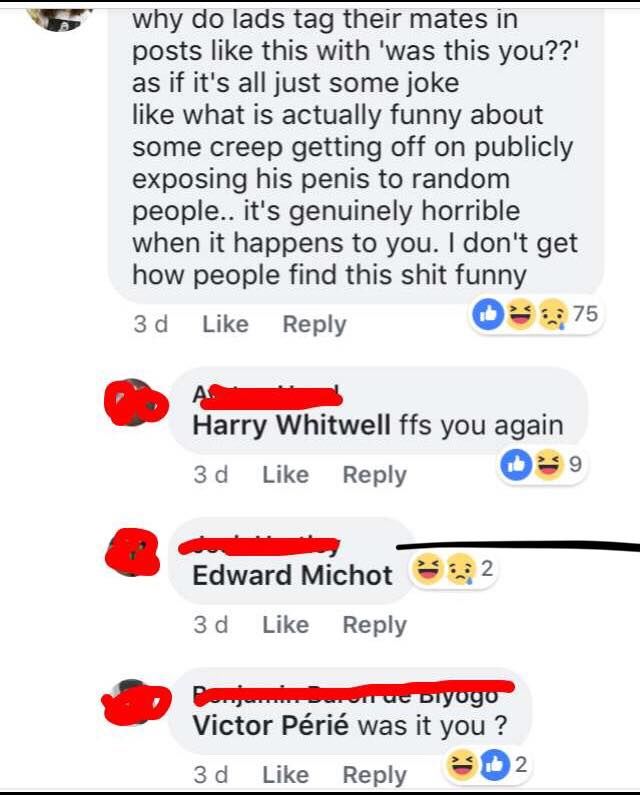