There have been reports of a potential controlled explosion at the house of the Manchester bomber on Wilbrahim Road in Fallowfield. 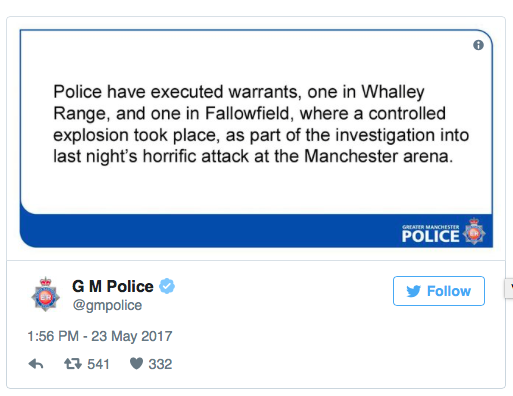 Armed police are thought to have raided a house in Elsmore Avenue, off Wilbrahim Road and carried out a controlled explosion. It is being reported that the house was the residence of the Salman Abedi who carried out the suicide attack at Manchester Arena on Monday night.

The videos show what seems to be armed police and police vehicles at the scene in Fallowfield.

LadBible reported that the explosion was ‘controlled’ and that police are on the scene, and urged people to stay safe.

It is believed that the explosion was carried out in order to gain access to the property.