VIDEO: Pandemonium as students struggled to escape the huge crater

House parties in Manchester are known for people dropping, but revellers on Amherst Road took things further last night – when they fell through a huge hole in the floor.

The night turned into chaos when the ground floor of the student house suddenly collapsed under the weight of 100 dancing students.

And party-goers told of “pandemonium” as they struggled to escape the crater, before emergency services evacuated the house. 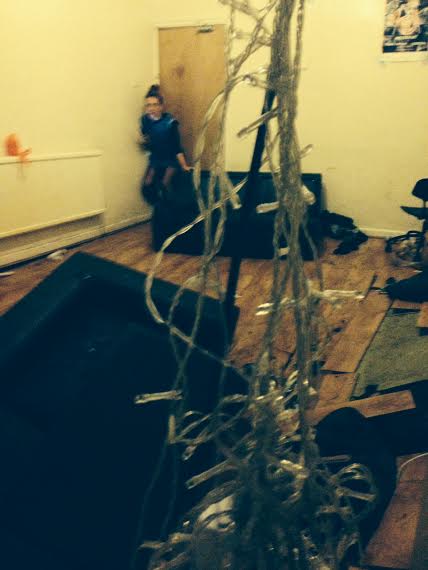 English student Ella Dix Nagra told The Tab: “I was stood on the edge of the room next to the patio doors, and the floor heaved and started to crumble, and everyone started  sliding down.

“As soon as this happened I tried to get out through the patio door but the floor lurched down again and then this dust cloud came up and I got some in my mouth and it was minging.

“Then everyone started to push forward to get out through the patio door and no one could actually get out. I got really squashed because I was right on the edge. Everyone was screaming just proper going it for trying to escape.” 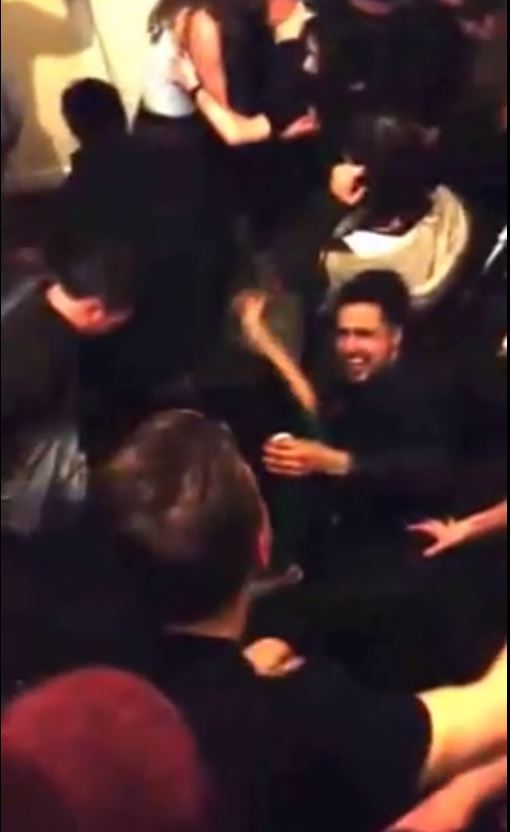 Revellers struggled to escape the chasm

Paramedics said it was a “miracle” no one was badly injured, but Ella – who had just finished university that day – needed medical treatment.

She said: “I looked down at my leg and was like ‘why am i covered in blood?’ I realised I had been injured so a paramedic took me to an ambulance and checked out my leg. There was another lass in there having her blood pressure checked or something.

Second year drama student Tir Dhondy lived up to the name of her subject, telling The Tab: “It was like a near-death experience. I fucked my finger and I have bruises all over my legs.”

Her housemates Georgia MacGregor and Katie Colvin revealed to The Tab that prior to the fall the girls were joking that it was as if they were “dancing on a trampoline” completely oblivious to what their future had in store for them.

“Pandemonium” added Georgia, “it was like hell rising from beneath.” 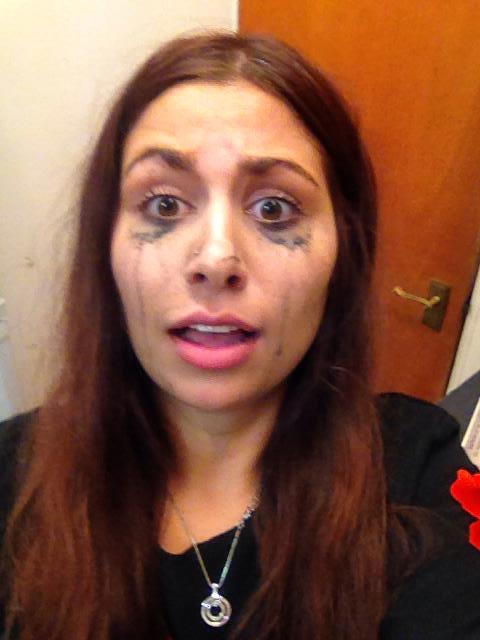 Ella da Nagra was left shaken and wounded by the drama 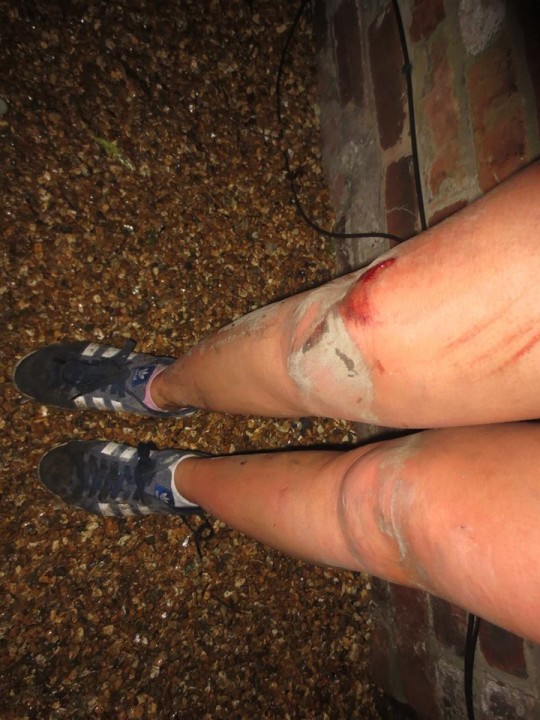 The damage done to Ella’s leg

Fire crews from Moss Side had to disrupt their hectic schedule to deal with the occurrence and were assisted by the (arguably less busy) Withington branch.

A Technical Response Unit from Ashton was also sent to the scene to scour the rubble and confirm there were no wayward revellers unaccounted for. Thankfully, there were not.

As with many student houses in Fallowfield, the residence was fitted with a basement which was on the receiving end of the collapse.

But it was a very shallow one of only around three feet deep meaning nobody was actually in it at the time. Had the fall happened at another house on the street – with a deeper basement – the consequences could have been fatal.

Craig Egerton of Withington Fire Station told Manchester Evening News that the likely cause of the fall was due to “rotten timbers” dwelling beneath the floor. 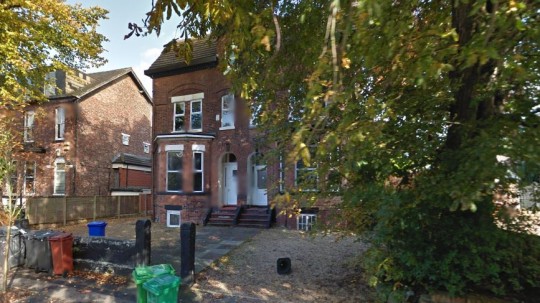 Scene of the crime: the house where the disaster took place

He went on to say that “we had to evacuate people and search the building to check that nobody was trapped.”