‘We felt we had to come out today’: We spoke to the students at the Donald Trump protest

‘There’s a whole list of reasons why Trump is problematic’

Ignoring the public uproar and displeasure of several politicians, on Monday 3rd Donald Trump arrived for his first official state visit to the UK.

On Tuesday 4th June, tens of thousands of people across London, the UK and beyond came together in Parliament Square to protest his state visit.

The London Tab went to the protest to see why people are saying "no" to Trump's right wing ideology and his nationalist rhetoric. 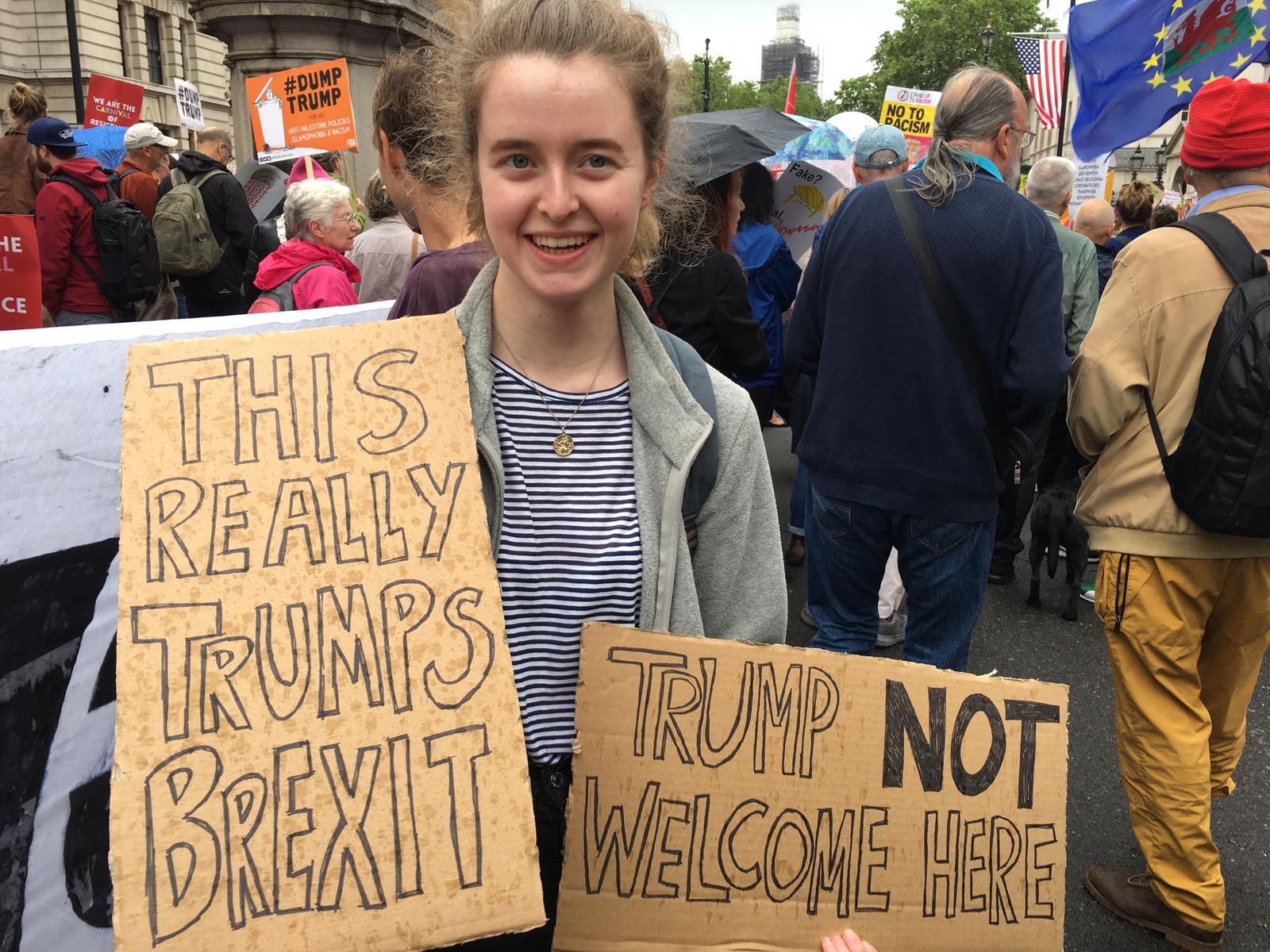 When asked by The London Tab why she attended the march, Anna explained "there's a whole list of reasons as to why Trump is problematic," and disagreed with the idea that so much money had been spent to roll out the red carpet for him.

"Although he isn't going to leave as a result of the protests," she said, "there are lots of organisations and groups fighting against his policies, it is a good way to spread awareness!" 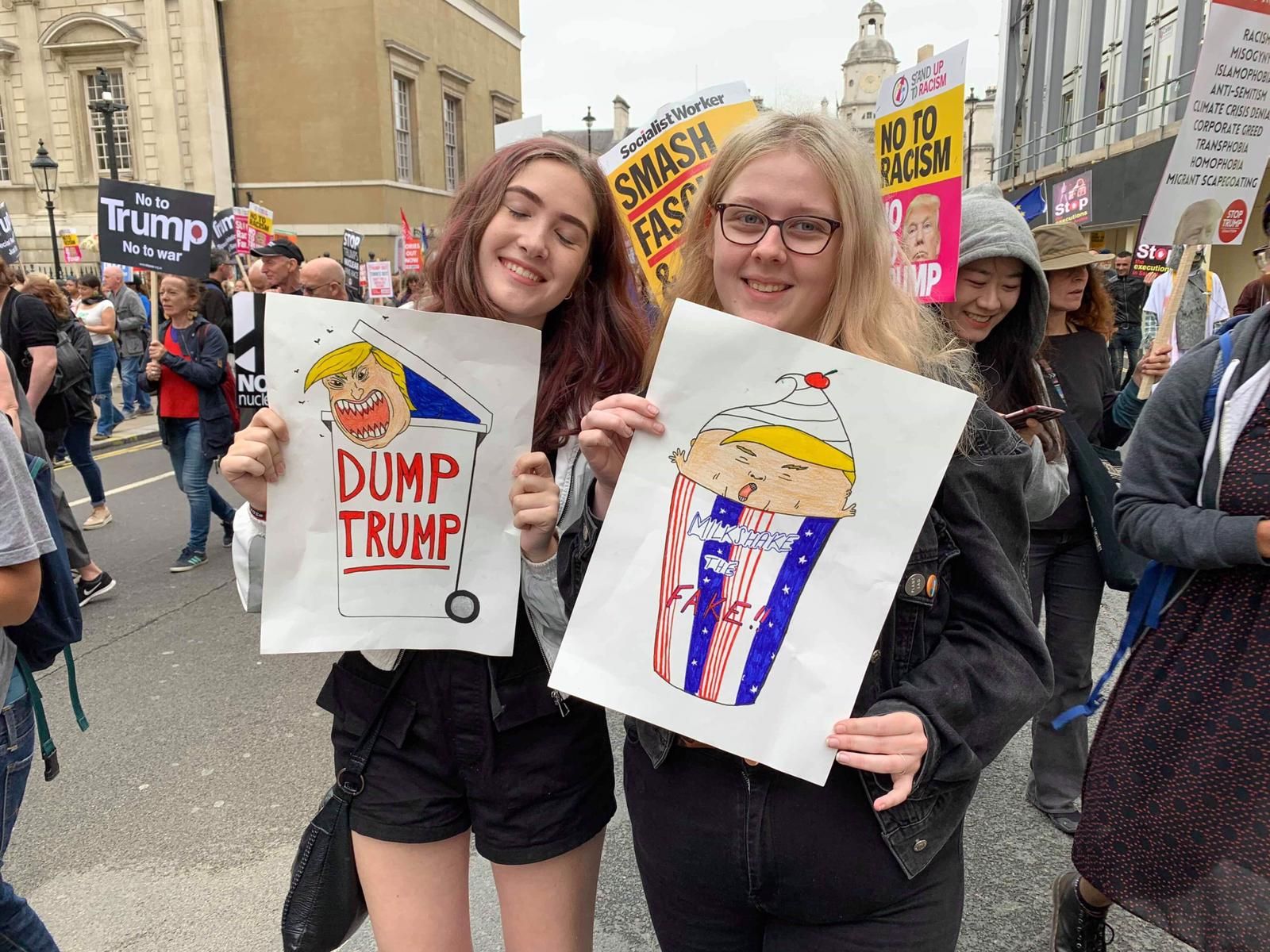 The protest was not confined solely to members of the public. There were a number of high profile speakers at the rally, including Owen Jones, Ash Sarkar, Diane Abbott and Jeremy Corbyn.

Many protesters were pleased to see their views being represented by politicians, and that politicians are able to look past trade deals and convenient relationships to see the dangers of Trump's government poses. 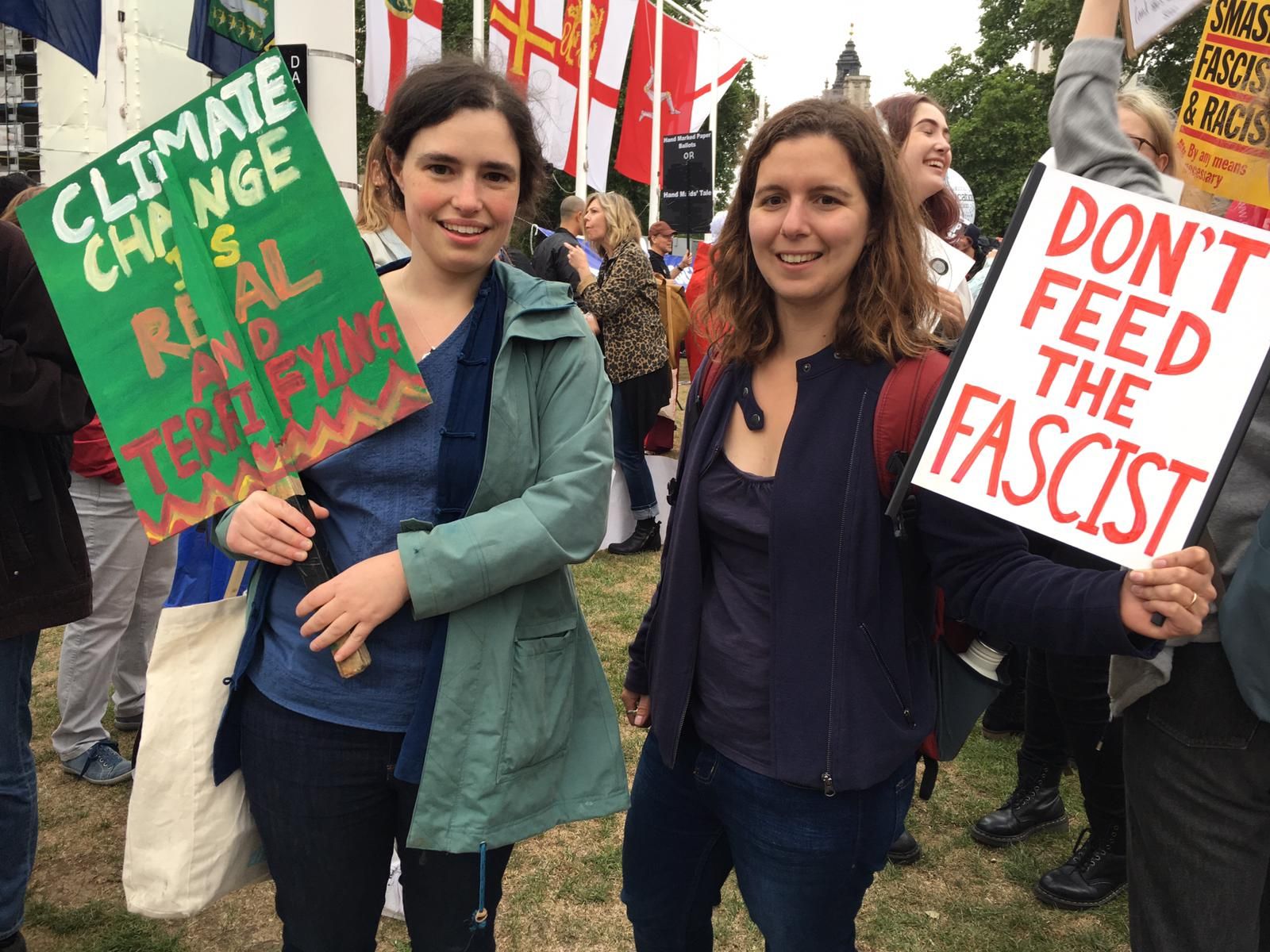 Two friends, Imogen and Lucy, came to the protest together. Imogen told The London Tab: "On the day he was elected I promised I would come out and protest if he ever came to England and here I am."

Lucy is an American citizen who has been living in the UK for 10 years. She came to the protest because she thought it was a good opportunity to protest against her President.

When asked about the 2020 election, she said she would be voting for Democrat's candidate to fight against Trump – but wasn't entirely hopeful that Trump would be beaten: "Politics is extremely unpredictable these days so we can only hope!" 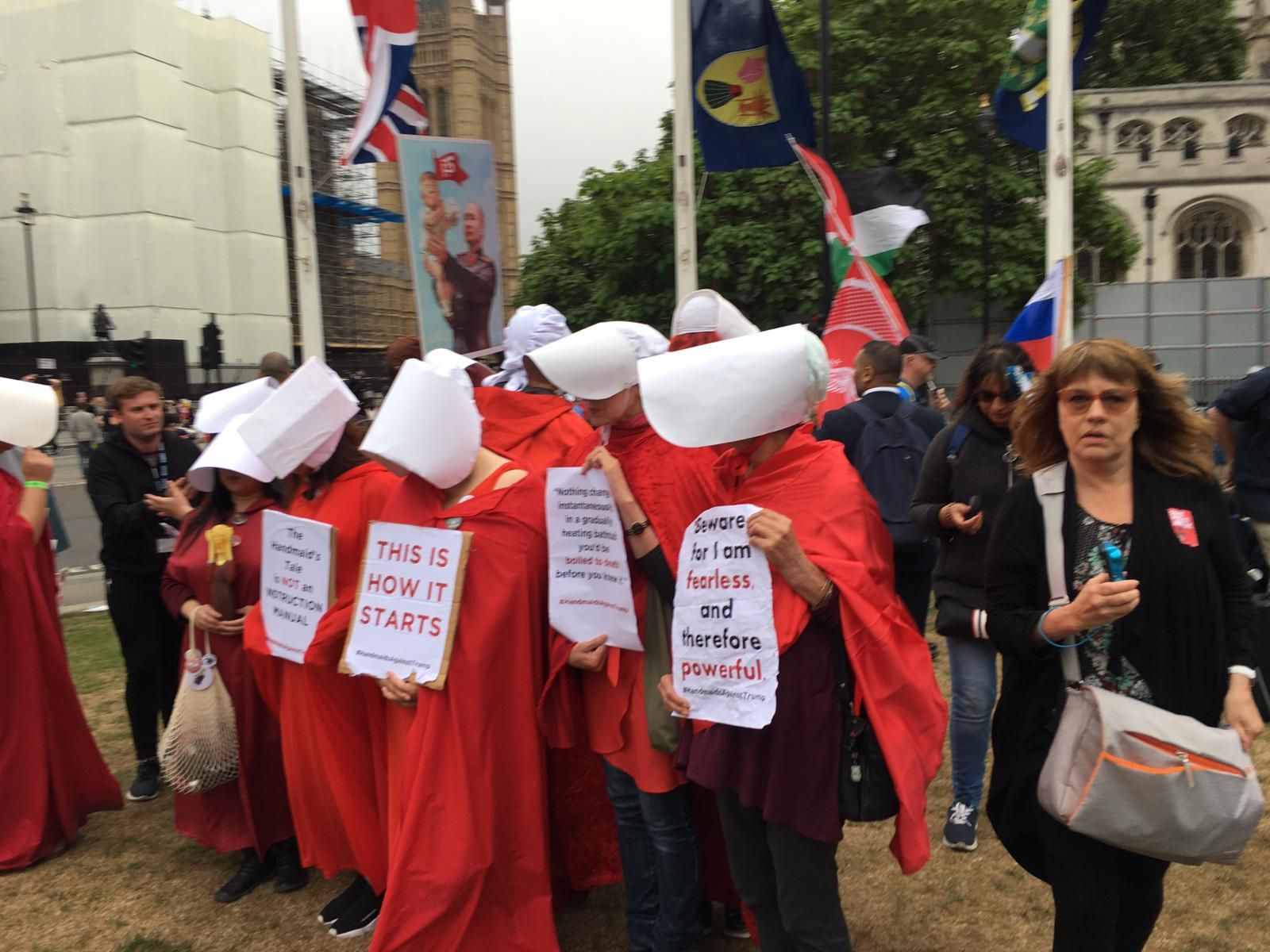 The march from Trafalgar Square to Parliament Square was filled with chants, a buzz of energy in the air and a real atmosphere of hope and change. The UK is not taking Trump's presence lying down. 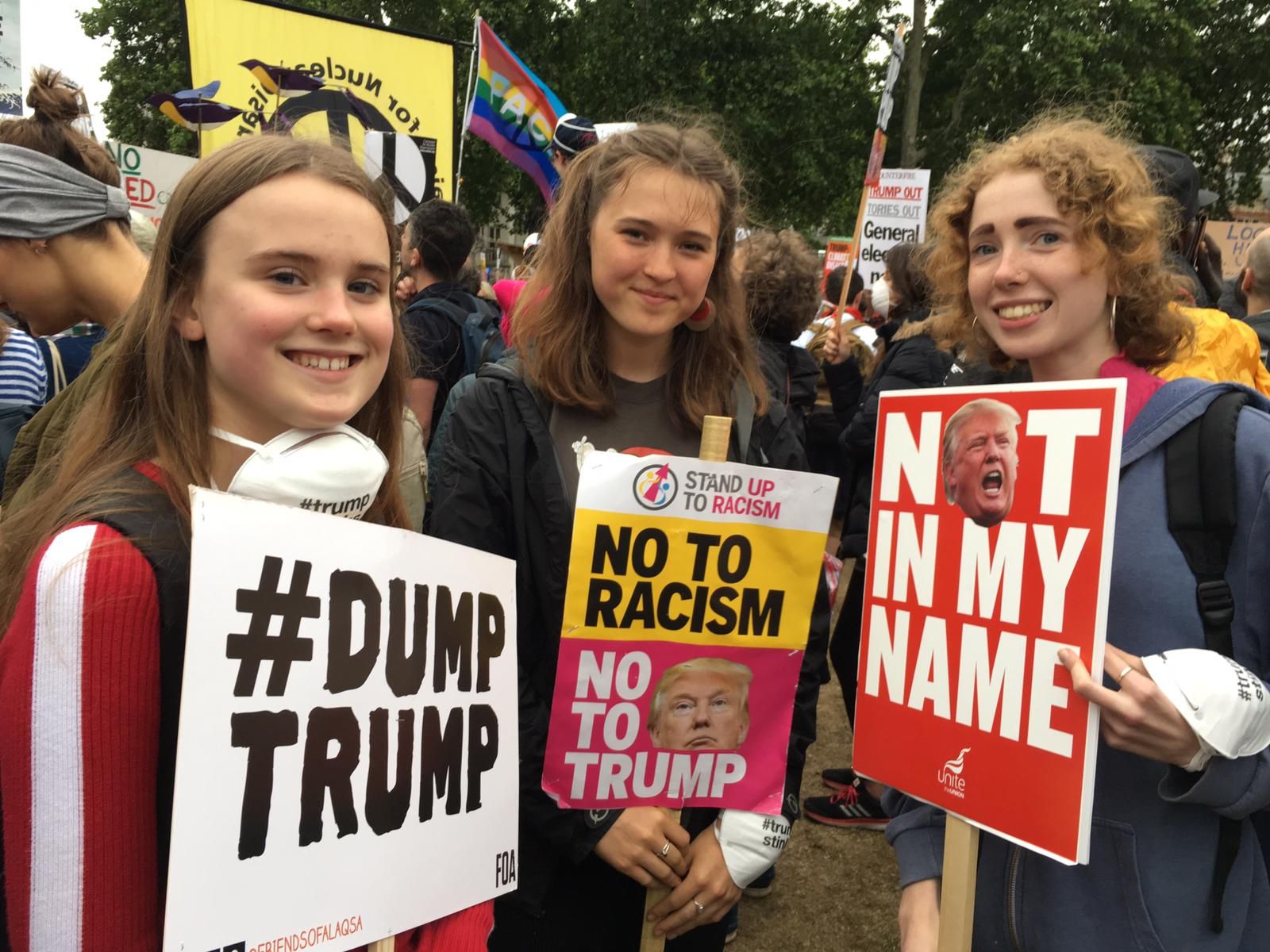 Three girls left school for the day to come to the protest, having been part of the Climate Strikes previously. One of the girls told The London Tab: "He feels out of control and we felt we had to come out and protest today!"

The presence of the students, and their peers, is a sign of the ever-increasing involvement of young people in politics. The girls mentioned that the protest wasn't just about Trump but the bigger picture.

The protest was a stand against populist figures internationally, including Nigel Farage and Tommy Robinson, and with so many Labour MPs present at the protest, it shows there is a real opposition towards Trump on a political level. 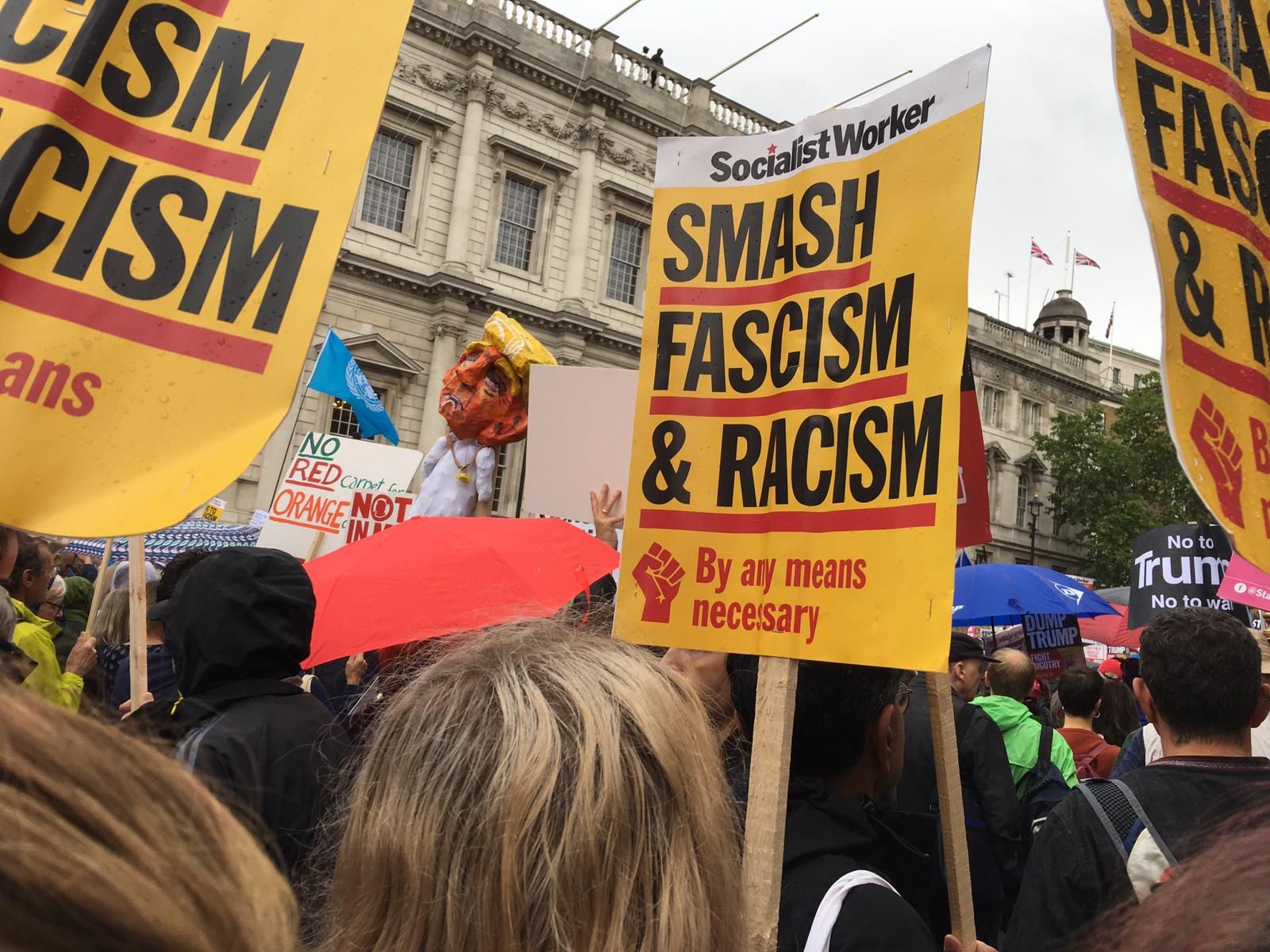 Trump has dismissed the claim that protests were being opposing his state visit saying they were false and labelling it ‘fake news’. However, the 75,000 people who took to the streets this week beg to differ.

The London Tab spoke to one of the organisers of the Trump blimp to hear what the protest had achieved. 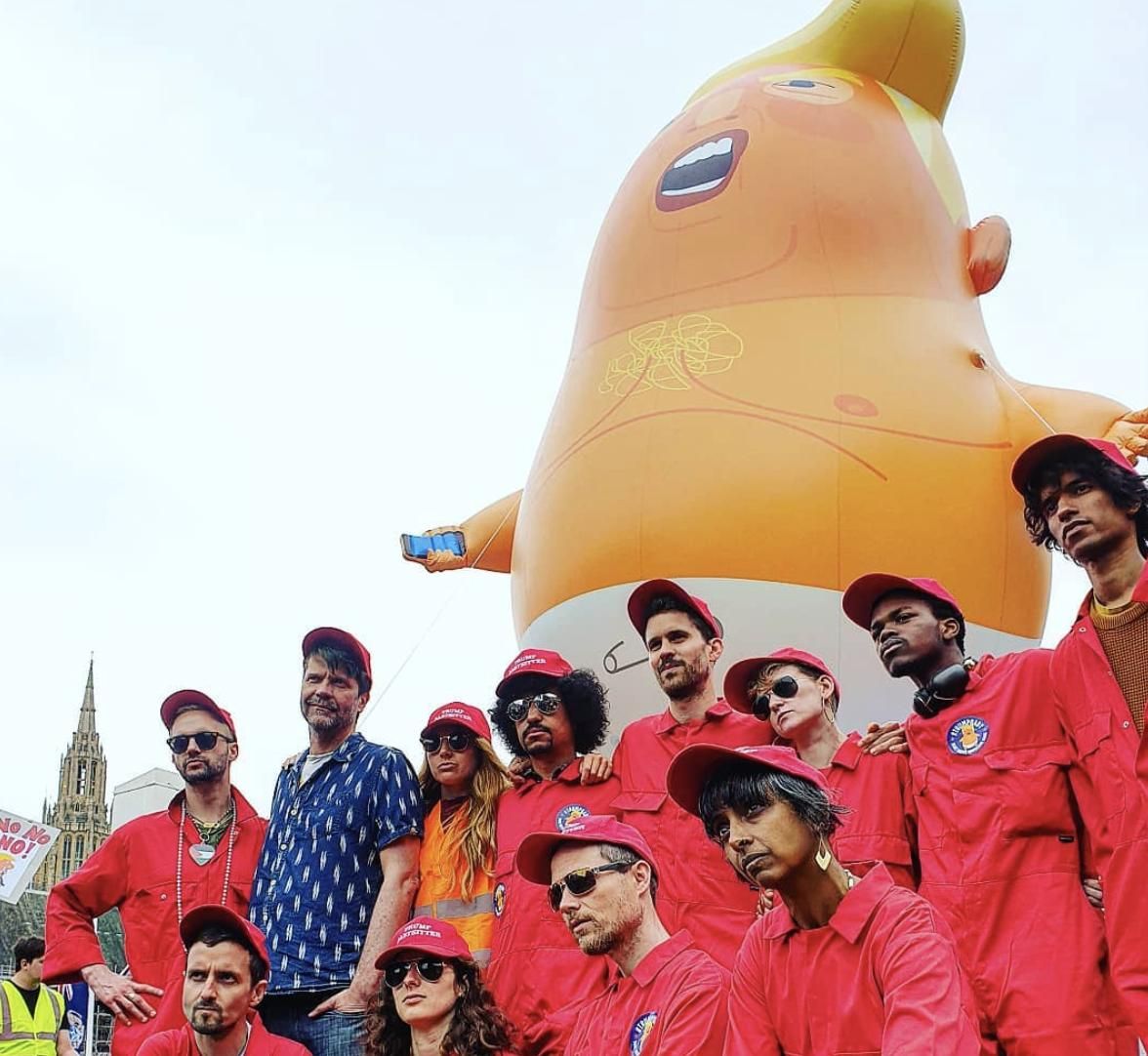 Ajuub Faraji, 19, got involved because he wanted to support the groups that the Trump administration have marginalised in America, and to stand in solidarity with communities who suffer the most as a result of far right politics. Faraji told The London Tab: "We managed to raise £36k+ for six different community organising groups in both the UK and America.

"But even if we weren’t able to raise the money, I feel as though the protest itself would have shown the communities being marginalised by Trump that they are not alone." 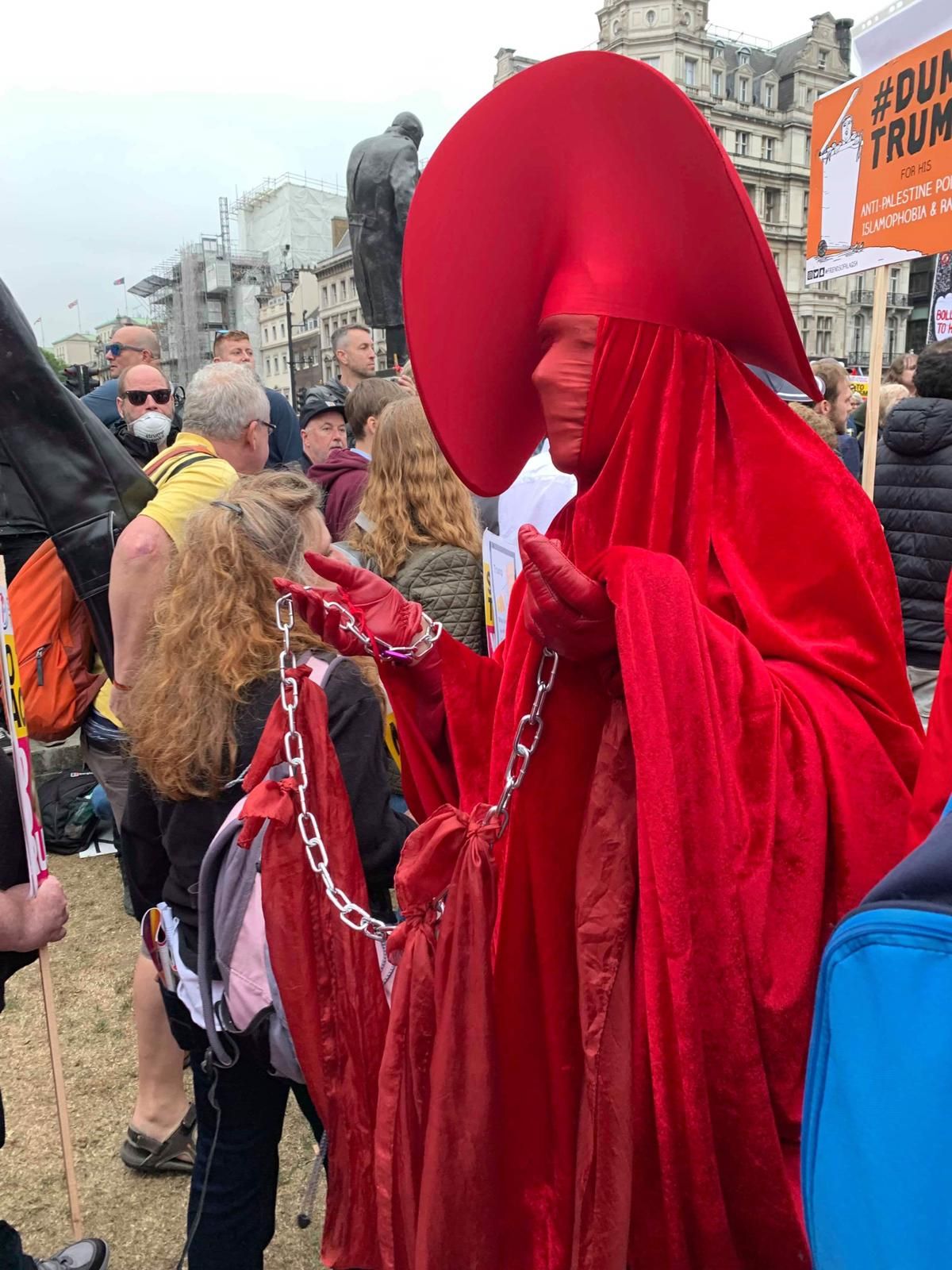 Whatever the official outcome, the march is an undeniable sign of the political mood in London today. Trump left the UK on Wednesday, with many hoping he won't get a chance to return.