UCL strike occupiers stop the Provost from getting into his office

30 protestors slept in the uni to support the UCU strikes

An occupation in support of the UCU strike successful stopped the Provost from getting into his office last night.

Michael Arthur, UCL's Provost, tried to get into his office but the 30 student occupiers from UCL Free Education stood in front of him and would not let him through.

The protestors say he has not tried to enter his office again. 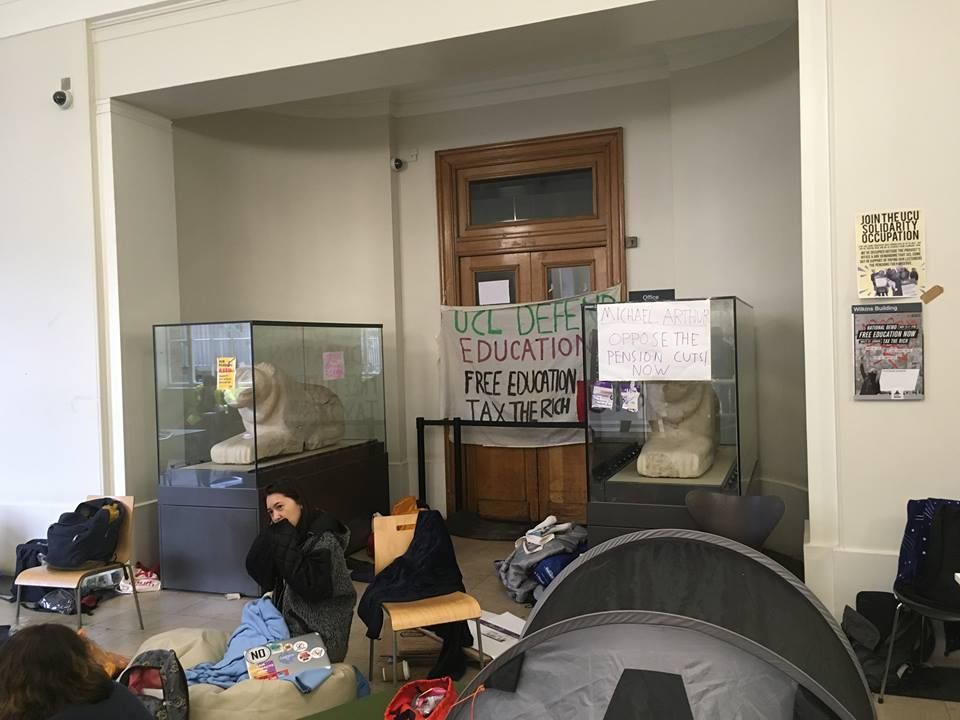 UCL Free Education began the occupation last night to put pressure on the Provost and UCL management to support the UCU strike and to speak out against pension cuts, with many students sleeping inside the university in sleeping bags.

Good morning from the occupation at UCL! Still here, still in full solidarity with #USSStrike ✊ pic.twitter.com/4BUhhMwfQE

Justine Canady, UCL Women's officer was one of the students who blocked the Provost. She told The Tab UCL the Provost "was trying to get into the office and we were like 'you're not coming in.' We stood in front of the door and chanted until he left.

"You could tell he was quite embarrassed." 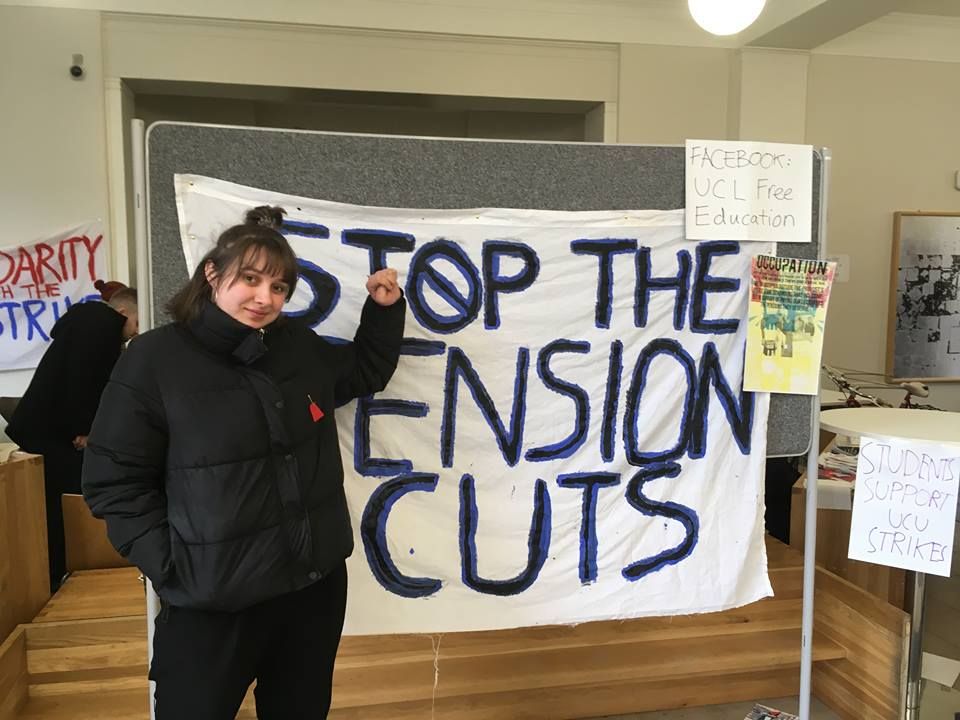 The Provost has not returned to his office since the incident and has moved all his meetings today to a different office.

But later today, the UCL occupiers burst into a meeting of UCL management to deliver a letter.

UCL Free Education have created a camp outside the Provost's office in the South Cloisters with sleeping bags, tents and tables.

Dom, an English third year who had been occupying for 16 hours when The Tab talked to her, said: "I am here to protest against the attack on higher education. I want a fair deal for university staff and a better more democratic campus." 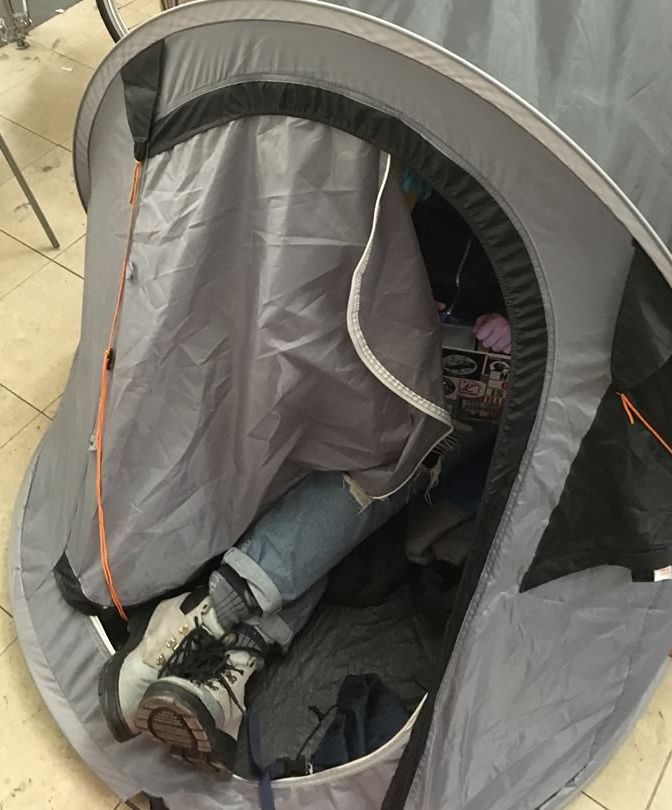 The occupation is currently trying to get the Provost to release a new stronger statement in support of the strike, adding the one he released last night was too passive and "didn't mean anything."

The occupation also hopes to raise student awareness about the strike and issues in Higher Education, with Justine saying: "Students are now forced to look." 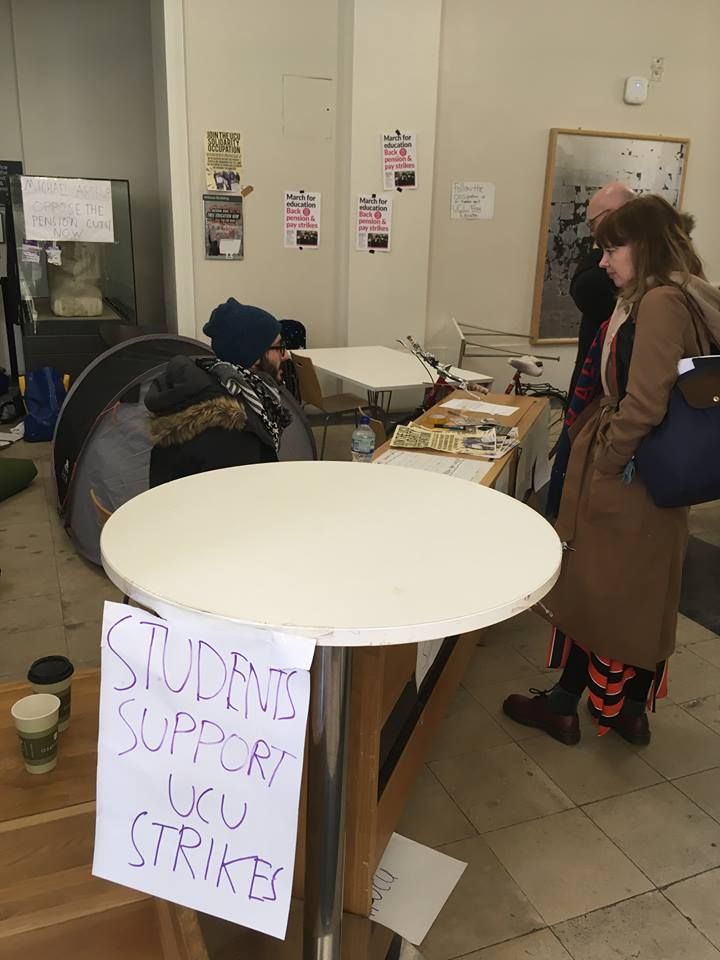 However, when The Tab talked to UCL students, most of them did not know about the occupation, with one students saying: "I literally had no idea about it until you pointed it out behind me."

But the occupation seems to have had a galvanising effect on other universities, with Liverpool launching its own occupation movement this morning. 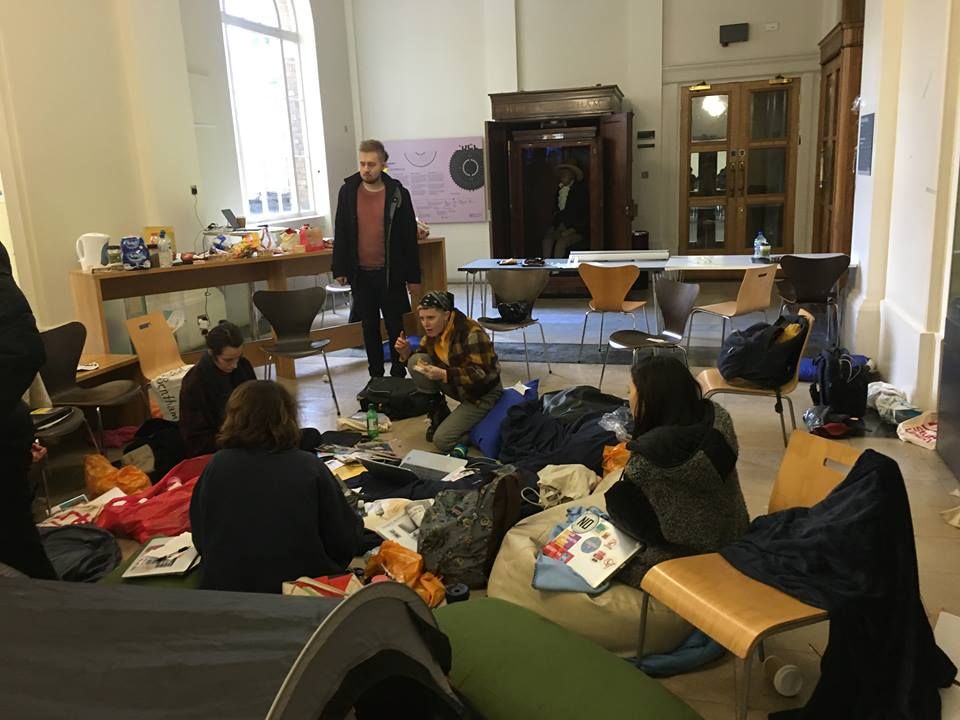 There will be a occupation party at 8:30pm tonight in the South Cloister to help fundraise for the strike fund.