Conner Rowson may come across like a typical UCL student but this second year mathematician has a pretty impressive job as well. He travels the world doing modelling campaigns for the likes of Gucci and struts his stuff at Fashion Week catwalks. No wonder he won The Tab London Power List 2017.

We squeezed a spot in his busy schedule for a quick interview at Phineas on Friday afternoon.

How did you get into modelling?

I was on the tube on the way to an exam last January and the guy sitting next to me scouted me. He ran a PR company so he knew agencies. I told my dad about it, he’s an accountant, and one of his clients is a photographer who’s wife is the head of Wilhelmina, which is the agency I’m at now. My dad messaged his client to ask whether it was legit and he was like send me some pictures. So my mum and dad were taking pictures in our house, my dad was getting a big light out. We sent the pictures, he showed his wife without saying who it was and I got signed with them. Weird story.

Were you initially nervous at the time?

It was weird at first, surreal. The first job I did was for Mulberry. I don’t normally get nervous, I guess there’s not much to do really, just stand there and try and look good. It was really fast-paced as well – within two weeks I was modelling for Topman, a couple of months later people were recognising me. 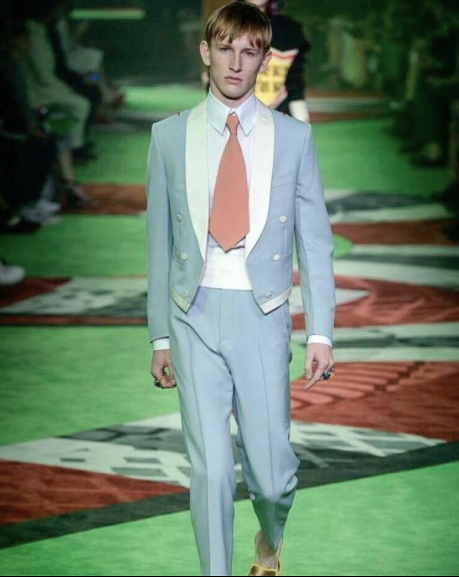 How do you find balancing the your degree and doing modelling?

It is quite tough sometimes because I play football every week as well – I never miss football and I’m on the committee. My agent ask me if I can do a job, and depending on if I’ve got time, how much money it is, I’ll just say yes or no. I try and do as much as I can but if I really don’t have time then I have to say no. But it’s hard – second week of this term, she was like ‘Can you go to China?’

Did you have to turn it down?

No, no, I went. It took up four days, even though I was only in China for one.

I’ve done two Gucci shows and a Gucci campaign. The shows are probably the coolest thing. Also going to China, going to Sweden this academic year as well. Fashion Weeks in Paris and Milan were pretty cool too. 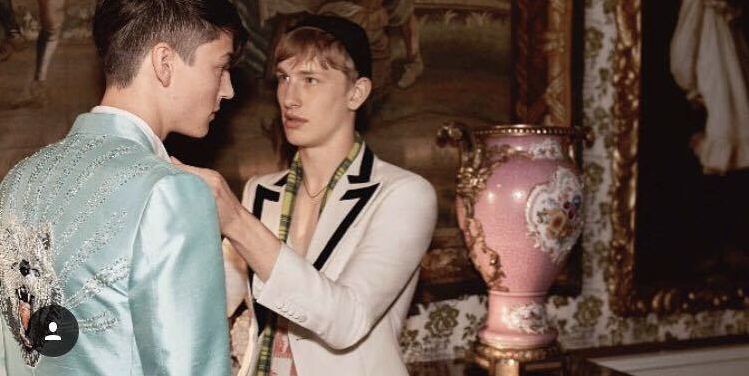 Do you get a fair amount of time to explore?

It depends. Last week I flew to Milan on Thursday and came back Friday so it was literally fly in late, stay in a hotel, shoot, fly back to London. In China and Sweden I didn’t get to see anything. But in the summer during Fashion Week you’re there for the whole week and normally get a bit of time to see things.

Are there good afterparties?

I’ve been to a couple. I went to a Dior afterparty during Paris Fashion Week but it wasn’t that good. There were free drinks until 1am so we stayed till then and then left. I’ve missed out on the Gucci ones so far, they’re quite good apparently. 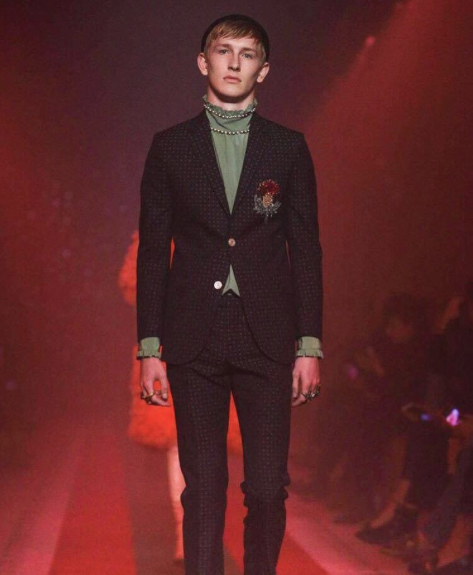 Who are the coolest people you’ve met?

Have you ever worn any properly tragic outfits?

Oh so many. One of the worst ones was in my first ever show in the summer. It looked like I was wearing toilet roll. Really short shorts as well. There’s a lot of photos that I don’t post [on Instagram], lots of photos that I hope my friends will never see. 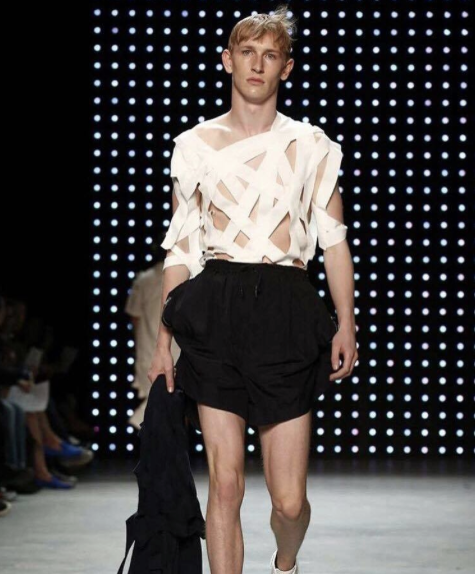 New from Andrex this year

You model for very high end brands but where do you normally shop?

I never really get clothes from the shows. Gucci I’ve never bought, that’s way too much money. I normally just shop at Topman, Zara, affordable places. Maybe I’ll buy an item one day.. I mean, I’ve got to wear it.

Yeah you’ve got the photos! And how do you feel about being the winner of the The Tab London Power List?

It’s cool, my friend nominated me without telling me.  Then once I got on the list it was like now I have to win it.

You can add it to your accolades..

My agent’s quite happy about it. I got her to vote for me. She messaged me the other day like ‘Oh you won!’ 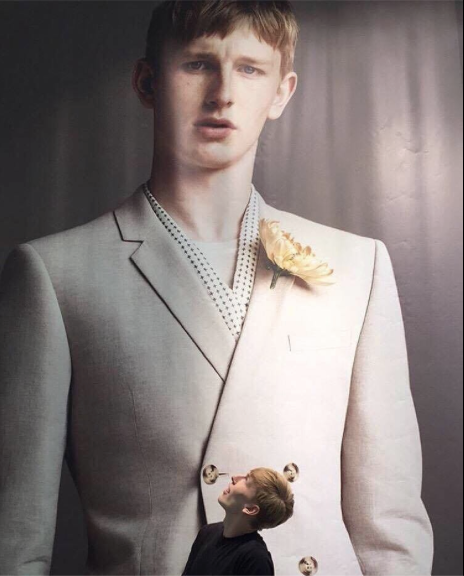 Did you know much about modelling before? Has it given you a very different perspective?

Not at all. It’s been really interesting to see how thing work with a campaign or a show. It’s all very last minute as well – they only asked me last Wednesday if I can go to Milan and shoot on Friday. And shows you’ll only find out the day before. There’s a lot of waiting – at a casting, they can look at you and say no and it’s like thanks I’ve waited for two hours for this. It’s not how I thought it would be. Most of the time it’s pretty cool getting money from basically doing nothing. It is tiring sometimes but it’s not working hard.

Do you think that you’ll carry on with modelling after uni?

I’ll do it next year while I’m still at uni and after that I’ll see how everything goes. I’ve got an banking internship in the summer, so I’ll see what comes of that. I’ve got to go to different countries but only really got a taste of them, and it’s made me want to travel even more, so I’d like to have the chance to do it properly. Ideally, after I graduate next year, I want to model and travel at the same time. Modelling’s not a long career – there’ll be one day where they don’t want you anymore. And then it’s like oh shit what do I do now? It’ll go well for a few years and then it’ll be really slow – it’s not reliable.