Wednesday afternoon saw another successful Interclub Dodgeball, with the champions of the knockout tournament being the best-dressed Folk Society.

The Interclub Dodgeball tournament lived up to expectations of dramatic weather conditions (sun, rain and hail featured on Wednesday afternoon’s excitement) which still couldn’t get in the way of some serious  play.

Bananas went all out diving in for the balls.

The tournament attracted a large crowd of both participants, eager fans and curious passer-bys. Teams dressed as Wally (they were helpfully named ‘Here’s Wally’), in matching ‘Dude’ t-shirts (some with price tags still on), bananas, and various stash.

After a bout of hail and rain, the tournament was paused for a moment to relocate up to the Portico. 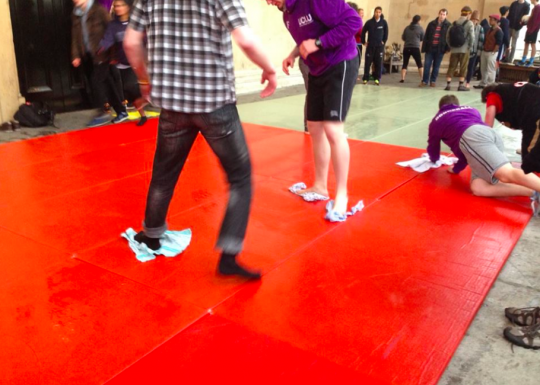 Any form of dry material was employed to dry the mats.

Out of 40 teams who competed, it was Skateboarding v BioChem Soc and Folk Soc v Scared Hitless in the semi finals. Many teams who were knocked out earlier in the day stayed to support the event, with a small Folk Soc fan club forming.

Skateboarding and Folk proceeded to the final. It was best out of 5, and both teams were fighting ball for ball to clinch on to the tournament’s title and a £50 Loop bar tab. 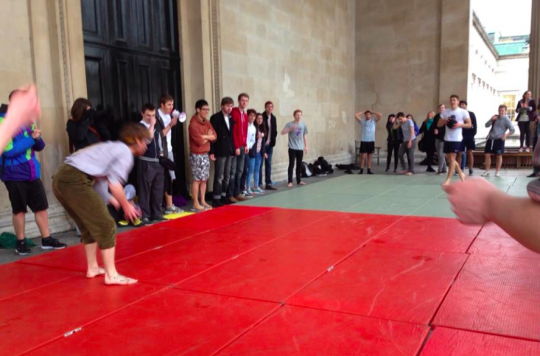 Folk v Skateboarding in a one on one situation.

Folk won the entire tournament after an intense final. It was a great last Wednesday afternoon of term to see oddly dressed people throwing balls around the quad/portico, and UCLU Dodgeball were happy to announce that more than £500 was raised for the charity CRY. 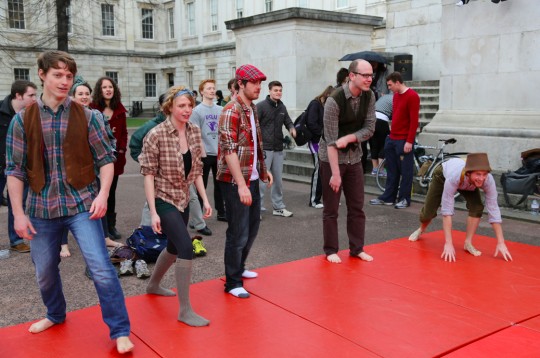