“I was sexually assaulted on The Tube”

A few days ago, UCLU Activities and Events Officer Doris Chen posted a frank and shocking blog on UCLU’s website detailing her experience of being sexually assaulted. Today she spoke to The Tab about her ordeal in order to help other students speak out against assault in London. 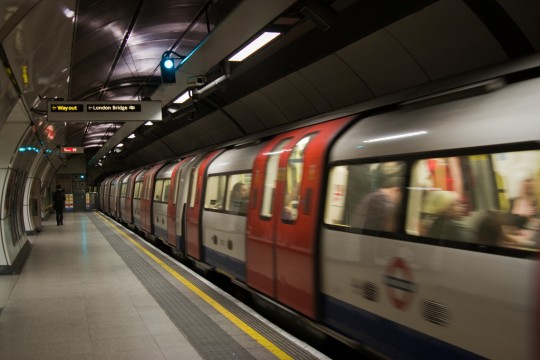 So Doris, thanks for coming and speaking with us. Can you tell us what happened?

Last November I was on my way into King’s Cross for the Poppy Appeal. I live in Highbury and Islington. It was just one stop, and it was absolutely packed, rush hour. I just managed to get on the carriage and people were crushed against each other, I had my back to the door. I felt someone behind me fidgeting around my bum. At first I assumed they were trying to get into a more comfortable position, but it continued. A similar thing had happened to me in the summer before, it was a man rubbing his erect penis on me, and I had said anything, but all the same feelings came back.

But this time, as I was mustering up the courage to tell him to stop, I felt a stream of wetness on the back of my leg.  I realised the person behind me had peed or ejaculated onto me.At the next stop I turned around to get off and so did he. He was clearly trying to get off and get away, I was just so angry that anyone would do something like that. I grabbed him and didn’t let go. Honestly even though I was holding onto him from less than a metre away, it seems like kind of a blur from all the emotion.

Was he trying to escape?

Definitely, but I just held onto him. At this point, being a part of women’s rugby has been a benefit.

So then people on the platform came and helped?

Yeah, some people just rushed past, it was a very London thing. If it was in a crowded space people would’ve stopped and helped me but because it was on the tube people must’ve known what was happening but didn’t do anything about it. Many people just walked by and minded their own business. Luckily there were others who stopped, asked me what was going on and helped me hold onto him and stayed with me to make sure I was okay. It taught me that we should be less self-centred in a way. It’s important for people to take a moment and assess the situation.

And you were shouting to people?

He just kept saying “I didn’t do anything, I didn’t do anything!” When I reflected on it afterwards and spoke to the police, if he’d been innocent, he would’ve said “Why are you holding onto me? Let go of me!” but he was immediately defensive and in denial. 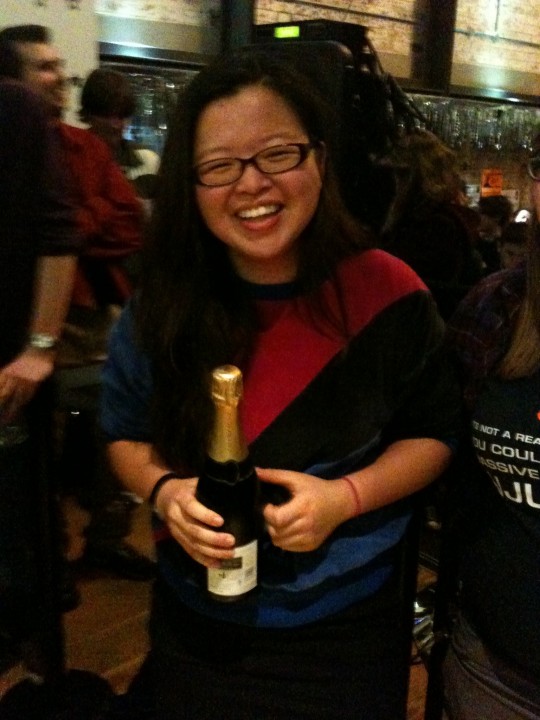 It said on your blog that when British Transport Police came they arrested the man and took your trousers for DNA sampling. He’s now been convicted in court and is about to be sentenced. How do you feel about what his sentence might be?

Yep, he will receive a sentence next week. i know that he’ll get on the sex offenders’ list but I don’t know what else because it’s only his first offence and to be honest I’m not too concerned about locking him up forever I feel for a lot of these situations the most important thing is to get them in court. So people have that against them. I think it’s so prevalent because of the silence around it, the silence means that people aren’t aware, or they’re embarrassed and the more people who talk about it the more people can get justice in court.

Do you think that at the moment people think they can get away with things like that on public transport?

I think that they feel they can get away with it because they’ve probably done it before and the person they’ve done it to have kept silent, felt ashamed and walked away without doing anything. The best thing about writing the blog was that lots of people have come up to me and talked about their experiences and it’s shocking how many people experience things like this but don’t say anything about it for whatever reason.

What can be done to stop this sort of thing?

More people talking about things and standing up to it. When a girl walks down the street a guy thinks it’s okay to say “Hey babe, where are you off to tonight, looking good, sexy.”

Would you count that as sexual assault?

I feel like that’s a verbal version of what happened to me. I feel like they’re different, but it’s the same kind of mentality where you can do or say things to complete strangers without their consent. When guys think it’s flattering to say “Hey sexy, where are you going?” Having experienced it before you don’t feel sexy, you feel a bit freaked out, you feel “what’s wrong, what’s going on?” I promise you 99% of women don’t walk away from those situations thinking “Oh yeah, I’m hot stuff.”

Could the government be doing more to help with this sort of thing?

I know that TSL (British Transport Police) are working on the subject and I think they do have undercover police going out there to uncover things. I wasn’t educated in this country, so I’m not sure how aware people are of the criminality of it.

At the moment we’re doing a campaign against sexual harrassment, outlining that anything you haven’t given consent to isn’t okay.

How do you feel about it now?

To be honest, it’s really strange in situations like this, I was more in shock than angry at the moment. During the day I was still in  shock. I told people at work about it, but I didn’t quite believe it. I felt horrible, I felt guilt for some reason. I didn’t want to talk to anyone. I felt ashamed about what happened. luckily I spoke to a friend who was really encouraging and turned my perspective around. The more people I talk to about it, the better I feel about it. It wasn’t a great experience, but the more I speak about I feel like I can help.