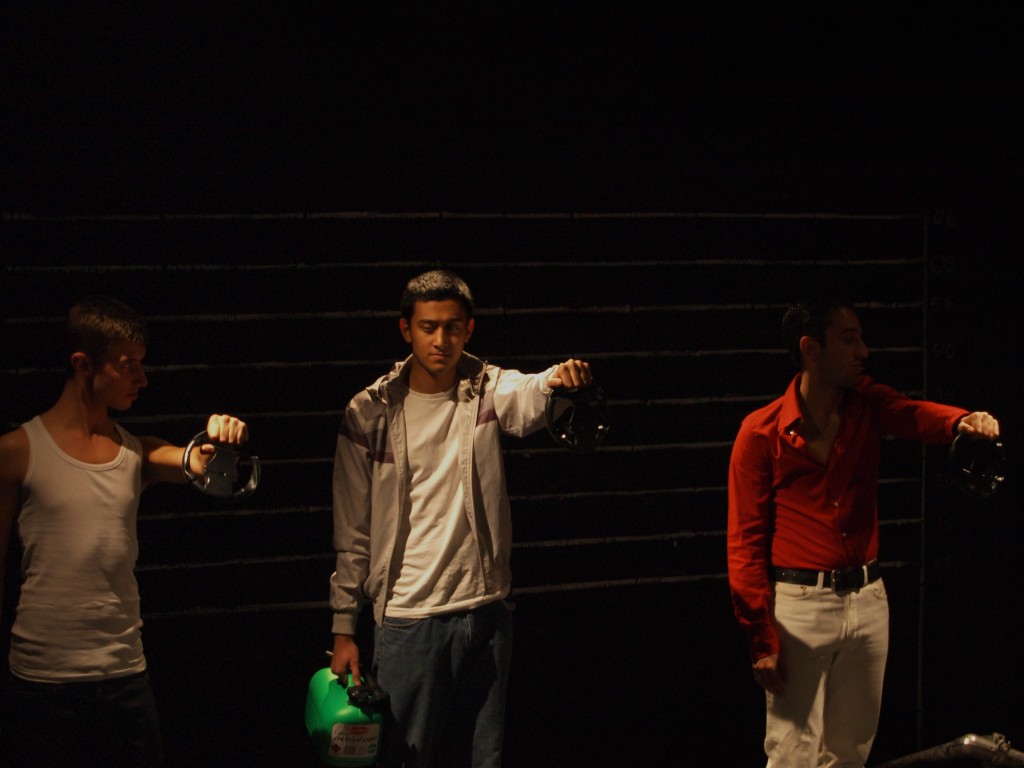 So says Dan Garber, director of UCLU Drama Society’s production The Usual Suspects. Rather than be intimidated by the prospect of having fewer members in the audience for tomorrow’s opening night, the cast and creative team seem to be relishing the challenge of filling seats, and no production seems more fitting for a Halloween opening night than this original stage adaptation of Bryan Singer’s gritty 1995 neo-noir film of the same name.

When asked what the play is about, Elias Court playing Verbal Clint shared this little gem, ‘loads of people die on a boat in Los Angeles. The police try to find out what went down by interrogating a cripple’. Fascinating! To elaborate, producer Scarlett Young provided this summary: a drug deal goes horribly wrong resulting in a bloodbath aboard a ship in California. The police, led by Special Agent David Kujan, begin to ask questions to the only survivor, Verbal Kint, a cripple. As he talks the police through his version of events, we journey deep into Special Agent Kujan’s mind, as he tries to piece together what happened using his intuition. As the story unfurls things become much more sinister, with the demonic character of Keyser Soze rearing its ugly head. Can Agent Kujan separate fact from fiction before it is too late? 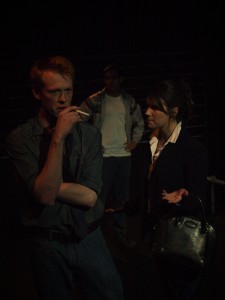 I have to say the rehearsal I attended was more than a little hectic, I couldn’t help but wonder if the cast were a little jittery and overexcited on the eve of their opening performance. Who could blame them though, when a last minute cast change has caused Assistant Director Guido Cavaciuti to take on a larger role than originally planned, and Director Dan Garber to step in and take on a role with just three days to learn his lines. ‘It’s been stressful’, claims Garber but ‘it’s the most fun I’ve had doing a show for a long time’.

Last year Dan Garber directed UCLU’s successful run of Reservoir Dogs and it seems that his choice of production this year continues his theme of bringing ‘gritty fun’ to the theatre. ‘You don’t normally get action-packed gritty theatre usually, but that’s what I like doing’, remarked Garber, ‘but I have cut down on the blood this year’! What better way to enjoy Halloween than with a bit of gore?

Garber’s research found that there has previously only been one other stage adaptation of The Usual Suspects, so we’re really in for a treat. He adds, ‘apparently it was a massive flop. I thought I’d show them how it’s done’. Brave words from a director who has made a brave choice of production. The script largely comes from the film, but the staging and direction is completely and originally Garber. ‘I’ve given the cast a lot more freedom with improvisation’, he continues – which we at The Tab believe will only make for a more exciting and interesting performance! 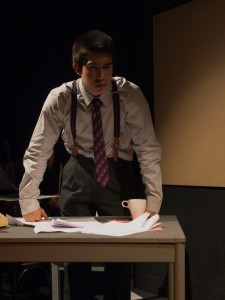 That’s not the only original feature of the production however, as Musical Director Yiannis G.Koutsakos pointed out. ‘I wrote every single note’, he proudly confessed, and all in just under one and a half months! ‘We weren’t trying to copy the music from the film, but we kept the oboe’ which keeps some continuity with the original.

An original stage adaptation, an original score and a completely manic yet lovely cast and creative team…you’d be crazy not to go and check out The Usual Suspects at The Garage Theatre Workshop this week!