In what is the potentially the world's weirdest crossover in history, Nikolaj Coster-Waldau, best known for playing Jaime Lannister in Game of Thrones, is a HUGE fan of Leeds. Specifically Leeds United.

In a interview with the BBC before the FA Cup match between Arsenal and Leeds, Coster-Waldau said: "Game of Thrones and Leeds have more in common than you know."

I'm not quite sure how similar ketty nights in Space are to the blood-filled battlefields of Westeros – but go off, we guess. 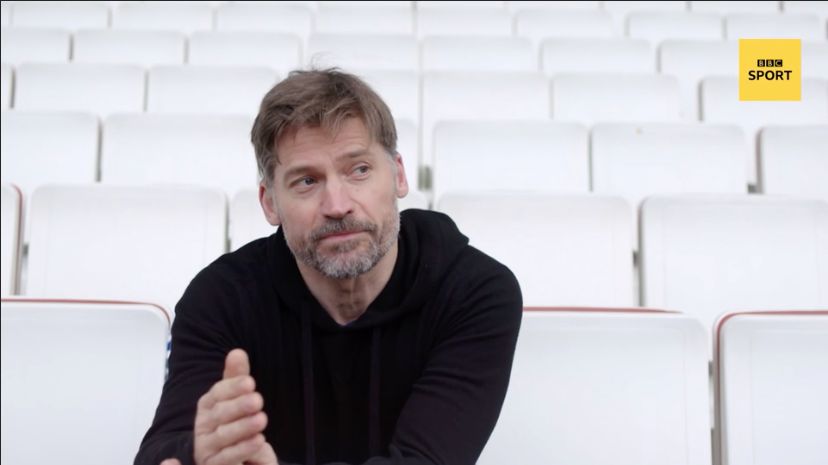 He continues: "Drama, intrigue, love and lust, battle for the throne. Fans at the Arctic to the Amazon, Leeds United coursing through ours veins like an all consuming virus.

"I grew up in a small town in Denmark… in the early 90's I came to visit Elland Road (Leeds's football stadium) and once I'd heard the Leeds fans sing, a seed of love was sown."

Now, we know he's only talking about the football team, but we'll take it. Now we just want to see Jamie Lannister off his nut at a Hyde Park party and we can die happy.

You can watch the full BBC interview here.