The Tab brings you a first hand review of one of Edinburgh’s most anticipated events of the University calender!!

Ever since Kate Middleton sauntered down the catwalk in that see-through number, student charity fashion shows have been quite the rage, and the Edinburgh Charity Fashion Show was no exception. With the delicate backdrop of The National Museum of Scotland holding 800 eager guests, the student organisers pulled off one hell of a show. A charismatic Alex Poole kicked off the evening with a video of Water Aid, this year’s chosen charity, before indy-band Sienna set the tone with a few songs as the show began. 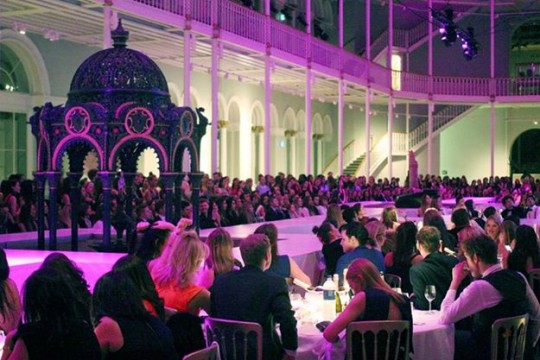 Model Yasmin Sallah started the show and lead the fun with the Hawick walk followed by French Connection and Joseph’s S/S 2014 collection making the women in the audience wonder whether the men were true Scotsmen under their kilts. The band continued during the interval where the guests queued at the Red Bull sponsored bars and a lively auction fuelled the crowd with long weekends in Spain going for £2,000! Student loan what?? 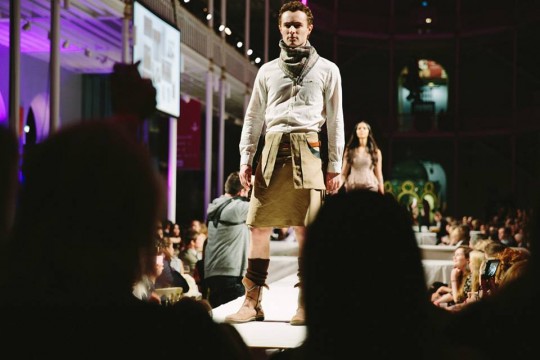 White sandals and statement tote bags decorated the stage in the swimsuit walk of the second half of the show.  The catwalk saw Marissa Trew receive the loudest applause, coming from the VIP tables, as she strutted her stuff in a summery drawstring bikini!

Then came the boys suited and carrying books, finishing off the walk much to the pleasure of the girls in the crowd. Bookishly brilliant they were the epitome of “geek chic”. 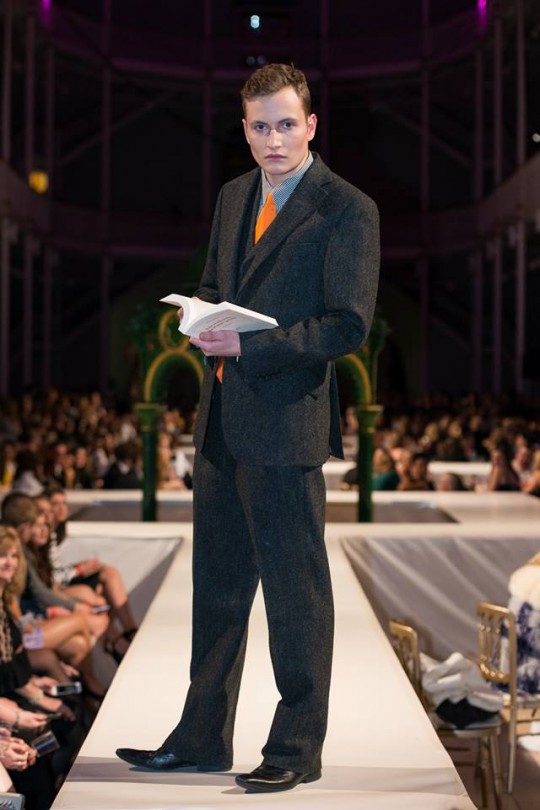 The audience were dressed just as brilliantly as those on stage. Ranging from gorgeous long dresses to pastel pencil skirts, the Edinburgh crowd went all out for the show and the museum was full of fashion-forward spectators.

Edinburgh Charity Fashion Show 2014 was a huge success, the show was entertaining and a vivid display of the Spring Summer collections. Not only did was the show on top form fashion-wise but it also made an exceptional amount of money for Water Aid, a worthy cause that does a lot of great work for those in the developing world.

Models, spectators and organisers alike had a fantastic time, and following ECFS tradition, partied well into the night… 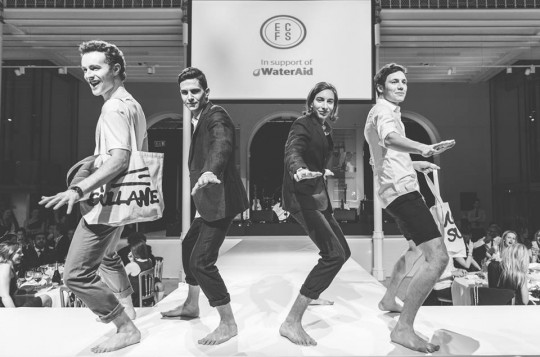