Honestly, our struggle is the realest

So medics have nine-to-fives every day, and bear a burden of responsibility that could be the difference in life and death situations? Big whoop for you guys. Ooh, engineers have to do maths and physics, and  learn to code! Collect a fucking prize. “Don’t forget about me!” says the charmless smugbot of a lawyer, “My degree’s harder than Jimmy Savile in a children’s hospital, I’ve memorised more books than Rain Man!” Shove your cases up your Magic Circle, wanker.

You see, dear reader, the day-to-day life of a trainee historian is a far greater struggle than that of any of these dickpots. Here’s why.

We have no friends 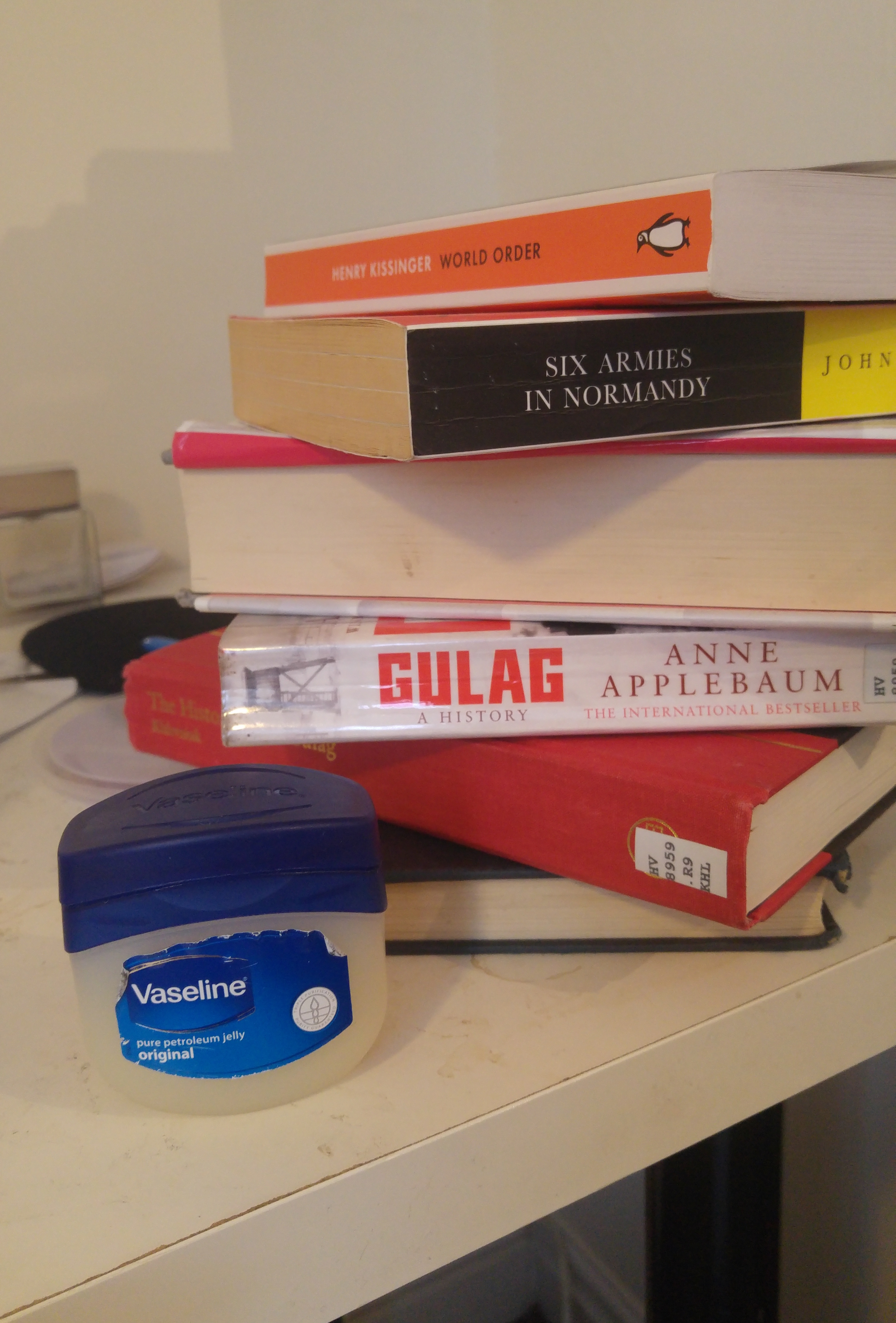 The best friends an historian is ever going to have

Every historian knows and fears the feeling. As they walk up the stairs into the lecture theatre they start to panic. Have they arrived before all of the three other friends they have in the year? Who the shit else are they going to sit with? Delay as much as you want – no one’s fooled by you checking your phone like you have something important to be doing stood next to the door. You’re gradually pushed through by the flow of people. Another lonely lecture sandwiched between two people whose faces you know and names you don’t.

Such is the life of an historian.  Each new term brings new seminar groups full of friendship what ifs and missed opportunities. In First Year you bonded with the guy next to you over Bunker hangovers and a shared hatred for the face melting awfulness of Approaching the Past; now when you pass him in the street you’re too scared to look up for fear of awkwardness.

It doesn’t get better after that. Rather, your vague attempts at sociability are abandoned in favour of simply hanging on to the friends you made in halls. You endure your contact hours a stoic mute. Even the enforced interaction of the dreaded group projects doesn’t help in the long run – gradually you’ll grow embittered by the try-hard bitch who’s always shitting on your ideas, and the socially awkward dweeb who just sits in the corner and nods. 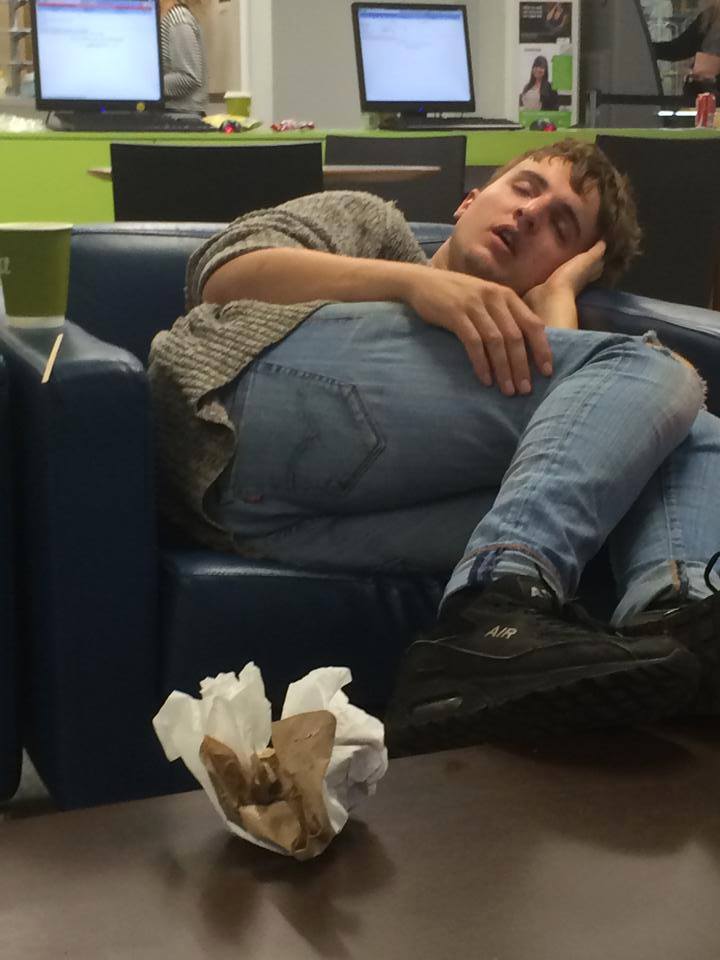 This historian’s not having fun, he’s battling his demons

It’s fun not having uni, right? Think of all the cool stuff you could fill your free time with! Wrong. Hours turn into days, days into weeks. You wake up later and later, and an apathy that only students of the humanities know grows like a big, lazy tumour inside your head.

Studying History is one long existential fight for meaning, with trips to the library for ‘independent learning’ supposedly the way to seek fulfillment, replacing actual human contact with the warm embrace of literary solitude. Sure, you think to yourself, reading this 600 page book about sewage pipes in medieval Slough gives me purpose.

The university doesn’t give a shit about us 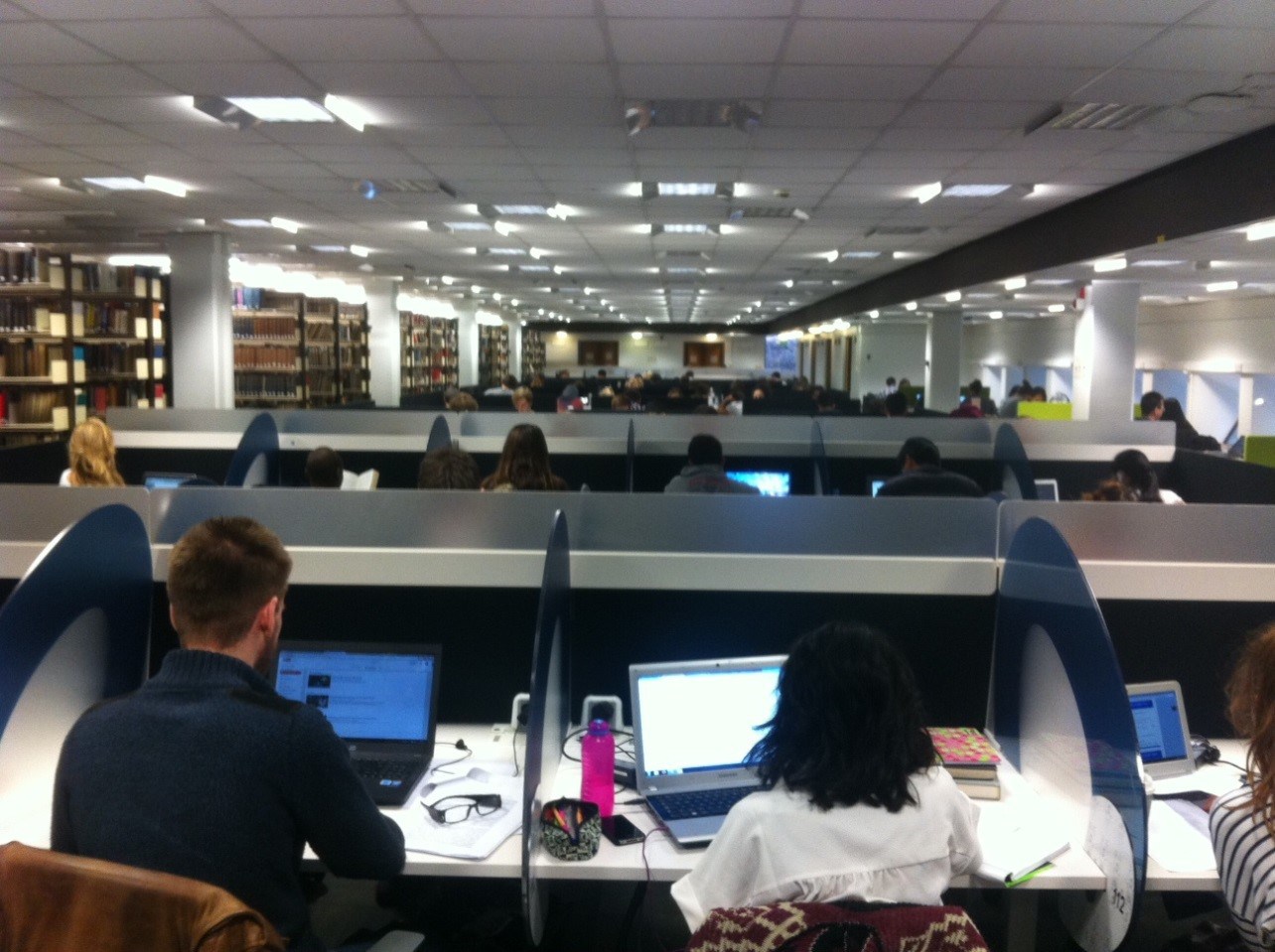 Workspace, workspace everywhere, but not a place to sit

You may have noticed that the University is currently spending approximately £13 million on a complete refurbishment of the Fry Building in order to provide a new home for the School of Mathematics (surely better spent on some noodle bars and a few calculators?) In contrast, Arts and Social Sciences students recently received the happy news that we are to be allocated a whopping £275,000 to be spent on – let’s see – books, more books and a super special new-and-improved JSTOR subscription!

And yet, when you trek up to the first floor for than one book you really need, it’s not there! And if it is, good luck finding a seat – it’s become a truism to say, but seriously guys, the ASS Library makes Anne Frank’s attic look spacious.

Of course, you must bear in mind that historians sit right at the bottom, if you’ll pardon the pun, of the ASS ladder. While others may at least get to stay in one building for their classes, confused historians can be found all over campus, from the Chemistry building to Woodland Road, looking for a home we’ll never find.

We don’t give a shit about us 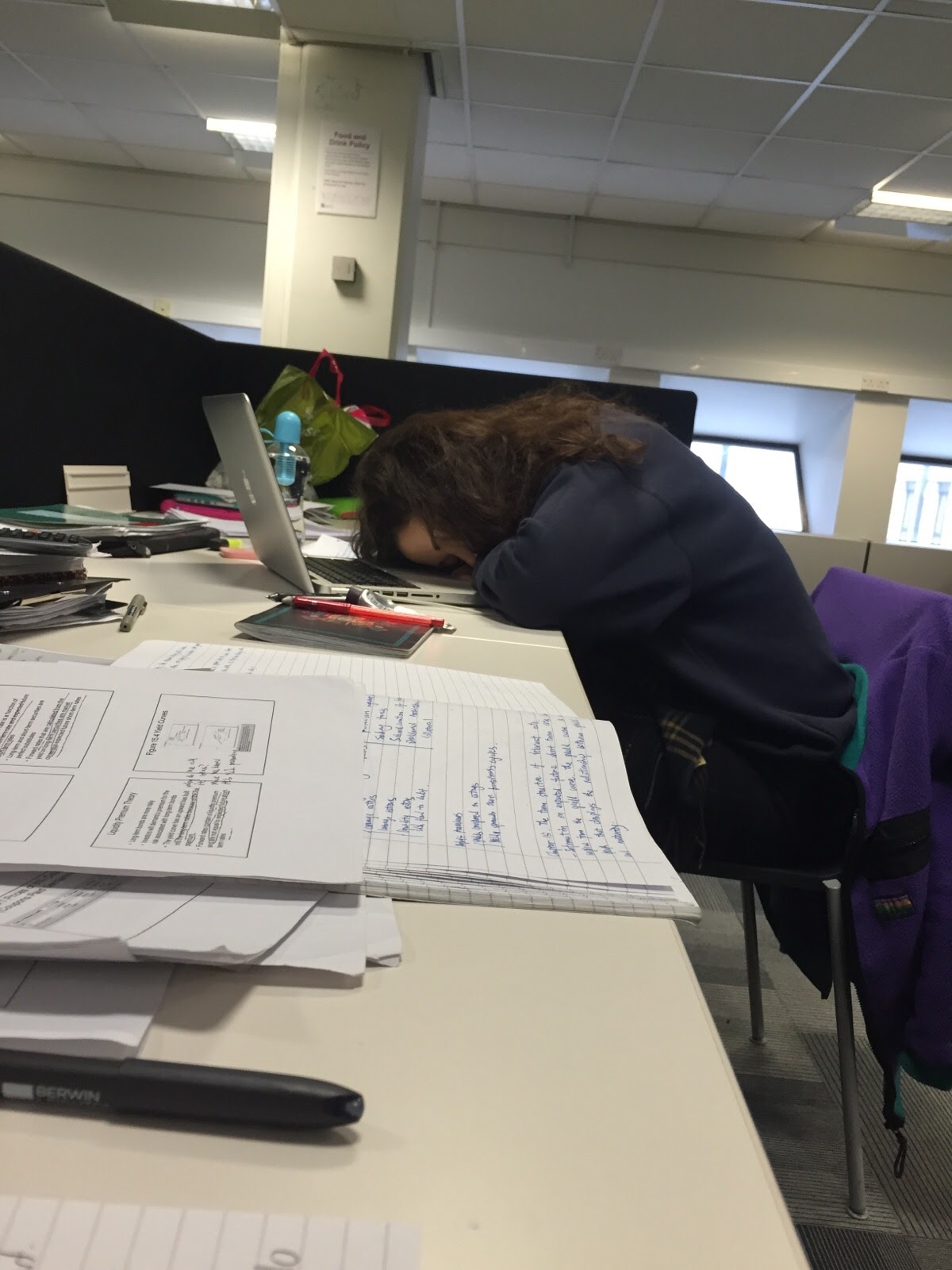 Every historian knows the feeling

Walk into any History seminar and you’ll hear more awkward silences than two mutes on a blind date. Instead of lively discussion there are long pauses, in which every person in the room urges anyone else apart from them to answer their lecturer’s embarrassingly basic question. Eventually, after what seems like an age, the absolute hero who feels most sorry for the poor guy will pipe up:

It wasn’t, but never mind. The silence is ended, any hope of intellectual debate is cast aside, and the class moves on. Perhaps this shocking lack of participation is most the result of the very much non-compulsory seminar reading that constitutes the majority of our workload. “How’s that at all hard?” I hear you ask. Well you try reading five JSTOR articles and a chapter out a book every week, and you’ll see that it’s not as fucking easy as it sounds.

Indeed, pulling apart a dead rat or playing around with test tubes is child’s play compared to the superhuman levels of concentration and perseverance needed to skim-read and maybe partially note 20 to 40 pages of text (any longer than that and you’d better pray to God that it has footnotes and a fuck-off long bibliography) not just once but multiple times over the course of a week.

Here’s the thing. It’s not really our fault if we don’t do our work – it’s the University’s! We pay them sweet, sweet pounds to motivate us and make us succeed, and we only get scraps in return. All you lawyers and economists and chemical biologists should feel sorry for the real victims of the great tutorial fees scam, the people who on a daily basis have to deal with the spiritual hardships of loneliness, apathy, abandonment and deep, dark, spiraling depression. All the contact hours and tricky exams in the world are piss compared to this mental battle for survival.