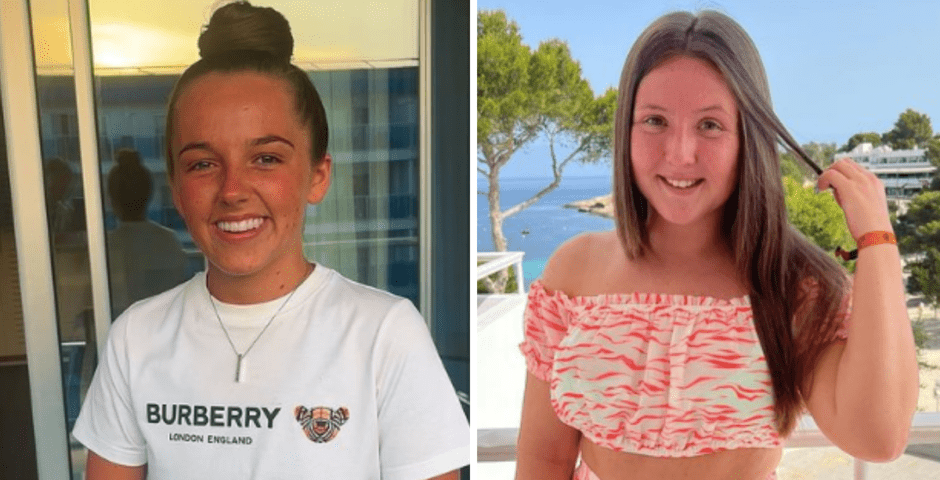 What a lousy start to Pride month😔

Katylee and Libby Mae are having beef again but this time the tension is so strong it’s polarised gay TikTok. Katylee, Libby Mae and now Grace Waites are British TikTok royalty. Their toxic relationship has lived rent free in our gay little minds for many months and you’d be lying if you tried to say you’re not obsessed with them.

Everyone loves everything about them. From Libby Mae and Grace Waites having the same hairstyle to Katylee so blatantly having a type. But sadly even cool people get involved in internet drama. Here’s a rundown of their beef which is currently shoving a wedge straight into gay TikTok as we speak.

The whole thing started with Libby Mae posting this video dancing alongside her current girlfriend and sister saying: “Us knowing my current girlfriend is the only one my sister genuinely liked without having to convince people.” Pretty savage but to be fair, this isn’t the first time Libby Mae has posted suspicious content.

Okay so Katylee first posted about the situation yesterday. She shared a video lip syncing to “Fame, I’m going to live forever” – the video said: “Everytime someone who is irrelevant to me makes an aimed video I get an extra year added on my life” Quite iconic.

@k4tyl33You know what. It’s hard sometimes not to react when you get sent them. It’s obsessive behaviour. Clearly can’t move on and just get on with life🙃♬ Im gonna live forever – Michelle Jolly 😊

Libby Mae then responded to this video using the same audio and captioned with: “If I got £1 every time people jumped to conclusions”. As you can tell, this drama has a lot of back and forth.

Katylee posted a TikTok saying: “How I’d be if Grace and her family had to bring down her ex to make me feel better about myself.” The caption on the video was a load of red flags and then said: “Yes this is aimed by it’s laughable how many get made about us.”

Libby Mae has since posted a video with her girlfriend captioned: “Us vibing knowing that we only need each other and anyone else’s opinion is irrelevant.” After posting this video they got each other’s name tattooed on themselves – a very bold move.

Vote for who’s team you are on below:

• Exclusive: We spoke to the student who created the Binley Mega Chippy song