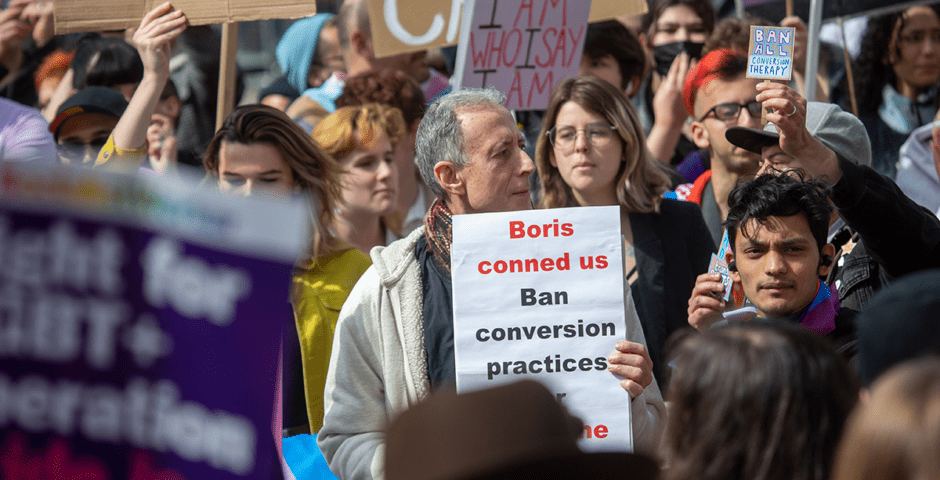 People often moan about the slow bureaucracy of government but threaten Nadine Dorries’ salary and she’ll have everything sorted in the time it takes a No.10 staffer to down a bottle of Pinot. The Tories are at war with themselves yet again, as Boris Johnson is set to face a vote of no confidence from his own MPs later today.

It was announced this morning that Sir Graham Brady, head of the 1922 committee had received the 54 letters needed for a vote to be held. Now we know that the vote will be held within just 10 hours of that threshold being met. In an effort by Boris to save his own skin, he’s hoping that holding the vote quickly will make it harder for his opponents to convince a majority of Tory MPs to vote against the Prime Minister. Boris loyalist, Nadine Dorries was of course one of the first out the gates with a desperate defence of the Prime Minister.

Apart from being the last whimper of a dying government, the speed at which the vote was called just proves how quickly things can get done in Westminster if you really care. Clearly, for the Tories, they only care when it’s their own jobs at stake. Just like when they tried to change parliamentary rules last year to help their mate, Owen Paterson.

Meanwhile, it’s been over four years since the Tories promised to ban conversion therapy in 2018 and we’re still a long way off from anything being done. Since then they’ve promised a ban a total of 35 times and watched on whilst eight other countries passed bans.

On top of all that, the ban that has been proposed is hardly a ban at all. Following a U-turn decision, it will do nothing to protect trans people, from the devastating harm of conversion therapy, which UN experts have said can “amount to torture”.  The proposed legislation also leaves a gap for anyone over 18 who voluntarily decides to be subjected to the practice.

In the wake of these huge steps back for LGBT+ rights, the UK was forced to cancel its first-ever international LGBT+ conference after over 100 organisations said they would boycott the conference unless the ban legislation included protections for trans people.

As expected, the government has been happy to fuel the flames of a culture war over trans people’s lives rather than include these protections. Because the reality is this government couldn’t care less about acting quickly or decisively when people’s lives are on the line. They only act to save themselves and their right to vomit up the walls of No.10.

• ‘Naive and disrespectful’: Sam Fender apologises for hanging out with Johnny Depp