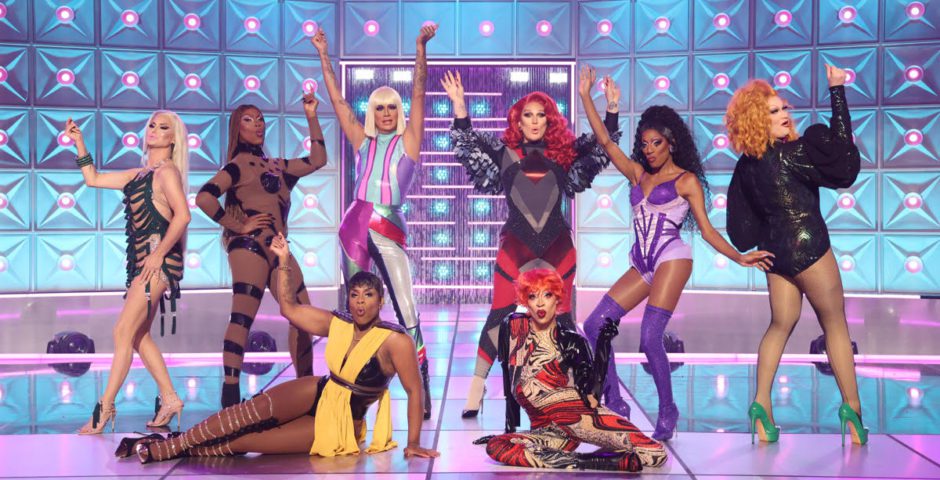 Nothing fills me with quite so hefty a dose of serotonin than a Drag Race verse song, and of course, All Stars 7 wasn’t going to miss the mark with a cast of all winners as good as this – Legends is an instant classic. In the words of my personal Pope Charli XCX, I’ve got it on Constant Repeat. But fun this cast of winning queens, whose verse reigned supreme? Here’s all eight of the deeply iconic verses from Legends on All Stars 7, ranked from worst to best.

Not one line of Trinity the Tuck’s verse rhymes. Not a single rhyming structure to be found. Just chats, vibes and an “ooh la la” for the ages! She’s having a good time, though, and we can’t knock her for that. And she’s consistent with her legacy of dropping bemusing verses for any RuMix she crops up on.

The Vivienne has one of the best singing voices in this cast, and I’m really glad that for All Stars 7 she chose to use that to full effect. The only gripe with Viv’s verse is that because of her choice to sing, she has less lyrics – and the lyrics she did write don’t really tell us much and they lack the wordplay fun of the other queens in the cast. Definitely still a job well done, though!

We’re getting to the GOOD stuff now, girlies. “Oddly, it’s Yvie / I can’t be beaten believe me /I’m freaky like Friday, I won the crown my way, and I’ll make this next one look easy” is an outrageously great way to start a verse – completely on brand, full of word play and great delivery. No clue why they auto-tuned Yvie into oblivion, and I think the verse loses its punch after its excellent start.

Raja, my one true favourite queen of all time, finally getting to do a RuMix verse on All Stars 7 with Legends? INJECT IT! I love that the lyrical content on her verse solidifies why she’s legend by name, legend by nature. I love that even amongst a cast of all winning queens she shines like a goddess! “Refer to my pronouns as thou / drop to your knees and bow!” … I died! She dipped in the mother lake when she wrote that.

The way that Jaida pretends to slap Raja around the face when she says “Child, I’m never afraid to put a bitch in her place” should be analysed in drag studies for the rest of time. Iconic verse for an iconic queen. Always knows exactly how to play to her strengths.

Monét knows how to serve main pop girl whenever she takes on a RuMix verse, and she absolutely annihilates it here. Coming back to back with Jinkx’s verse is heaven on earth. “Bow down, kiss the ring, call me master” has no business being as sexy as it is. Unsure if I’m being thick, but the first lyric throws me – triple crown is what I’m after? She’s won one crown, no? Is she counting Miss Congeniality? I’m going to pretend she is, so I can sleep in peace at night. GREAT VERSE THOUGH!

I will be bellowing RUB A DUB DUB GET IN MY TUB in the retirement home of my future and the nurses will be like sure, old man, let’s get you to bed. It is scripture to me – as is the whole verse. I love Jinkx taking us to deranged places of swooning stepsons and sponge baths. As mommy should! What a star.

Shea has had four RuMix verses, and has only missed the mark with Clapback. Her verse on Legends is a return to form, a return to the kind of verse that makes you feel like you’re watching a superstar do their Super Bowl performance. Shea knows how to meticulously pace her verses and flow to tap into euphoria. “I’m dripped in designer / hot on fire / Strutting down the runway building my empire!” I mean, COME ON. She’s Shea Couleé and she always…..

Catch RuPaul’s Drag Race: All Stars Series 7 every Friday on the streamer of all things drag, WOW Presents Plus. Subscribe here.

• No one’s going home, so here are the new Drag Race rules for All Stars 7 fully explained

• All Stars 7 is Drag Race perfection, with a cast of winners proving exactly why they got a crown