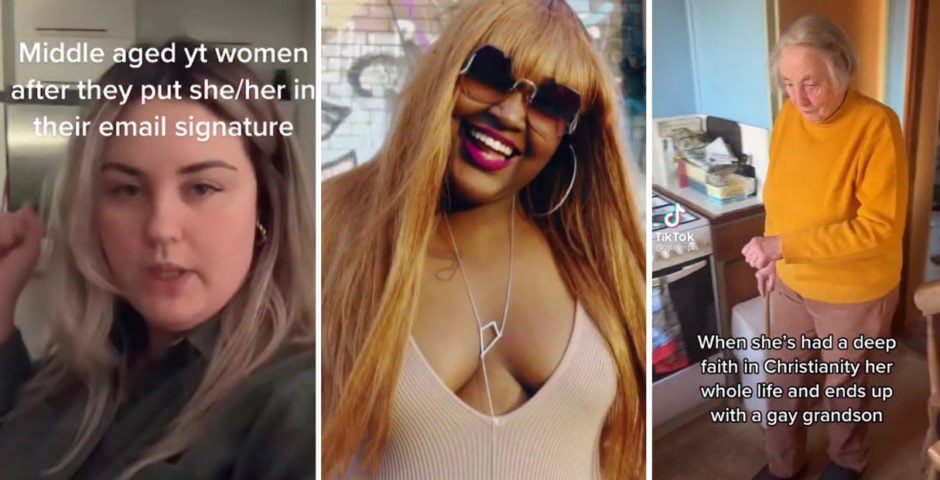 Ok so who sings the ‘rolling with the LGBT’ song that’s all over TikTok right now?

I am never not rolling with the LGBT tbh

Another week, another iconic TikTok sound going viral on the For You Page and setting up residence in my brain to torment me for the forseeable. This week, it’s the turn of the “rolling with the LGBT” sound that if you’re FYP is anything like mine you’ll currently be unable to escape from. But where is this iconic song from? Who sings it? Is it a real song? THE PEOPLE NEED TO KNOW! Here’s where the “rolling with the LGBT” TikTok sound and song is from and who originally sings it.

@cashlibby486Lol♬ Everyone who uses this is gay – Flop era arrived

The song is LGBT by the rapper Cupcakke, taken from her 2016 album Audacious. It’s one of the iconic rapper’s most known songs, and she released it saying it was “strictly for the gay community to know that they are loved and don’t need to feel judged.”

The chorus is LGBT’s most known section, and TikTok has embraced it as a sound and an edit with a lot of videos using it going viral. The anthemic prose goes as such:

It’s explicit, like all of Cupcakke’s music. A queen. The TikTok mix is a remix though, and mashes up the Cupcakke chorus with an Azealia Banks beat.

What are people doing with LGBT on TikTok?

The “rolling with the LGBT” TikTok sound is being used for all kinds of memes and laughs. Such classics include soundtracking videos captioned “Middle aged white women after they put she/her in their email signature” and a grandma with the grandson captioning it “When she’s had a deep faith in Christianity her whole life and ends up with a gay grandson”. Enjoy a round up of the funniest below:

@possiblychristina #lgbt ♬ Everyone who uses this is gay – Flop era arrived

@glennpls♬ Everyone who uses this is gay – Flop era arrived

• Right, so who the hell is Sue Gray and why are there so many jokes memes about her?

• A deep, hesitant dive into the viral video of Boris Johnson dancing horrendously at a party