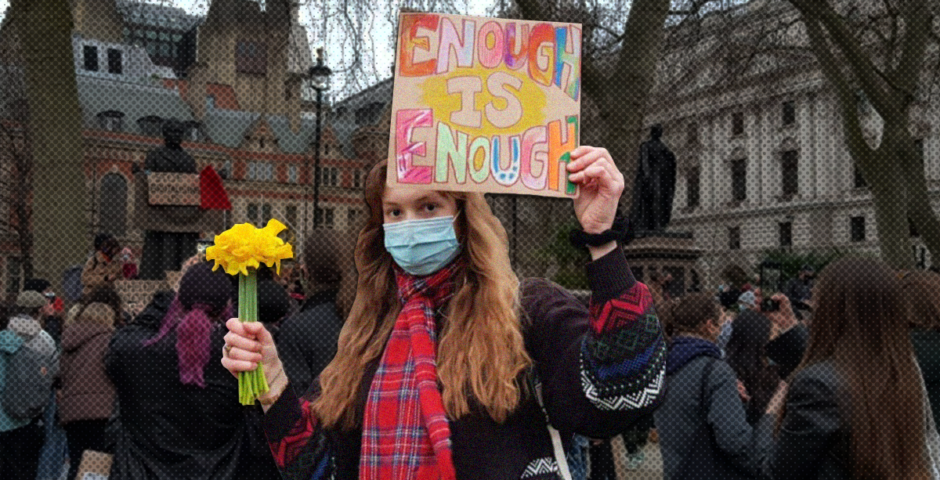 Policing Bill: House of Lords votes against series of measures in huge win for protestors

The measures include increased stop and search powers

Last weekend, protestors gathered in London, Manchester and Bristol for another “Kill the Bill” demonstration against the Police, Crime, Sentencing and Courts bill (also known as the Policing Bill).

The bill would give police increased stop and search powers and the ability to dish out fines of up to £2,500. It would also introduce sentences of up to 10 years in prison for vandalising memorials and statues.

But on Monday, the government suffered a series of defeats as the House of Lords rejected aspects of the Policing Bill. This is exactly what happened and why it’s a massive win for protestors:

What is the bill and how did it come about?

The Policing bill covers many major proposals on crime and justice, however one of the biggest proposals brought to attention has been the changes to protests.

The bill came about in response to previous campaigns which include Extinction Rebellion (2019) and the Black Lives Matter Protests (2020). Later amendments have been proposed to tackle Insulate Britain.

Currently the police only have the power to restrict protests when they generally show “serious public disorder.” However, if the Policing bill is to be implemented, police will be able to place more restrictions on protests.

The legislation has the power to ban marches and demonstrations for being “seriously disruptive.” Critics of the bill have branded this counterintuitive, as protests are most effective when visible and noisy.

Other restrictions include setting nose limits and imposing a start-to-finish time. A refusal to follow police instructions could also lead to a fine of up to £2,500.

Social justice groups warned that the bill would disproportionately affect minority groups. Concerns arose from police gaining more stop and search power as black people in the UK are nine times more likely to be stopped and searched than white people.

What happened in the House of Lords this Monday?

The government suffered a series of defeats by the House of Lords over its attempts to crackdown on protests. The series of voting lasted until early Tuesday and activists were heard making loud drum noises part of their demonstration throughout the debate.

Peers in the House of Lords voted to scrap many of the powers that would impose restrictions on protest marches.

Key policies that were rejected by the House of lords included:

Many peers criticised the bill such as Green Party peer Baroness Jones of Moulsecoomb that said “these are draconian laws that are a wider assault on our democracy.”

Labour frontbencher Lord Coaker went onto say: “I believe that making a noise is a fundamental part of the freedom to protest properly in a democracy.”

Voting continues on the amendments to the bill. The bill will be returned to the House of Commons for further debate in what is known as “ping-pong” until agreement is reached.

The House of Lords vote was crucial because the bill cannot become law until both Houses have agreed on the changes.

• Hundreds of Boris lookalikes gathered to rave outside No.10 in protest of the PM

• Explained: what is the new protest ‘Police Crackdown Bill’, and how do I stop it?

• As it happened: Riot police and protestors clash at Kill the Bill protest in Bristol