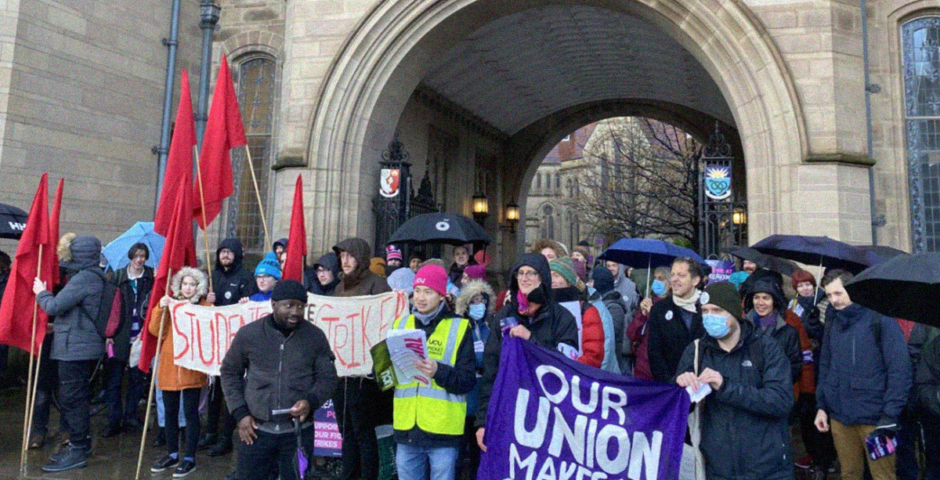 Staff are striking for up to 10 days in February

Last term saw three days of lecturer strikes hit UK universities, with staff campaigning for better pay and pensions among other things. According to the University and College Union (UCU) the dispute remains unresolved.

University staff are set to go on strike this academic term at 68 universities, for up to 10 days in February.

To resolve the dispute, UCU is calling on employers to scrap the 35 per cent cut to staff pensions and to give all staff a £2.5k pay rise to combat “unmanageable workloads, pay inequality and insecure contracts across the sector”.

The exact days lecturers will be striking are:

• Monday 21 and Tuesday 22 February – both pensions and pay disputes

Further strike action may also happen – preparations are being made for a UK-wide marking and assessment boycott, UCU says.

UCU general secretary Jo Grady said: “It is a damning indictment of the way our universities are managed that staff are being left with no option but to walk out again. For a sector that is worth tens of billions of pounds and enjoys record levels of student growth it is beyond disgraceful that in return staff get vicious pension cuts, falling pay and are pushed to breaking point under deteriorating working conditions.

“Time is quickly running out for vice chancellors to avert strike action, but it can be done. Staff need a proper pay rise, action to tackle insecure contracts, unsafe workloads and pay inequality, and for devastating pension cuts to be revoked. Any disruption that occurs will be the clearest indication yet that university bosses don’t value their staff.

“This wave of strike action is a fight for the future of higher education and staff are proud to stand alongside students in the fight for an education system that treats students and staff with respect.”

Here’s a full breakdown of the universities expected to face strike action this term:

39 will see strikes over pay and pensions

The University of Birmingham

The University of Dundee

The University of Kent

The University of Leeds

The University of Nottingham

The University of Sheffield

The University of Stirling

24 institutions will see strikes over pay only

The University of Manchester

The University of Northampton

The University of Salford

University for the Creative Arts

University of the Arts

Five will see strikes over pensions only

• Finally: Unis are pledging to end use of gagging orders to silence sexual violence victims