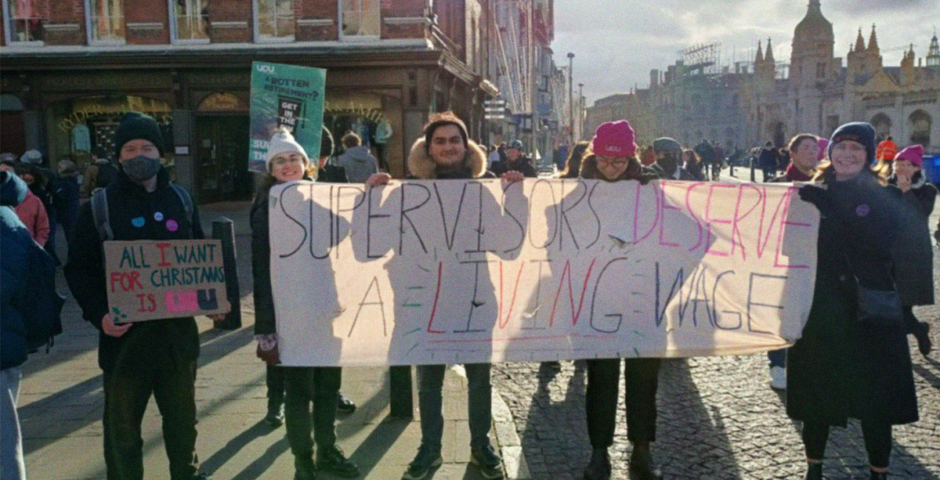 Strikes look set to happen at 68 universities in February

The dispute over pay and pensions that lead to strikes at 58 universities last term remains unresolved and looks likely to roll into the new year.

Following re-ballots, lecturers at 10 more universities including Newcastle and Oxford Brookes have also voted to pursue industrial action. The full list of striking universities can be found here.

University and College Union (UCU) general secretary Jo Grady said: “We are putting preparations in place to launch a marking boycott if employers continue to refuse to meet the demands of staff.

“We do not take this action lightly, but university staff are tired of falling pay, cuts to pensions, unsafe workloads and the rampant use of insecure contracts. We hope vice chancellors finally see sense and address the long-standing concerns of staff. If they don’t, any disruption will be entirely their fault.”

The union is calling for pension cuts to be reversed and for all uni staff to have a pay rise of £2.5k. If these demands are met, the strikes could be called off.

“Time is running out for university bosses to avoid more disruption this term,” Grady said. “But if they refuse to withdraw their devastating pension cuts or take action over deteriorating pay and conditions, staff will be forced to take UK wide strike action alongside rolling regional walk outs at campuses across the country.”