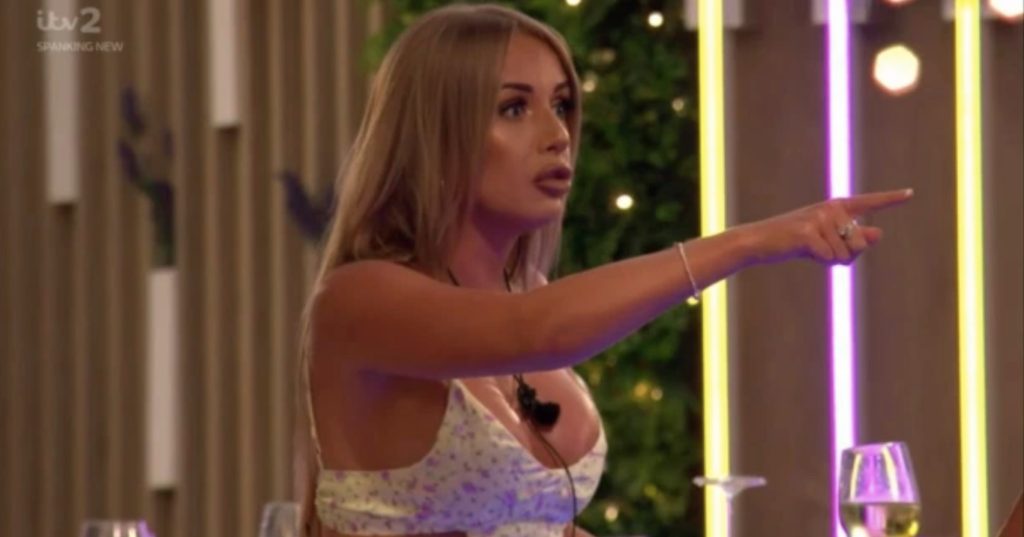 Offering to pick up the pieces afterwards doesn’t excuse anything

It’s no secret that the Love Island producers have consistently used its contestants’ explosive outbursts to elevate the show to the pinnacle of TV gold. The show has repeatedly shown that although distressing to many, screaming and shouting captivates an audience’s attention.

This year’s viewers feel especially hyper-vigilant as the show’s glamorous exterior has been chipped away to reveal a harsh reality. Love Island is not accidentally destructive to its contestants. The toxicity has been intentionally engineered.

Love Island bosses offer psychological support if and when contestants request it. This allows bosses to masquerade as taking a big step in the right direction while discreetly maintaining their previous reluctance to intervene on behalf of the Islanders.

It is one thing to speak to upset Islanders privately after distress has been caused, but shouldn’t producers be trying to prevent it in the first place?

This is painfully clear in the case of Faye Winter, who seems hellbent on remaining on a self-destructive path, even if it comes at the cost of her romantic connection with Teddy, her friendships in the villa, and jeopardises her place on the show.

Faye’s turbulent and head-strong attitude leads viewers to worry that concerns regarding her wellbeing are likely to fall on deaf ears. But because of her restricted access to social media, Faye will remain unaware of the hundreds of death threats she became the unwilling recipient of overnight.

Naive producers must’ve assumed that Faye would somehow anticipate her own downfall and be wise enough to seek help in advance. Faye has been expected to overcome an obstacle she doesn’t even know exists.

The postcards are the ugly stepsister of the lie detector test

Character assassination is a staple in the arsenal of Love Island producers. It has been used so frequently that it has become subliminal.

When bombshells come crashing into the villa, producers can put their feet up and leave it to Twitter to brutally characterise new contestants in one way or another. This makes it seem as though producers are fulfilling a prophecy that they played no part in creating. Let’s not kid ourselves. They knew exactly what they were doing.

Sending a postcard that disguised the disloyalty of Liam by using Teddy as a scapegoat not only failed to limit casualties, but also caused unnecessary distress to other Islanders and a bewildered audience at home.

Although heartbreaking and shocking, the postcard did not just happen to float its way into the villa. It had been a long time coming.

The MirrorOnline reported that producers had not used the postcards since 2018 due to receiving 2,500 Ofcom complaints following their inclusion in an episode. After removing the lie detector challenge to dodge criticisms of emotional manipulation, the postcards are back. This is just another way of plunging the contestants into more mental torment.

the producers finally bring in a loyal, mature man and then do him so dirty with that fucking postcard. he doesn’t deserve this, so hard to watch #LoveIsland pic.twitter.com/8aCuXdGxrf

Movie night was a form of cruel punishment

The Islanders’ recent movie night showcased the desperation of the producers in the worst possible way. Unlike previous attempts at keeping eyeballs glued to TV screens around the country, the decision was taken to delve into weeks-old footage and present it to Islanders without context, knowing it would get a strong reaction.

The producers were most malicious with the movie night in portraying it as an innocent game, complete with pints, crisps a winning team. It was unclear how anything resulting from such a shambolic evening could remotely resemble a victory of any kind.

Days before, Islanders were comforting each other, and they now sat back and smirked as their friends’ dirty laundry was aired publicly.

Love Island producers have become masterminds at blurring the lines between excitement and discomfort. Neither the viewer nor the Islander can tell what will blow over in a few days and what will cause long-term damage. This fog has been created intentionally. It keeps everyone guessing in more ways than one. Above all else, it’s hard to tell who to pin the blame on when things go wrong.

A Love Island spokesperson said: “Welfare and duty of care towards our contributors is always our primary concern, and we take the emotional well-being of all the Islanders extremely seriously.

“We have dedicated welfare producers and psychological support on hand at all times who monitor and regularly speak to all of the Islanders in private and off camera, especially if someone appears to be upset.

“All the Islanders are therefore fully supported by the professionals on site and by their friends in the villa.  Islanders can always reach out and talk to someone if they feel the need.”

• Ranked: The most complained about Love Island moments to Ofcom ever