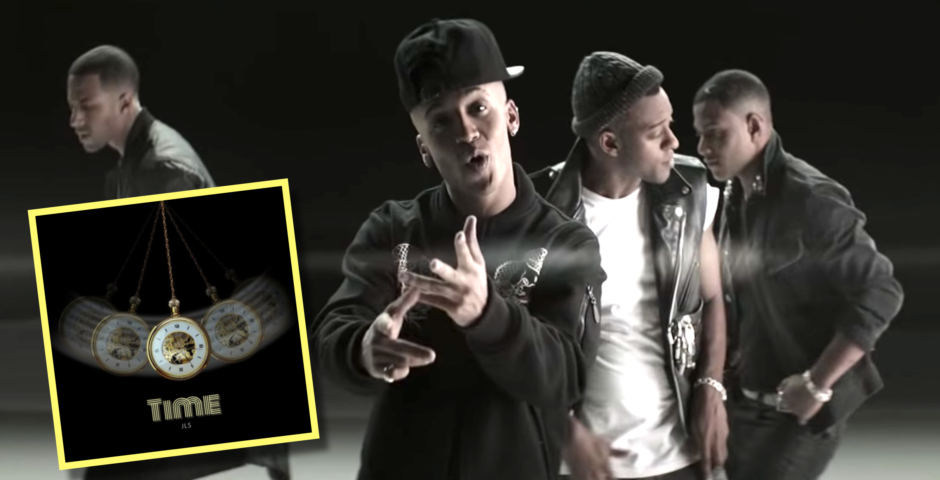 As if this year hadn’t already got off to a weird enough start, people are waking up to discover that, after teasing a comeback, JLS has just released a brand new drill track called “Time”. Like, on their Spotify, on their Apple Music, album artwork complete with JLS at the bottom… it’s literally them.

Okay, it’s probably not literally them, but this has got people really confused – especially considering they went from lyrics such as “Everybody in love put your hands up” to “Go around knifing h**s.” So, did JLS actually release the track “Time”? Are Aston, JB, Oritse and Marvin turning to a career in drill music? And if it wasn’t the JLS, which JLS did release the drill track “Time”? Here’s everything we know so far.

If you’re sceptical that JLS has just released a track talking about skengs and shottas then you’re probably right to do so. Although they have neither confirmed nor denied the release of the track as theirs, it does seem peculiar that the song is on both Apple Music and Spotify.

I mean, look at that album cover – it could so easily be one of theirs! However, you’ll be disappointed to learn that this is actually a song by Switch and J9 titled “Look”, and it has been uploaded under JLS’ name on Spotify… just because. Here’s the original, complete with music video:

And that’s literally it. JLS have not released a drill track, but instead this guy’s track was uploaded under their name on Spotify and Apple Music, and he’s probably done pretty well in doing so.

• From Tinchy Stryder to Taio Cruz: Where are the forgotten artists of the noughties now?

• QUIZ: Can you match the artist to their noughties banger?