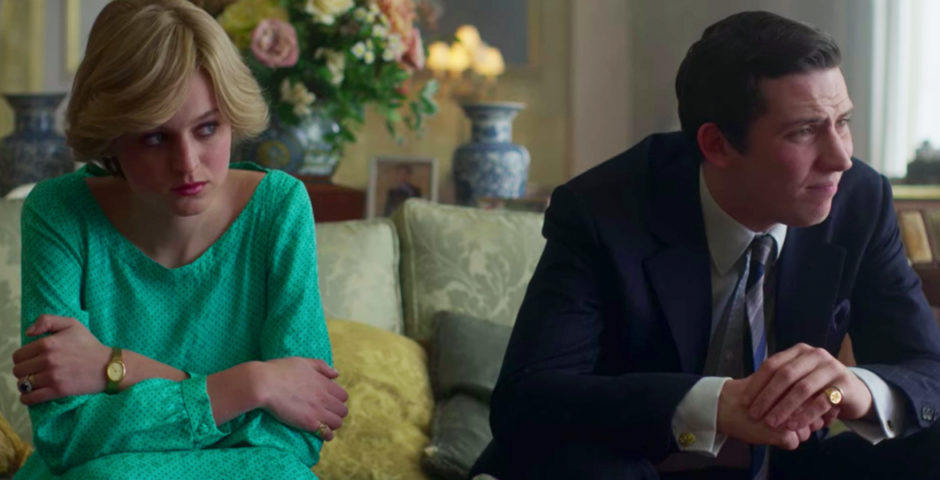 Did Diana actually perform The Phantom of The Opera for Charles on their anniversary?

Charles seemed less than impressed by the performance

In the penultimate episode of the latest series of The Crown, Diana surprises Charles with a VHS recording of her singing “All I Ask of You” from The Phantom of the Opera for their seventh wedding anniversary.

The performance consists of Diana in full costume on the actual set of The Phantom of the Opera with a full orchestra accompanying her. Whilst Diana is pleased with her efforts, Charles is not.

Many viewers assumed this was something the writers of The Crown made up for dramatic effect, however it seems Diana did actually record this performance for Charles. Here is all we know about it:

Did Diana really record herself performing The Phantom of the Opera?

Yes, whilst a lot of The Crown has been exaggerated for dramatic effect, Diana’s present to Charles for their seventh anniversary really was a recording of her performing “All I Ask of You”.

Diana was known to be a huge fan of The Phantom of the Opera.

Princess Diana on one of her several visits to the Phantom. 'All I Ask of You' was always one of her favourite songs, with her once making a private video on the Phantom’s stage. Excited to see this moment in @TheCrownNetflix with the wonderful Emma Corrin. #TheCrown pic.twitter.com/Tfmk40AWOH

The head researcher for the show, Annie Sulzberger, told The Telegraph: “We did not make this up. There were a number of reports on this, enough to make us feel comfortable including it in the show. It’s a story that pre-existing the writing of the script.”

She added that it is unclear exactly what Diana did in her performance.

In a 1988 Washington Post column, Chuck Conconi wrote that Diana wanted to give Charles a taste of her in her favourite musical. “She did this simply by renting the show’s set at the theatre in London’s West End where it is playing and having her movements directed by the show’s choreograph, Gillian Lynne.

“Diana didn’t settle for second best. The show’s composer, Andrew Lloyd Webber, was there to oversee her performance.”

However, the performance in The Crown was exaggerated

Whilst reports have said that Diana gave Charles a present of her dancing to the song, the tape is unavailable to the public so no one knows exactly what Diana did.

Emma Corrin, who plays Diana in the show, actually sang the song during her auditions saying it was one of her favourites. The Crown taped the scene in the real Phantom of the Opera set in the West End alongside real cast members and orchestra.

Emma Corrin told Vuture: “I had a complete panic attack, which was actually not very fun on the day. I trained as a singer, but it was weird because I had to sing like Diana and also worse than I can, which was very strange, because she wasn’t trained.”

Emma had to work with a vocal coach to unlearn her singing techniques.

• The real story of Katherine and Nerissa: The Queen’s secret cousins who were institutionalised

• So what does the Royal Family really think of Netflix’s The Crown?