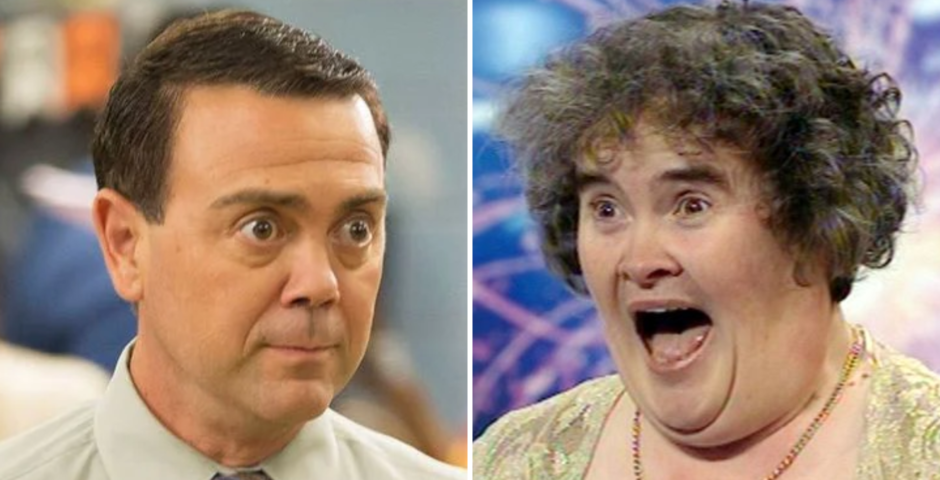 If you’re an avid watcher of Brooklyn 99, you’ll be well aware that Charles Boyle has an extended family unit consisting of many cousins, and in one particular episode, he refers to having a cousin named “Susan”.

Although this most likely wasn’t a direct nod to Britain’s Got Talent’s Susan Boyle herself, people were quick to question who this particular character could be and mull over the possibility that the star could get involved.

Well, you’ll be pleased to hear that this irony doesn’t seem to have been lost on the real Susan Boyle, who sources claim is interested in featuring in an episode with a cameo appearance.

Can we talk about that hilarious Susan Boyle joke that was slipped in there?! #Brooklyn99

Speaking to the Metro, a source close to the Boyle revealed that the small reference was lost on her at first as well: “Susan didn’t notice the mention at first either, but when it clicked, she was absolutely thrilled. She’d love to do a cameo if she was ever offered the opportunity.”

Just imagine the scenes if Charles nonchalantly mentions Susan again, only for GENUINE Susan Boyle to walk through the doors of the precinct and bust out a tune. Surely someone who knows Andy Samberg can send him a message or we can get a petition going?!

If Susan were to join the cast for an episode she’d become part of a lengthy list of celebrities that have featured for brief cameos including Bill Hader, Eva Longoria and Nick Cannon.

Seasons one to six of Brooklyn 99 are currently available to stream on Netflix.

• VOTE: Ranking every Brooklyn 99 character from best to worst