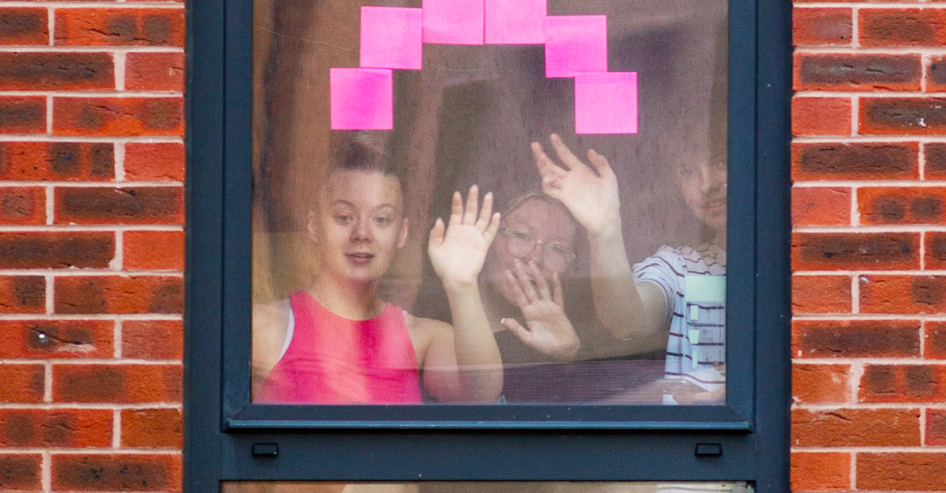 These are the student areas with the highest coronavirus infection rates

The number of universities with confirmed coronavirus cases hit 100 last Friday, and a large part of the blame for the latest COVID spike is being laid at students’ doors.

Now, government figures reveal the five areas with the biggest outbreaks in the country are popular student areas.

The government MSOA figures, released weekly, show the number of positive cases reported in the week from October 1st-October 7th in local areas. MSOA stands for Middle-Level Super Output Area and splits the country into areas with a population of around 7,500.

Of these areas, university hotspots dominate with the highest number of cases, making up the bulk of the top 30 MSOAs.

Lenton & Dunkirk, the city’s main student area, sits at 17th in the country. So many students have been requesting home tests that postboxes in the area have been literally overflowing with tests waiting to be sent off.

Next is the student area of Endcliffe and Ranmoor, populated by Sheffield students, which had 392 new cases in the week of 1st-7th October, followed by Hyde Park in Leeds with 353 new cases. Other major Northern universities follow, with Durham and Newcastle Uni’s student areas placing as fifth and sixth-worst affected on the list.

Twitter user and statistician @RP131 collated the MSOA figures into a table showing the worst affected, highlighting just bad the situation is getting in student areas. “The top 0.4 per cent of MSOAs are generating 10 per cent of the positives,” he told The Tab – meaning that these student areas were responsible for 10 per cent of the new positives in the UK during the week of 1st-7th October. 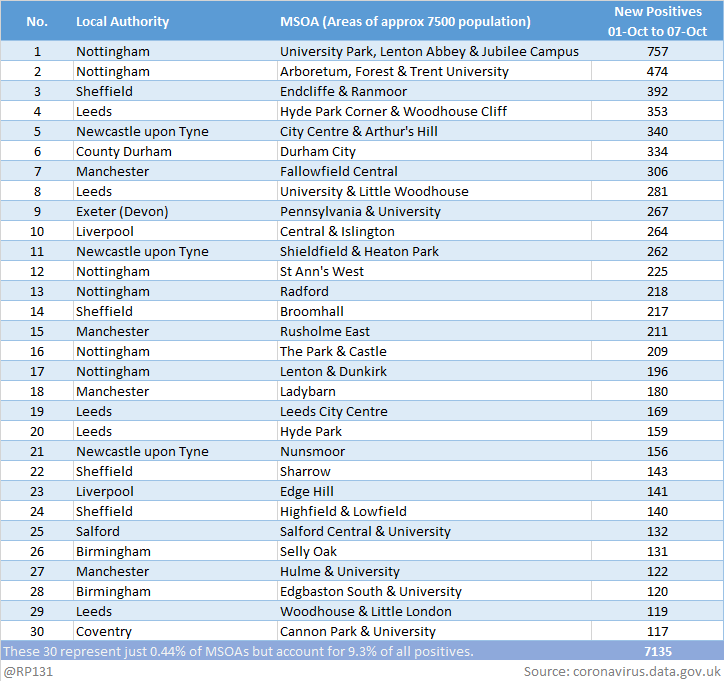 Seventh on the list is the Manchester student area Fallowfield, with 306 new cases in one week, and the university and Woodhouse area of Leeds (another popular area for students to live alongside Hyde Park) with 281 cases.

Next, the first Southern city to be mentioned is Exeter, with its university and Pennsylvania areas gaining 267 cases over the course of a week. Liverpool follows, and then many Northern cities and Nottingham appear again, with new areas mentioned.

The majority of these areas are now being placed under some of the most stringent new lockdown rules announced by Boris Johnson. Birmingham, Manchester and Nottingham will all be in tier two of the rules, forbidding households from mixing, whilst Liverpool is being placed under tier three restrictions.

• These are the most depressing, rip off food boxes unis are selling to isolating students