The final episode of your favourite TV show is naturally always going to be a bit shit. You’ve potentially spent years of your life dedicated to a programme all for it to end in an hour slot. It’s the end of an era and so you will be sad, disappointed and maybe even cry that it’s over. But some shows really make it difficult for you to get any enjoyment from the finale when they give you the worst ending possible.

Whether it’s an anticlimactic finish, an episode that doesn’t tie up all the loose endings or just makes absolutely no sense and appears that the writers ran out of time, there is no end to the worst finales in television history.

But which pissed you off and disappointed you the most? Was it the reveal of Dan as Gossip Girl? Or did the end of Friends just feel a bit meh to you? It’s time to decide which was the worst TV show ending of all time: 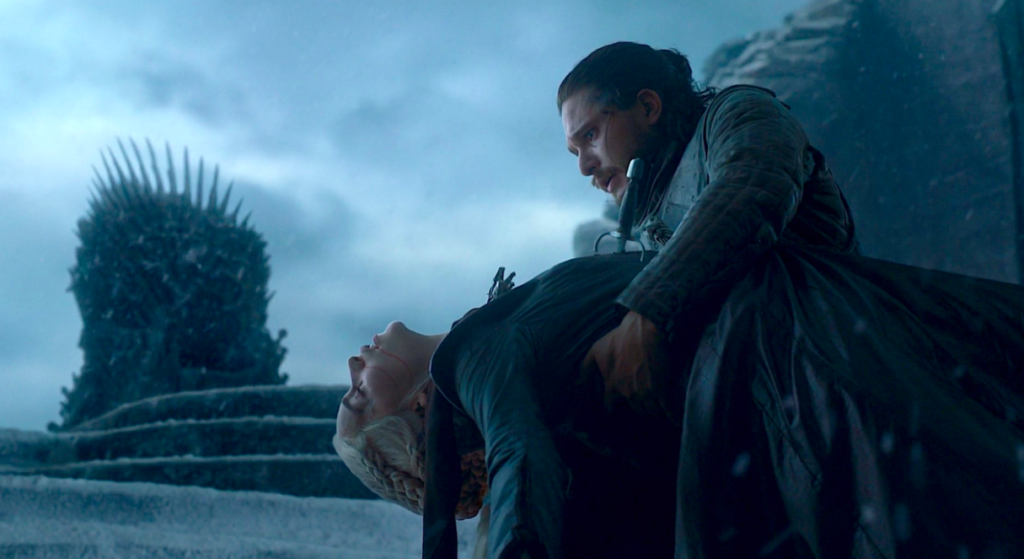 Ok let’s get this disaster out of the way first. The last two seasons in general just went down hill very quickly. This is what happens when you let the writers go off their own instincts and away from the original material.

In previous seasons when it took characters years to travel from A to B  in the last two seasons they travelled from North to South in day. Then came Daenerys going mad, Jon killing her and then of course Bran becoming King.

After eight long seasons we all deserved so much better. We deserved seeing Cersei horribly murdered by Jamie or Arya not crushed by some rocks. Jon being exiled for ending Daenerys mad spree? And Arya off on a Dora The Explorer adventure? Nah I don’t buy it. 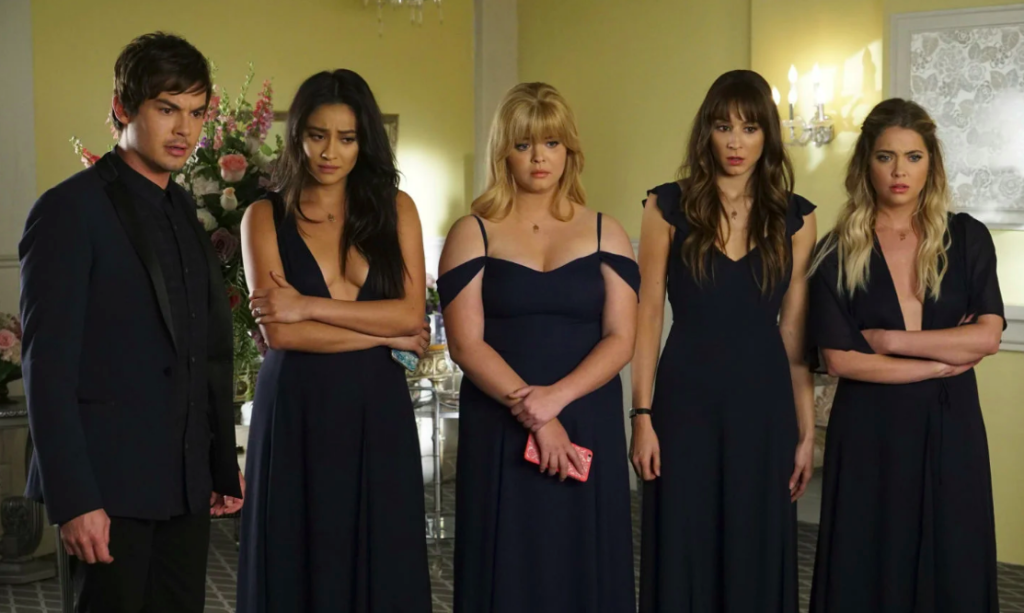 The show should have just ended after Mona was revealed as A. It got progressively more ridiculous and we definitely didn’t need anymore seasons after Charlotte was A. And then to top of the madness, the writers thought introducing a brand new character in the final few episodes was the correct person to be A.

It was a let down and a complete disservice to the loyal fans of the show who had stuck with the nonsense plots throughout the years. Spencer’s twin Alex was the completely wrong choice to be A and it seemed as if the writers were just making it up as they went along. Or worse they realised fans had correctly guessed the identity of A and decided to switch it last minute.

Many questions were left unanswered and Alex’s British accent is enough for the worst ending.

How I Met Your Mother 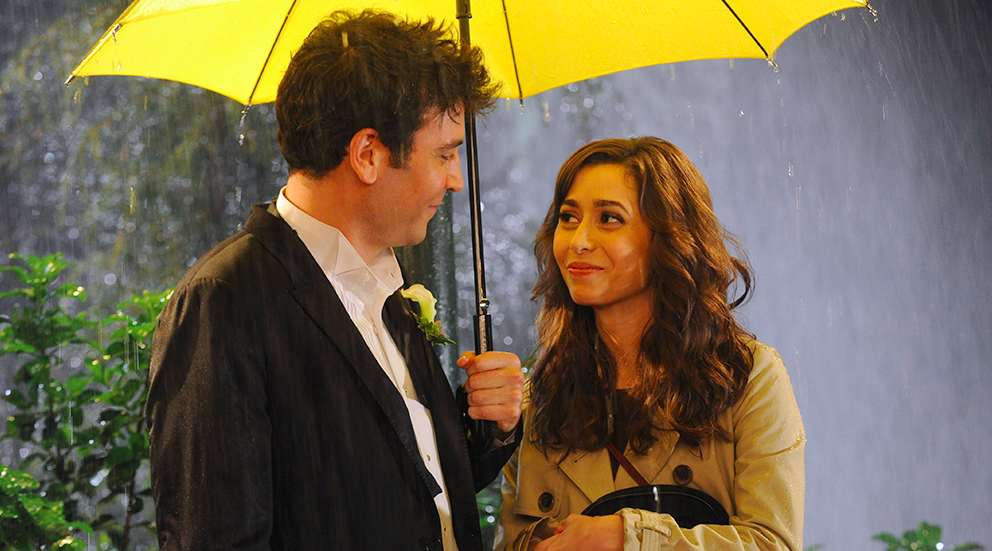 After nearly 10 years of the sitcom and us all wondering who the hell the mother of Ted’s children was, we finally found out. And boy were people pissed off.

In the two last episodes we see Ted’s entire relationship with the mother who is then killed off with a terminal illness. And it turned out the whole point of Ted telling kids the stories was so he could convince them about him getting together with their Aunt Robin. Disappointment is an understatement. 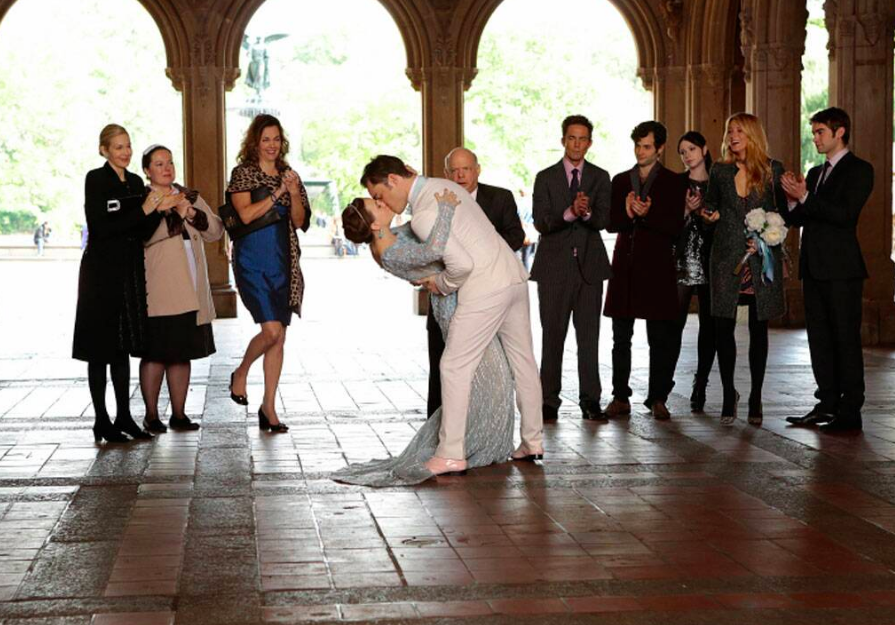 Dan was Gossip Girl. End of.

But no, really there were so many times when it made actually no sense for Dan to be Gossip Girl. And their reaction was just like meh. And then Serena married him. 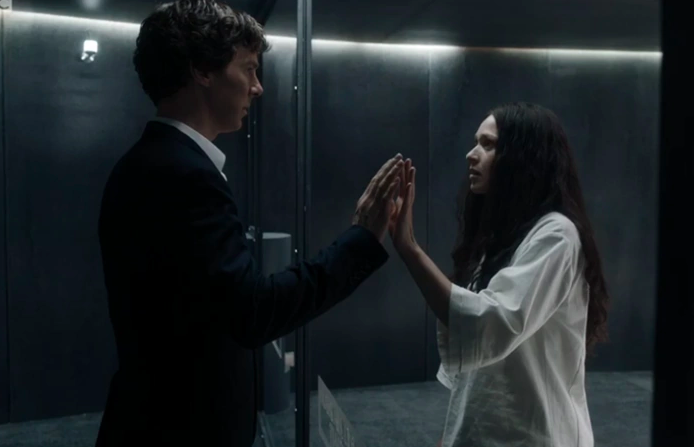 Right ngl I had to look up what happened in the finale, because like most Sherlock episodes the ending was super confusing.

And that was kind of the problem with the last episode it made no sense. They introduced a secret sister that Sherlock conveniently had no idea about, oh who was also John’s therapist.

She killed his dog and that’s what makes him “forget” about her? She plans a series of elaborate mind games that he has to work his way out of, ending with John at the bottom of a well. But all is forgiven with a hug and her return to the prison. Talk about an anticlimactic ending. 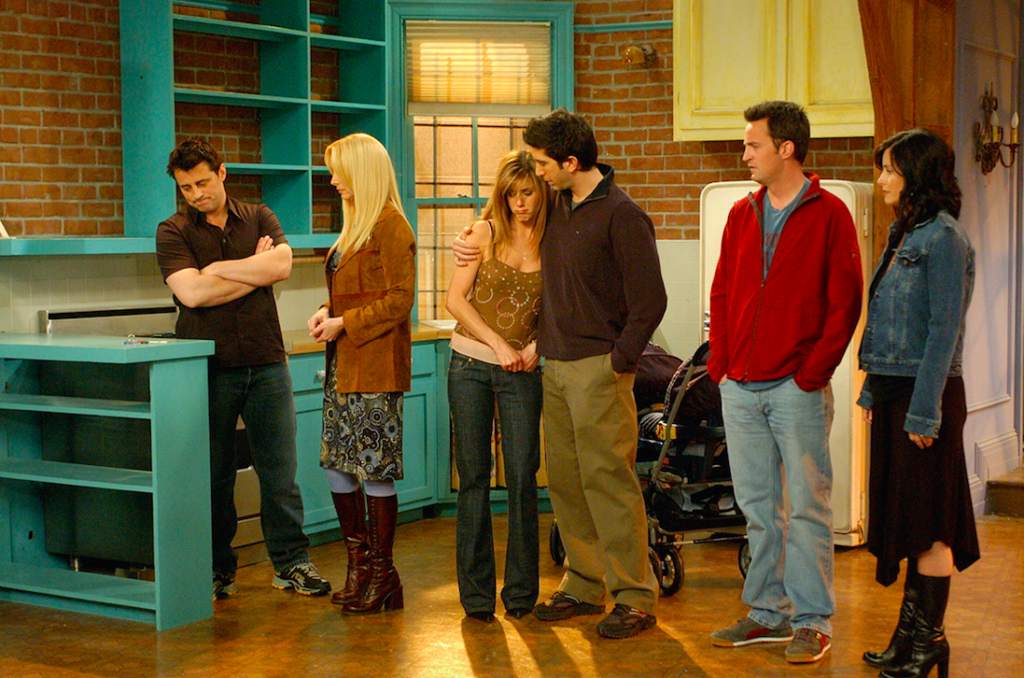 After 10 seasons, Friends had to end sometime. It ended how we all thought it would with Ross and Rachel together finally and Monica with Chandler. Thankfully the writers didn’t pair Phoebe and Joey up as a way to tie up all the loose ends.

There really was no other way for Friends to end. Anyone who was upset with the ending is probably a major Friends fan who thinks the show is the greatest thing since sliced bread and would have been happy with a new episode every week to the end of eternity. 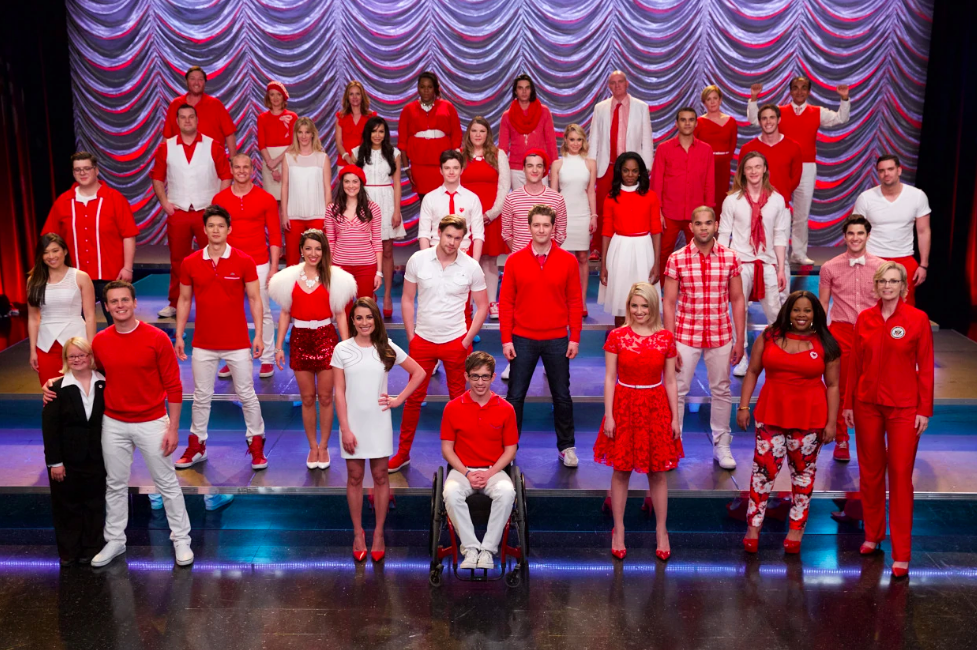 We all know Glee was crazy and was most people’s introduction to the wonder that is Ryan Murphy. Glee, like most shows, is guilty of not ending sooner. No one needed six seasons of Rachel Berry.

The problem started when the characters left high school, it was about a school Glee club, therefore it should have stayed set in high school. Not seeing Rachel and Kurt galavant over New York. The plots just got more ridiculous over time, so much so that I switched off at the end of season four.

And now discovering the show ended with Mr. Schue becoming principal of an arts school seems completely ludicrous. And it gets even weirder, Sam is the new coach of the New Directions, Rachel is carrying Kurt and Blaine’s baby and married to Jesse St. James.

Glee just never let its characters leave high school, Sam becomes a teacher at the same school he went to and they’re all still mates with the people they hated at 17, including their teacher. It’s boring, predictable and weird. The only satisfactory ending is Mercedes being the opening act for Beyoncé. That I believe.

Gilmore Girls: A Year In The Life 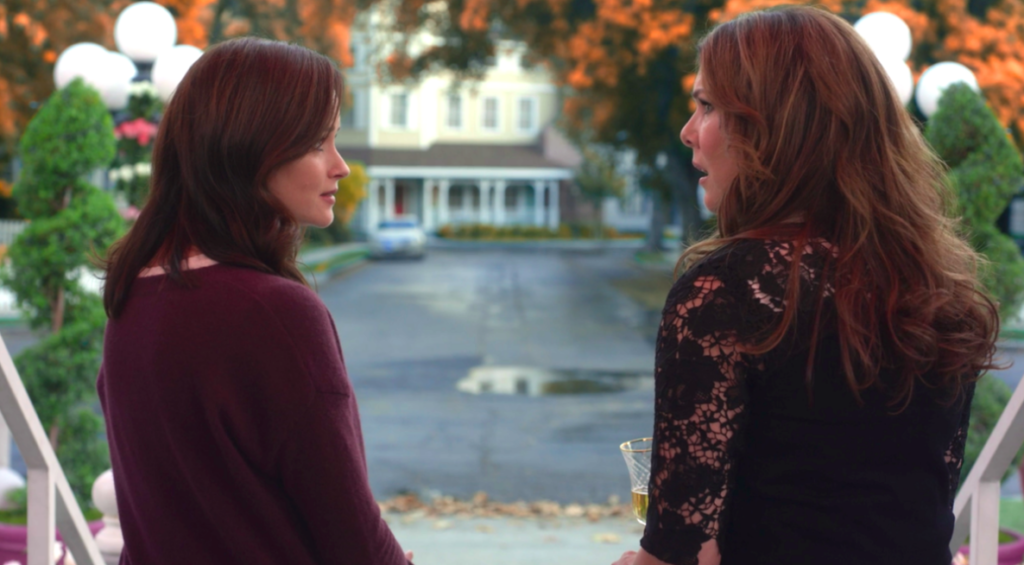 Netflix doing a reboot of Gilmore Girls was genius and I love them for that. There were quite a few problems with the four part series, but that is another article in itself.

The real problem with the ending? Rory is pregnant and we have no clue who the father is and no promise of a second season. Is it Logan’s? Jess’? Or that wookie she slept with in New York? We’ll probably never find out. And for that the ending was unforgivable.

Also I don’t know about anyone else but I wanted to see an actual wedding for Luke and Lorelai, not that trippy song and dance to the town square. WE deserved more. 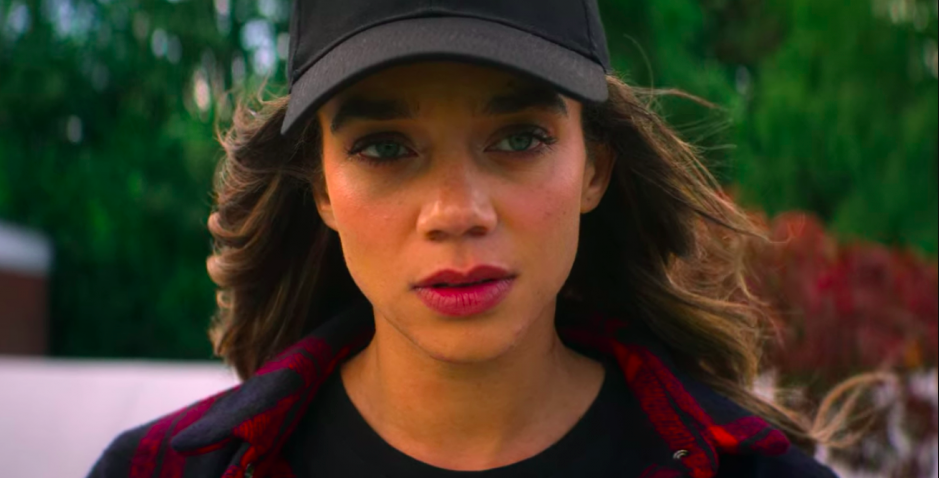 One of the most obsessed over Netflix thriller shows of this year had a very unsatisfactory ending that pissed a lot of people off.

Over the course of eight episodes the series revealed more and more secrets and amped up the drama. And then it just finished and was super confusing. It was another show where the writers clearly ran out of time and should have asked for a second season. It was lazy, messy and Netflix should have done better.

•Vote: Out of all the dumb Pretty Little Liars moments which was the most ridiculous?

•Is it just me or does the final season of Game of Thrones suck?